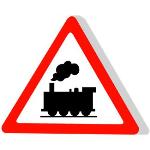 Rubbernecking at the economic train wreck of central planners is not without hazard.  A strained collar and dry eyes, for instance, are common perils.  So, too, is the lasting grimace of disbelief that comes with the rollout of each zany scheme to save us from ourselves.

Etched forehead lines and nighttime bruxism are several of the secondary effects.  Not owning shares of Amazon is another.  Though, over the long term, this will likely be an advantage.

Certainly, gawping at the present execution of monetary and fiscal policy in America is not without some benefit.  A healthy suspicion is garnered of politicians and public officials.  This, at the very least, relieves us from voter’s remorse.  Since we didn’t vote for President Obama we don’t have to live with the soiled conscious that most surely befalls those who made this grave miscalculation.

There’s also the preservation of one’s dignity that comes with the unwillingness to join in on the latest populace fad.  What a crock the Tea Party and Occupy Wall Street movements turned out to be.  Good thing we didn’t make a fool of ourselves diving head long into them.

Naturally, these are just a few of the recognizable remunerations that come with the territory.  There are some other, less obvious ones, too.

For example, one of the unique rewards of being an unremitting gadfly is the curious pleasure that comes when a notable retread bubbles up to the surface at a new post within the ruling class.  There’s a hope and optimism that, perhaps, their prior fall from grace has endowed humility…or, at the very least, some restraint.  Yet this is rarely the case.

The last time we’d heard from Kashkari was late 2009.  At the time it was he himself who was in danger of being “lost permanently.”  Following his position of federal bailout chief, which primarily consisted of rapidly dispersing Henry Paulson’s $700 billion of TARP funds, he’d suffered a crackup.  In fact, he’d taken to a cabin in the Sierra Nevada Mountains – near Donner Pass – and discovered the meaning of life chopping wood.

After making this graceful exit from public life, what in the world could’ve compelled Kashkari to sign up with the Fed?  We don’t really know for sure.  But based on this week’s comments it appears he thinks he can help people by championing cheap credit.

Regrettably, this goes to show that Kashkari didn’t learn a doggone thing from his time in Washington…scattering tax payer money to the big banks.  If he had, he’d understand that the moral hazard that comes with bailing out bankers perpetuates undue risk and ultimately puts savers and retirees in harm’s way.  He’d also recognize that stretching out the credit market primarily helps investment bankers and corporations; they are the ones who benefit most from borrowing money at an artificial discount.

Even Death Won’t Save Us

But it is Kashkari’s comment that interest rates are “about right” that’s saturated with the most conceit.  Does he know all?  Does he somehow possess the capacity to access and process all the bits of information that millions of buyers and sellers discern subjectively on daily basis?  If one man’s trash is another man’s treasure how can he possibly know what the correct price of anything should be?

Obviously, Kashkari cannot know this.  Neither can Fed Chair Yellen.  Nor the whole cadre of FOMC dot plotters.  Unquestionably, the cost of money is best left to consenting adults to determine on a transaction by transaction basis.

This, no doubt, is the fundamental shortcoming of today’s centrally planned monetary policies.  The consequences, however, are quite staggering.  They’ve pushed public and private debt well past their serviceable limits.  They’ve stretched paper currencies out like Silly Putty and propagated bubbles and busts in real estate, stock markets, emerging markets, mining, oil and gas, and just about every other market there is.

Nonetheless, these officers of the state won’t let it alone.  They may take recluse in the woods from time to time, but they always reappear with more positive offerings for society.  The most successful helpers ascend to the Senate, where they spend the rest of their days running interference as they shuffle money out the back door in overstuffed barrels of pork.

The only thing that stops them is death itself.  But, alas, even death won’t save us.  For there is always a long line of noble fellows, eager to step in and fight the cause.

Return from Even Death Won’t Save Us to Economic Prism