Mind The Red Ponzi: The World’s Growth Engine Is Sputtering

It wasn’t the lowest on record last month, but it really was. There were two other occasions when growth of Chinese Industrial Production was less, but those were both prior February’s so you know what that really means (Golden Weeks). According to China’s National Bureau of Statistics (NBS) yesterday, IP gained just 5.0% year-over-year in May 2019. 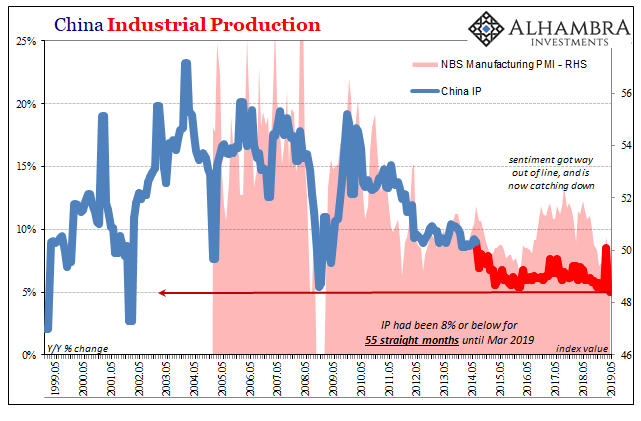