By John R. Graham at National Center for Policy Analysis 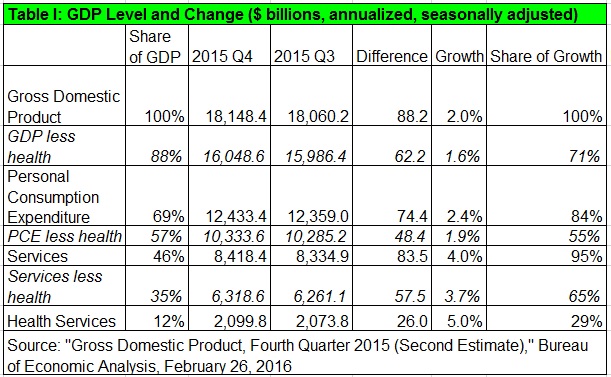 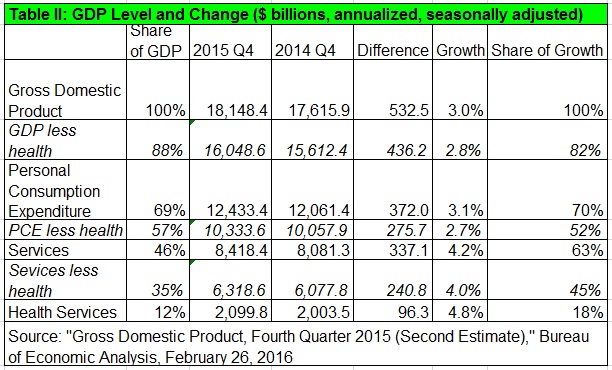 Technical note: When I discuss health services in these quarterly GDP releases, I mean only health services. I do not include purchases of medical equipment, or facilities construction. While I include Medicare and Medicaid, I do not include Veterans Health Administration or other government benefits. So, these dollar figures undercount the amount of our economy consumed by the government-health complex.