If there was any doubt that Brexit was “relevant” then the surges in European peripheral bond risk,despite massive bond-buying by The ECB, should send shivers up and down the status quo huggers that are shrugging the referendum decision off because “central banks will provide liquidity.” However, it’s not just The UK that EU officials need to worry about, as The Globalist notes, Germany will have to change its policies if it wants to avoid exit of other countries from the eurozone.

Portugal, Italy, and Spain are all seeing bond risk explode in recent weeks… 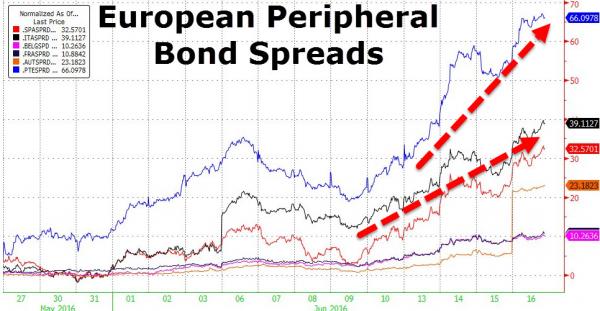 As The Globalist’s Daniel Stelter explains…

“Please don’t go” pleads the German newsweekly Der Spiegel on its cover this week, asking the British to vote against Brexit on June 23rd. Indeed, especially from the point of view of Germany, Brexit would be a disaster.

We Germans would be left without a pro-market partner among the larger EU economies. After a British exit, the EU would be dominated by countries believing in the power of the state and the virtues of redistribution. The European Union would lose a pivotal voice of economic common sense without the UK as a member.

On more than 20 pages of coverage, Der Spiegel brings up many arguments in favor of a “remain” vote. Reading it all, one is left with the distinct impression that the supporters of Brexit have nostalgic memories of Britain’s glorious past and are more emotional than rational in their views.

Astonishingly, the major economic problems of Europe and the eurozone are left unaddressed. Wolfgang Schäuble, the German finance minister, can even claim in an interview that Spain, Portugal and Ireland “have overcome the crisis” and that “much also has happened in Greece.” Well, as we all know:

Only thanks to the ECB’s policy of quantitative easing and negative interest rates, has the eurozone not imploded until today.

Only thanks to the ECB, do countries with higher debts and poorer demographics pay lower interest rates on their debt than does the United States of America.

Unfortunately, the ECB can only buy time. It cannot fix the underlying problems of too much debt and diverging competitiveness.

Only the politicians could handle this problem, but they shy away from tackling it for fear of their electorates. Meanwhile, debt levels grow and imbalances remain as ever before.

Germany benefits from the weak euro

Germany, for its part, celebrates an ever-growing trade surplus, which is expected to reach 9% of GDP in 2016. This strength of the German economy is also an important aspect of the ongoing Brexit discussion. Only rarely is it stated as explicitly as in this comment in The Telegraph. The argument goes as follows:

The key to German success is this: it participates in a weak currency (whose value would collapse without it) enabling its exports to sell far more cheaply than had it retained the Deutschmark. Therefore, it continues to grow in economic strength relative to its partners – including us – but especially those in the Eurozone, notably France and Italy, who would benefit greatly from restoring the Franc and the Lira

Any net exporter in the EU also benefits hugely from the vast and incomprehensible welter of EU regulations on products and employment law, which keep external competitors at arm’s length and pile costs on them if they wish access to the single market.

“Germany is so rich, and getting richer at the expense not least of its partners,” states The Telegraph and comes to the conclusion that, “German domination of the EU means it has conquered without war, and signing up to the EU is signing up to the Fourth Reich.”

Leaving aside the overblown rhetoric, according to this view, a combination of currency dumping and unfair competition lies at the heart of Germany’s success. The solution can only be a limitation of Germanys export strength.

The problem with this argument is, like with all populist arguments, that it has a grain of truth in it. Germany has indeed benefitted from the weak euro in past years. Germans have focused on producing cheaper, not smarter, since the introduction of the euro, as per capita productivity gains have stalled.

JP Morgan already showed on 2012 that a divergence of economic performance led to tensions — and even war — in Europe over the past 150 years. For the purpose of illustration, I have added the analysis for today’s development: 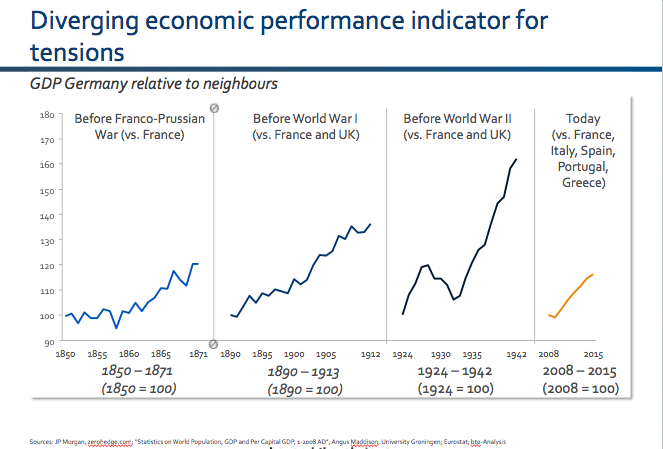 Of course, there are many more factors leading to war. In contrast to British Prime Minister David Cameron, I do not fear another war in Europe should Britain vote to leave or the whole EU fall apart.

In addition, the divergence today is not as big as in past times. Still, we should take this indicator seriously. Clearly more seriously as German politicians are taking it now.

Given the overall development, it is no wonder that the public of Europe turns more and more Euroskeptic.

Only this spring did eurozone output manage to reach pre-crisis levels. Italy and Spain are still not there yet, while France is stuck in a never ending recession, or so it seems.

Where this turns potentially toxic is that the publics of other countries would like to have a vote on remaining in Europe, just like the British.

Of course, it remains to be seen whether such a separation, if it were to happen, actually led to an improvement in the national economic situation in the respective countries.

Many factors are domestic, but at the same time it can’t be denied that Germany’s failed euro policy is a mighty contributor to the worsening sentiments.

A key precondition for a recovery of Europe from the crisis is a rebalancing of trade flows. There was some progress in the past years, but the adjustment mainly took place via lower imports. Only Spain and, to a certain extent, Italy managed to increase their exports.

Meanwhile, the German trade surplus with the other eurozone members shrank, while it grew significantly with the rest of the world.

Of course, this is not only due to the weak euro but also the industrial structure of Germany, which benefits over proportionately from globalization and industrialization.

This one-sided focus on export-based growth has led to intensified criticism in Europe and the world, including from the U.S. Secretary of the Treasury, Jacob Lew.

Therefore, it would be in Germany’s own interests to lower the export surplus. Especially as every trade surplus is linked with a similar export of savings into the world. Most of the surplus of nearly 9% of GDP will be provided as credit to customers abroad, which are already highly indebted.

In a world suffering from too much debt, it is a dubious, if not stupid strategy, to export savings and risk not getting the money back.

It would be much wiser for Germans to spend that money at home to fix the crippled infrastructureand to improve our education system.

The refusal of German politicians to acknowledge the need for a debt restructuring, which by definition needs German participation as the main creditor of the eurozone, worsens the financial, economical and political damage of the failed euro project.

It is impossible to escape bankruptcy with austerity and reforms. The German policy try to rescue the euro is a complete failure. The vote on Brexit and the increased anti-Euro-feelings of the European public prove the point.

If the Germans really want to avoid a Brexit or the exit of other countries from the Eurozone, they will have to change their policies.

Unfortunately, German politicians and economists prefer to criticize the other countries instead of doing their homework.

They oppose spending more money at home, they oppose a debt restructuring, they oppose debt monetization by the ECB, they oppose exits from the eurozone. In doing so, they increase the pressure in the system as Europe remains locked in recession.

Irrespective of how the British vote next week, the problems of Europe keep on growing. It is only a question of when, not if, a euroskeptic party gets into power in one of the largest EU economies, promising to solve all problems by exiting the Euro and the EU.

I continue to see Italy as the prime candidate for such a move. The country suffers under a recession which has by now lasted longer than the recession of the 1930s. It still has not managed to get back to 2008 GDP levels.

Unemployment is high, government debt is out of control. Closing the competitive gap to Germany by lowering wages by 30% is a ridiculous idea and an impossible task.

The alternative is to leave the eurozone. Italy could then devalue the new lira and regain competitiveness overnight. An Italian uscita (exit) – or “Uscitaly” in the latest clever term of art – is the true risk for the eurozone.

And it would be too late when Der Spiegel comes up with a new cover: “Mon dio, Italia. Si prega di non uscire!” 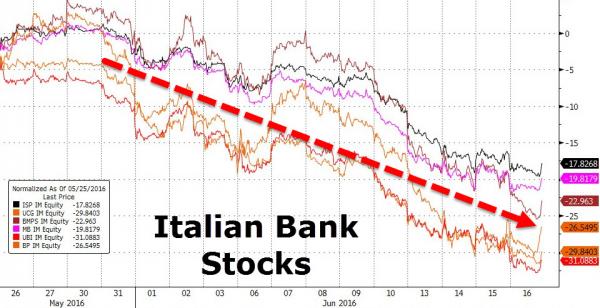 And Germany has other problems too… 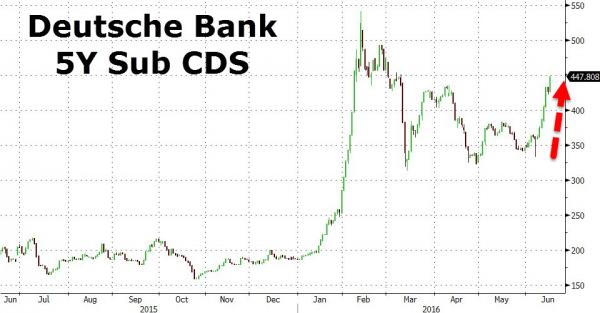