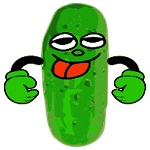 On Tuesday, for instance, he told Bloomberg he hasn’t been optimistic for “quite a while.”  Obviously, this is in contrast to the perennial Goldilocks attitude he had during the 1990s.  So what is it that has the Maestro playing a low dirge?

China, the dollar, Dodd-Frank, and associated unknowns are all part of his negative outlook.  But the long winter of his discontent is something else.  Greenspan said he “won’t be [optimistic] until we can resolve entitlement programs.”

Certainly, this is a basic insight.  But perhaps Greenspan is on to something much larger than just the issue of entitlement programs.  From what we can tell he’s getting at the question of economic growth.  Namely, what drives it?

Based on Greenspan’s example of entitlement programs, and their effect of crowding out capital investment, productivity, and standards of living, it seems he’s asserting that savings and production drive economic growth.  This, no doubt, is an important distinction.  For it goes contrary to the mainstream Keynesian economic thought of the day which asserts spending and consumption drive economic growth.

Hence, the main purpose of today’s economic policies is to increase spending and consumption to the detriment of savings and production.  To be clear, this was also the approach to monetary policy that Greenspan executed when he was Fed Chairman.  Between 1987 and 2006, while at the command of the nation’s monetary levers, Greenspan implemented these policies of mass consumption.

Moreover, Greenspan’s dirty fingerprints are all over today’s global economic problems.  For it were Greenspan’s policies of mass consumption that accelerated globalization and a lopsided trade imbalance with China and others.  Practically all the malinvestments, bubbles and busts across the planet that are presently in various stages of reckoning can be traced back to the man.

We doubt Greenspan will ever take responsibility for the effects of his actions.  But we do know that he has full knowledge of his errors.  For while Bernanke and Yellen are true believers in their craft, Greenspan knows central banking is filthy hogwash.  In particular, long before he became the Maestro, there was a time when Greenspan was openly opposed to state intervention.

Greenspan, if you didn’t know, once stood firmly behind the gold standard.  He even wrote one of its better defenses.  In his essay Gold and Economic Freedom, published in 1966, Greenspan came to the following conclusion.

“In the absence of the gold standard, there is no way to protect savings from confiscation through inflation.  There is no safe store of value.  If there were, the government would have to make its holding illegal, as was done in the case of gold.  If everyone decided, for example, to convert all his bank deposits to silver or copper or any other good, and thereafter declined to accept checks as payment for goods, bank deposits would lose their purchasing power and government-created bank credit would be worthless as a claim on goods.  The financial policy of the welfare state requires that there be no way for the owners of wealth to protect themselves.

“This is the shabby secret of the welfare statists’ tirades against gold.  Deficit spending is simply a scheme for the confiscation of wealth.  Gold stands in the way of this insidious process.  It stands as a protector of property rights.  If one grasps this, one has no difficulty in understanding the statists’ antagonism toward the gold standard.”

Years later Greenspan put his vanity above his ideals.  During his 18-plus years as Fed chairman he went on to provide the elastic currency that allowed for the national debt to stretch from $2.3 trillion to $8.5 trillion.  That amounts to a 269 percent increase.  Such a dramatic increase would never have been possible under the gold standard.

Greenspan’s elastic currency also allowed for the nation’s ballooning entitlements, funded via deficits.  Maybe his present despair stems from the full knowledge and remorse of his dirty deeds now coming home to roost.  For in Greenspan’s words, “deficit spending is simply a scheme for the confiscation of wealth.”

Just ask David Stockman.  Greenspan, bar none, perpetuated this wealth confiscation scheme with great proficiency.  Any remorse he now has is too little too late.  Like a pickled cucumber, his actions, and the actions of his predecessors, can never be undone.

Look around.  Today we’re all living with the exacting consequences of Alan Greenspan’s pickled economy.  Quite frankly, it bites.