That’s right. Assets taken by the government has surpassed that of burglaries. Today, civil asset forfeiture in the United States has exceeded $5 billion, while burglaries have dipped below $4 billion. That’s just incredible. (SEE: Civil Asset Forfeiture and the Income Tax) 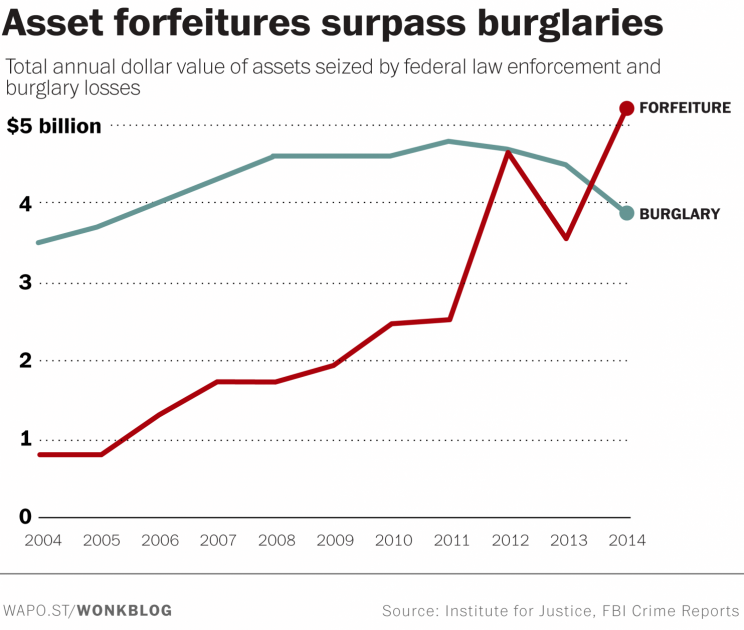 Some of the elements inside the bill consist of:

– Enhances procedural protections of forfeiture proceedings in both civil and administrative settings and prevents government overreach.

– Expands protections to innocent owners by requiring the government to prove the connection between the property and the offense and that the property was used intentionally in order to seize it.

Here is John Oliver speaking about this dubious process in 2014: