“As far as I am concerned, this is a catastrophe.”

After a blistering five-year boom of near limitless possibilities, it is suddenly getting tough in another asset class – one that mere commoner millionaires are not invited to play in: the high-dollar art market.

Auction house Sotheby’s reported on Monday that revenues in the first quarter plunged 32% from a year ago. Agency commissions and fees, the largest subcategory, plummeted 37%. Expenses edged up. Hence a resounding operating loss of $32 million – a $50-million swing from its $18 million profit a year ago.

On the news, Sotheby’s shares plunged 8%, at one point trading below $26 a share, but then miraculously bounced back and today closed at $28.72. Yet, they’re still down 38% from their 52-week high last June, and 46% from the post-financial crisis high in December 2013, the halcyon days when QE was still inflating the art market and the wealth of its participants.

At the same time, a debacle played out at Sotheby’s art sale. At its auction in New York yesterday evening, Sotheby’s sold $144.5 million in impressionist and modern art, down 61% from the auction a year ago, the worst performance since 2009.

“As far as I am concerned, this is a catastrophe,” Todd Levin, director of Levin Art Group in New York, told Bloomberg. “It’s not just enough to get the works, you have to close the deals,” he said.

There were some winners, including Auguste Rodin’s sculpture “L’Eternel Printemps,” which sold for $20.4 million, well above the presale estimate of $8 million. But those were the lucky ones. Bloomberg:

The biggest casualty at Sotheby’s was Andre Derain’s painting of a red sailboat, estimated at $15 million to $20 million. It didn’t get a single bid in the Upper East Side salesroom. Several works by Pablo Picasso also flopped, along with pieces by Paul Gauguin and Pierre-Auguste Renoir.

“That’s very much a reflection of the marketplace we are in right now,” said Helena Newman, Sotheby’s global co-head of Impressionist and modern art. Like many dealers and advisers, she described the market as “discerning” and “selective.” She added that the estimates for London sales in June will “reflect what we saw tonight.”

Premonitions of the debacle already became clear on Sunday at the post-war and contemporary art auctions held at Christie’s and Phillips, that kicked off a series of big semiannual auctions this week with a combined target estimate of $1.1 billion to $1.6 billion. 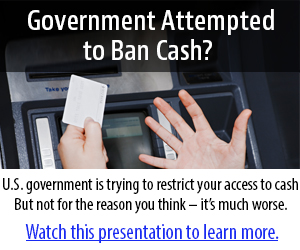 At Christie’s auction, only $78.1 million in post-war and contemporary art was sold. By comparison, at its auction a year ago, sales reached $658.5 million – over eight times this year’s tally!

Given the dismal conditions of the market this year, the auction was kept small: only 39 lots were offered, and all but one sold. But according to Art Net News, “activity and bidding in the sale room frequently seemed strained and sluggish throughout the sale.”

Art collectors that participate in these auctions are very wealthy, and most have enough liquidity to where they don’t have to sell, unless they’re caught up in a major financial nightmare. When the market gets shaky, they – and the industry gurus that advise them – figure that they might want to wait for better times rather than unload the art and further depress an already “apprehensive” market, as Brett Gorvy, Christie’s global head of postwar and contemporary art, called it euphemistically.

At Phillips, a boutique auction house owned by Russia’s Mercury Group, the auction offered 37 lots on Sunday. Three failed to sell. The rest sold for a total of $46.6 million, down by about half from a year ago.

“That’s largely a result of a contracting market,” Phillips CEO Ed Dolman told Bloomberg. “We are going to see smaller sales across the board.”

These investors – and their appetite for art – have been beaten up by a slew of unsavory post-QE factors: volatile stock markets, with some of the markets around the globe deep into a bear market; residential real estate in trophy cities that is starting to sag; an oil-price crash that hit Russian oligarchs particularly hard; crummy hedge-fund performance where some big-name hedge funds have turned into veritable money evaporators; PE firms that are starting to take losses….

These factors seemed unimaginable during the glory days of QE and “QE Infinity,” in the now bygone era when central banks were still considered omnipotent market inflators that would always be able to transfer more wealth to those who already had the most.

But now there’s anxiety among these investors that have become so much wealthier during those seven years of what Ben Bernanke called the “wealth effect.” Suddenly, they’re worried that this system has hit its limits, and that some sense of reality – a horrid concept – might return to some of the markets and their valuations, and this anxiety is making them skittish.

Already, the luxury condo boom in Lower Manhattan has turned into a phenomenal glut, and prices are beginning to sag. Read…  Another Condo Bubble Bites the Dust