Today, U.S. fast-food workers will strike across 270 cities in a protest for higher wages and union rights that they hope will catch the attention of candidates in 2016 elections, organizers said.

The walkouts will be followed by protests in 500 cities by low-wage workers in such sectors as fast food and home and child care, a statement by organizers of the Fight for $15 campaign said on Monday.

The protests and strikes are aimed at gaining candidates’ support heading into the 2016 election for a minimum wage of $15 an hour and union rights, it said.

The strikes and protests will include workers from McDonald’s, Wendy’s, Burger King , KFC and other restaurants, the statement said.

And while we sympathize with their demands for higher wages, here is the simple reason why they will be very much futile.

Dear fast food workers of the US – presenting you nemesis: the Momentum Machines burger maker.

According to a recent BofA reported on how robotics will reshape the world, San Francisco start up Momentum Machines are out to fully automate the production of burgers with the aim of replacing a human fast food worker. The machine can shape burgers from ground meat, grill them to order with the specified amount of char, toast buns, add tomatoes, onions, pickles, and finally place it on a conveyor belt.

The robot is shown below. It occupies 24 square feet, and is much smaller and efficient than most assembly-line fast-food operations. It provides “gourmet cooking methods never before used in a fast food restaurant” and will deposit the completed burger into a bag. It does all of this without a trace of attitude. 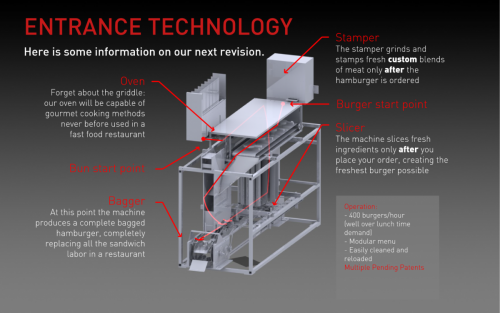 According to public data, the company’s robot can “slice toppings like tomatoes and pickles immediately before it places the slice onto your burger, giving you the freshest burger possible.” Unlike human workers, the robot is “more consistent, more sanitary, and can produce ~360 hamburgers per hour” or a burger every 10 seconds.

Furthermore, future generations of the device “will offer custom meat grinds for every single customer. Want a patty with 1/3 pork and 2/3 bison ground to order? No problem.”

As the company’s website adds, “our various technologies can produce an ever-growing list of common choices like salads, sandwiches, hamburgers, and many other multi-ingredient foods with a gourmet focus.”

But most importantly, it has no wage demands: once one is purchashed it will work with 100% efficiency for years. And it never goes on strike. 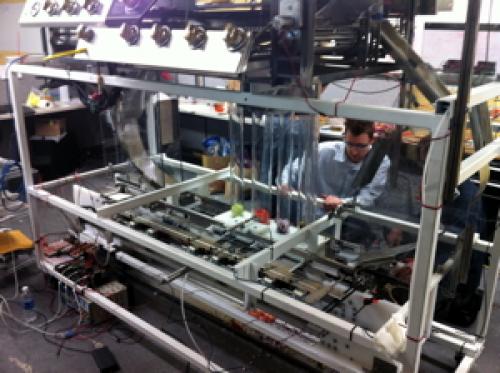 The issue of machines and job displacement has been around for centuries and economists generally accept that technology like ours actually causes an increase in employment.

The three factors that contribute to this are

This is a major problem for the US economy, which once built on a manufacturing backbone, has seen the fastest jobs growth in recent years for workers employed by “food service and drinking places” i.e., fast food workers, waiters and bartenders. 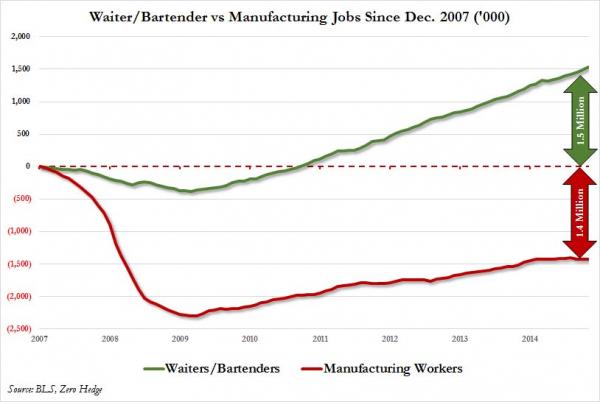 Finally, for those complaining that there will be no “human touch” left to take the orders, robots have that covered too:

And now it’s time to calculate how many tens if not hundreds of billions in additional welfare spending these soon to be unemployed millions in low-skilled workers will cost US taxpayers.

Source: Dear Striking Fast-Food Workers: Meet the Machine That Just Put You Out Of A Job – ZeroHedge