August 2007 Again—Fergitdabout A Second Half Rebound!

But as in the summer of 2007, officials were similarly dismissive. They were overly sanguine about monetary and economic prospects because they hadn’t yet been shown how central banks weren’t central (Economists and central bankers still haven’t conceded to this reality, which is why we are right back here again for a fourth time in a decade plus). Bernanke said “subprime was contained” in March 2007. Bill Dudley did him one better, telling the FOMC “there was nothing imminent” just two days before the whole damn thing broke apart. 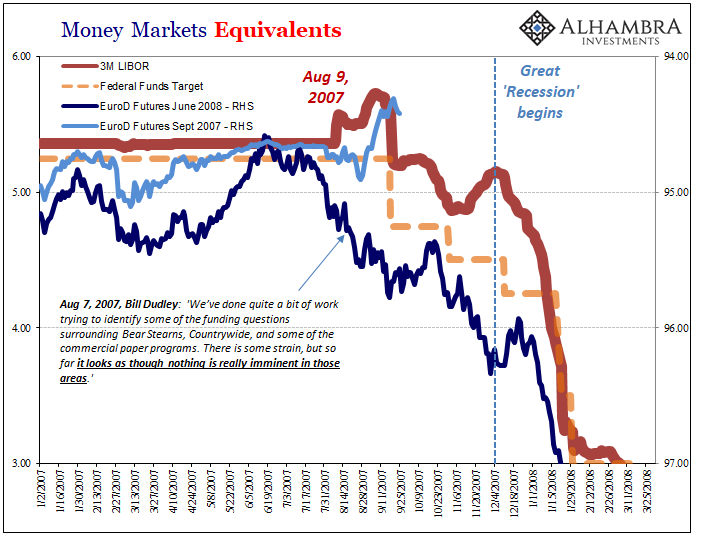