Beyond Stupidity: Since September, The Fed Pleasured The Crybabies Of Wall Street With $278 Billion

Total assets on the Fed’s balance sheet, released today, jumped by $94 billion over the past month through November 6, to $4.04 trillion, after having jumped $184 billion in September. Over those two months combined, as the Fed got suckered by the repo market, it piled $278 billion onto it balance sheet, the fastest increase since the post-Lehman month in late 2008 and early 2009, when all heck had broken loose – this is how crazy the Fed has gotten trying to bail out the crybabies on Wall Street: 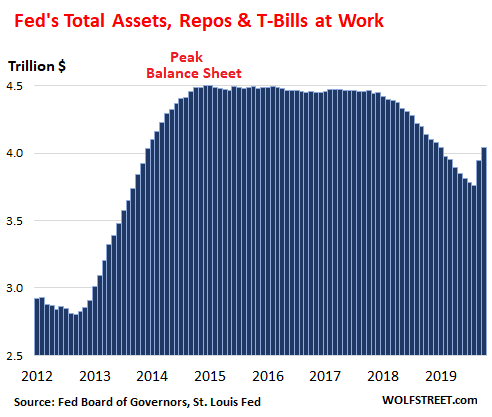