With its stock in a relentless slide over the past 3 years, and hitting a new 5 years low earlier today, many had hoped that it can’t get much worse for the one tech investment made in recent years by Warren Buffett. The wait for news was over moments ago when IBM released Q4 operating EPS, which at $4.84 beat sharply lowered expectations of a $4.81, and a 17% drop from a year ago.  GAAP EPS was $4.59.

It appears that IBM once again “beat” the GAAP EPS by using the oldest trick in the accounting book: a sharply lower effective tax rate.

While IBM had used 22.3% for its tax rate a year ago, it decided to use a far lower effective tax rate in the current quarter, only 12.5%. The non-GAAP tax rate was also sharply lower. This is what the company said:

IBM’s tax rate from continuing operations was 12.5 percent, down 9.7 points year over year; the operating (non-GAAP) tax rate was 14.7 percent, down 7.1 points compared to the year-ago period driven by current period discrete items. 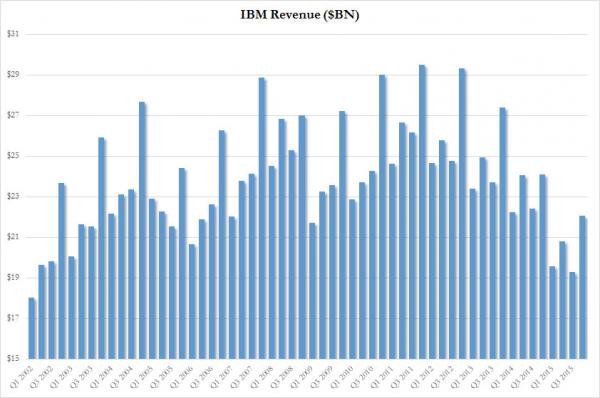 And then there was the top line: at $22.1 billion, while matching estimates, this was yet another consecutive drop in Y/Y revenues. In fact, as shown in the chart below, IBM has now seen its revenues drop for 15 consecutive quarters. 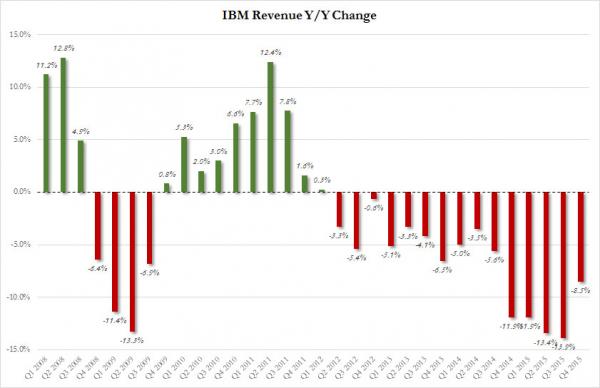 The stock, after spiking initially on the algo kneejerk reaction to the beat, has since dropped to a new five-year low. 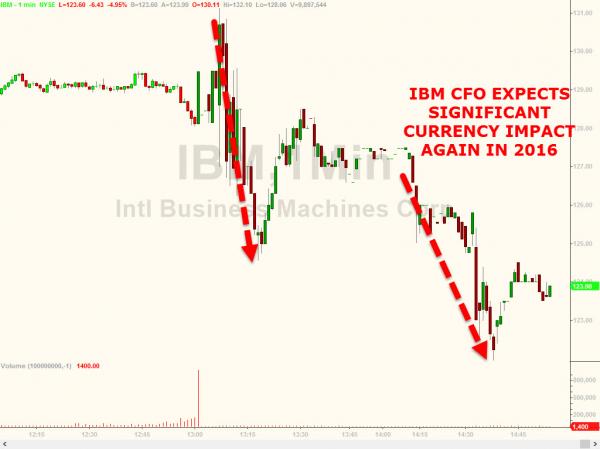