Bill Gross says negative interest rates are nothing but liabilities 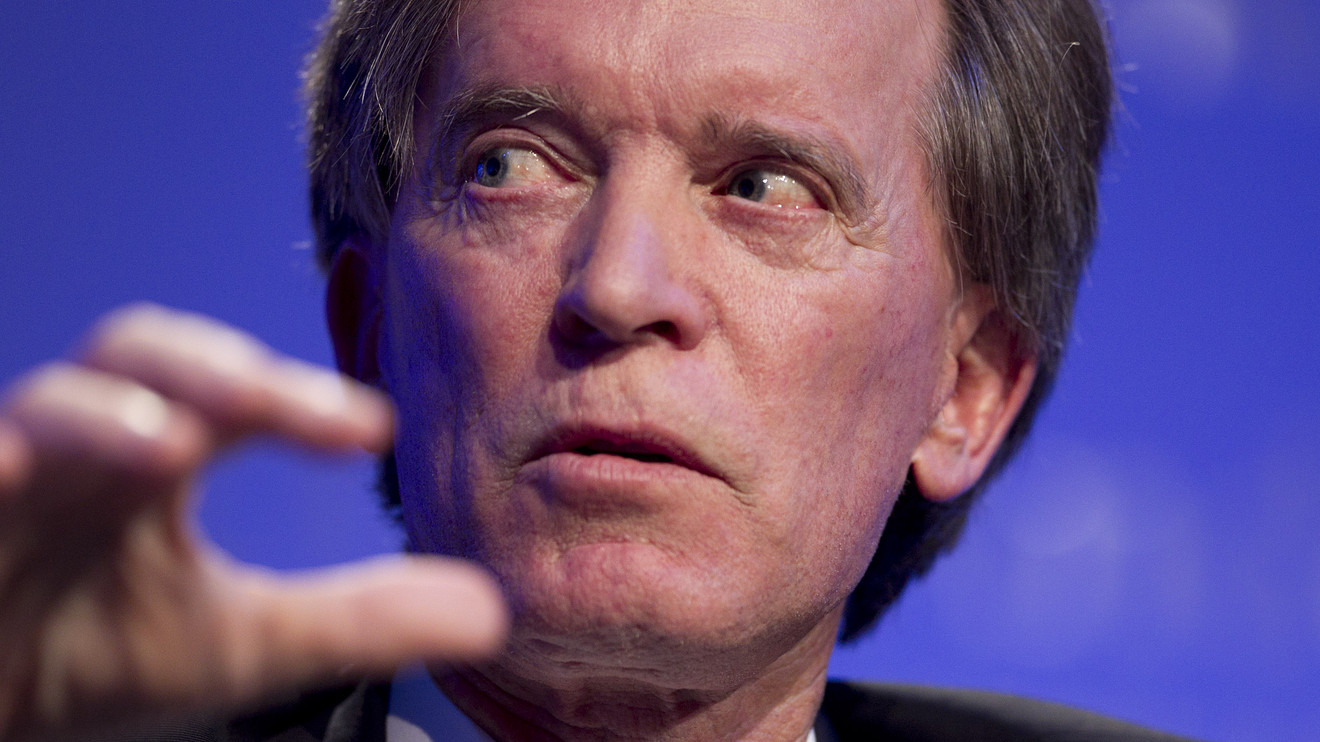 His gripe about negative interest rates and a flood of debt, which he considers a risk, not a fix, for a global economy that’s still limping out of the financial crisis, is challenged daily by resilient demand for the bonds he’s bearish on. But even if being “right” eventually is a hard sell right now, he’s not backing down, Gross said in his latest monthly commentary.

“The problem with Cassandras, such as Gross and Jim Grant and Stanley Druckenmiller, among a host of others, is that we/they can be compared to a broken watch that is right twice a day but wrong for the other 1,438 minutes,” Gross wrote. “But believe me: This watch is ticking because of high global debt and out-of-date monetary/fiscal policies that hurt rather than heal real economies.”

Germany, Switzerland, France, Spain and Japan are among countries that have negative yields on government-issued debt. Their hope is that cheap, even free, borrowing raises inflation and revives asset prices that can filter through economies; they argue extreme policies have been needed. Gross and others have argued that rates, including those at the Federal Reserve, at near zero or below won’t create sustainable economic growth and actually undermine capitalism.

The U.S. has not tipped rates quite as low as other central banks and the Federal Reserve weaned markets off its quantitative-easing program well ahead of its big-economy brethren. Still, Federal Reserve Chairwoman Janet Yellen said last week at the Fed’s Jackson Hole retreat that she wants her policy kit to include all tools, including further asset purchases if necessary.

Divergence with the rest of the world only complicates the debate over when and how aggressively the Fed should dial back accommodative policy. Was that enough to scare off most bond investors? Apparently not. Treasury yields TMUBMUSD10Y, -1.35% logged their largest daily drop in nearly two months to kick off this week, taking back their Fed-spooked gain from hawkish comments at Jackson Hole. Yields, of course, fall when prices rise, and vice versa.

At that mountain gathering, Fed second-in-command Stanley Fischer opened the door to more than one rate increase this year, depending on economic data. And Fischer himself said Fed Chairwoman Janet Yellen’s stance appears in line with that mind-set.

But Gross questions the long-term effects of the world’s unprecedented yield conditions and central banker reluctance to let them go.

“Capitalism, almost commonsensically, cannot function well at the zero bound or with a minus sign as a yield,” wrote Gross, who manages the Janus Global Unconstrained Bond Fund, up just over 4% year to date. “$11 trillion of negative yielding bonds are not assets — they are liabilities. Factor that, Ms. Yellen, into your asset price objective.”