Portugal has entered dangerous political waters. For the first time since the creation of Europe’s monetary union, a member state has taken the explicit step of forbidding eurosceptic parties from taking office on the grounds of national interest.

Anibal Cavaco Silva, Portugal’s constitutional president, has refused to appoint a Left-wing coalition government even though it secured an absolute majority in the Portuguese parliament and won a mandate to smash the austerity regime bequeathed by the EU-IMF Troika.

• Indebted Portugal is still the problem child of the eurozone

He deemed it too risky to let the Left Bloc or the Communists come close to power, insisting that conservatives should soldier on as a minority in order to satisfy Brussels and appease foreign financial markets.

Democracy must take second place to the higher imperative of euro rules and membership.

“In 40 years of democracy, no government in Portugal has ever depended on the support of anti-European forces, that is to say forces that campaigned to abrogate the Lisbon Treaty, the Fiscal Compact, the Growth and Stability Pact, as well as to dismantle monetary union and take Portugal out of the euro, in addition to wanting the dissolution of NATO,” said Mr Cavaco Silva. 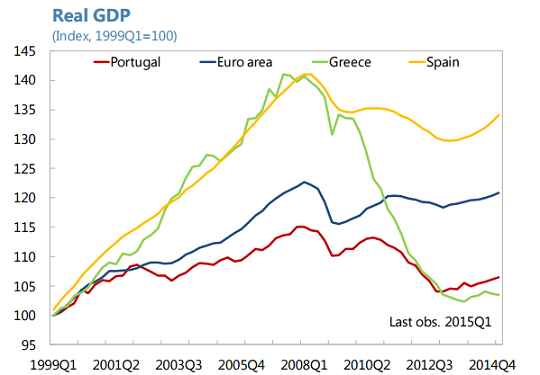 “This is the worst moment for a radical change to the foundations of our democracy.

“After we carried out an onerous programme of financial assistance, entailing heavy sacrifices, it is my duty, within my constitutional powers, to do everything possible to prevent false signals being sent to financial institutions, investors and markets,” he said.

Mr Cavaco Silva argued that the great majority of the Portuguese people did not vote for parties that want a return to the escudo or that advocate a traumatic showdown with Brussels.

This is true, but he skipped over the other core message from the elections held three weeks ago: that they also voted for an end to wage cuts and Troika austerity. The combined parties of the Left won 50.7pc of the vote. Led by the Socialists, they control the Assembleia.

The conservative premier, Pedro Passos Coelho, came first and therefore gets first shot at forming a government, but his Right-wing coalition as a whole secured just 38.5pc of the vote. It lost 28 seats.

The Socialist leader, Antonio Costa, has reacted with fury, damning the president’s action as a “grave mistake” that threatens to engulf the country in a political firestorm.

“It is unacceptable to usurp the exclusive powers of parliament. The Socialists will not take lessons from professor Cavaco Silva on the defence of our democracy,” he said.

Mr Costa vowed to press ahead with his plans to form a triple-Left coalition, and warned that the Right-wing rump government will face an immediate vote of no confidence.

There can be no fresh elections until the second half of next year under Portugal’s constitution, risking almost a year of paralysis that puts the country on a collision course with Brussels and ultimately threatens to reignite the country’s debt crisis.

The bond market has reacted calmly to events in Lisbon but it is no longer a sensitive gauge now that the European Central Bank is mopping up Portuguese debt under quantitative easing.

Portugal is no longer under a Troika regime and does not face an immediate funding crunch, holding cash reserves above €8bn. Yet the IMF says the country remains “highly vulnerable” if there is any shock or the country fails to deliver on reforms, currently deemed to have “stalled”.

Public debt is 127pc of GDP and total debt is 370pc, worse than in Greece. Net external liabilities are more than 220pc of GDP. 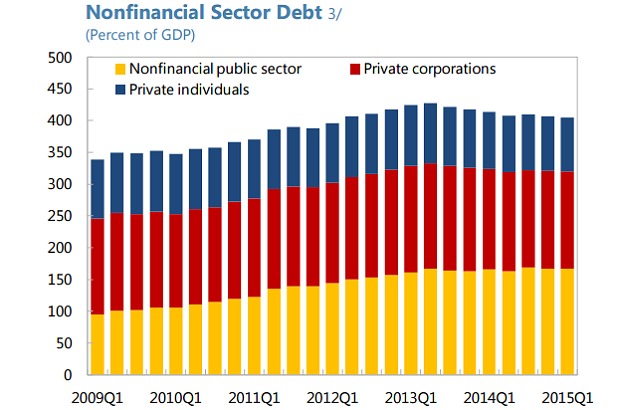 The IMF warned that Portugal’s “export miracle” remains narrowly based, the headline gains flattered by re-exports with little value added. “A durable rebalancing of the economy has not taken place,” it said.

“The president has created a constitutional crisis,” said Rui Tavares, a radical green MEP. “He is saying that he will never allow the formation of a government containing Leftists and Communists. People are amazed by what has happened.”

Mr Tavares said the president has invoked the spectre of the Communists and the Left Bloc as a “straw man” to prevent the Left taking power at all, knowing full well that the two parties agreed to drop their demands for euro-exit, a withdrawal from Nato and nationalisation of the commanding heights of the economy under a compromise deal to the forge the coalition.

President Cavaco Silva may be correct is calculating that a Socialist government in league with the Communists would precipitate a major clash with the EU austerity mandarins. Mr Costa’s grand plan for Keynesian reflation – led by spending on education and health – is entirely incompatible with the EU’s Fiscal Compact. 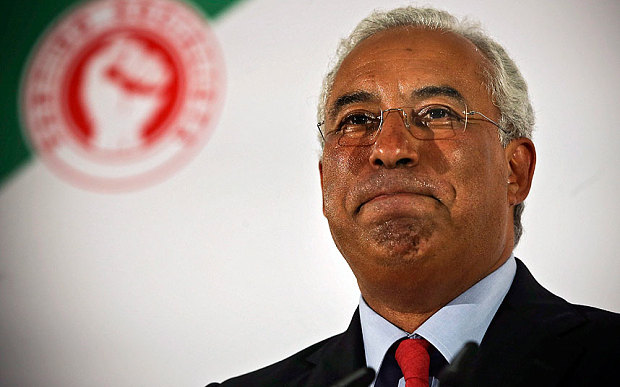 The secretary-general of the Portuguese Socialist Party, Antonio Costa, appears on Saturday after the election results are made public  Photo: EPA

This foolish treaty law obliges Portugal to cut its debt to 60pc of GDP over the next 20 years in a permanent austerity trap, and to do it just as the rest of southern Europe is trying to do the same thing, and all against a backdrop of powerful deflationary forces worldwide.

The strategy of chipping away at the country’s massive debt burden by permanent belt-tightening is largely self-defeating, since the denominator effect of stagnant nominal GDP aggravates debt dynamics.

It is also pointless. Portugal will require a debt write-off when the next global downturn hits in earnest. There is no chance whatsoever that Germany will agree to EMU fiscal union in time to prevent this.

The chief consequence of drawing out the agony is deep hysteresis in the labour markets and chronically low levels of investment that blight the future.

Mr Cavaco Silva is effectively using his office to impose a reactionary ideological agenda, in the interests of creditors and the EMU establishment, and dressing it up with remarkable Chutzpah as a defence of democracy.

The Portuguese Socialists and Communists have buried the hatchet on their bitter divisions for the first time since the Carnation Revolution and the overthrow of the Salazar dictatorship in the 1970s, yet they are being denied their parliamentary prerogative to form a majority government.

This is a dangerous demarche. The Portuguese conservatives and their media allies behave as if the Left has no legitimate right to take power, and must be held in check by any means.

These reflexes are familiar – and chilling – to anybody familiar with 20th century Iberian history, or indeed Latin America. That it is being done in the name of the euro is entirely to be expected.

Greece’s Syriza movement, Europe’s first radical-Left government in Europe since the Second World War, was crushed into submission for daring to confront eurozone ideology. Now the Portuguese Left is running into a variant of the same meat-grinder.

Europe’s socialists face a dilemma. They are at last waking up to the unpleasant truth that monetary union is an authoritarian Right-wing enterprise that has slipped its democratic leash, yet if they act on this insight in any way they risk being prevented from taking power.

Brussels really has created a monster.