California Housing And The Bubble At Hand

Janet Yellen is an officious school marm. She constantly lectures us on Keynesian verities as if they were the equivalent of Newton’s Law or the Pythagorean Theorem. In fact, they constitute self-serving dogma of modern vintage that is marshaled to justify what is at bottom an economic absurdity. Namely, that through the primitive act of banging the securities “buy” key over and over and thereby massively expanding its balance sheet, the Fed can cause real wealth—-embodying the sweat of labor, the consumption of capital and the fruits of enterprise—-to magically expand beyond what the free market would generate on its own steam.

In a fit of professorial arrogance, Bernanke even had the gall to call this the helicopter money process. His contention was that the rubes on main street would happily scoop up the falling bills and coins and soon “spend” the economy into a fit of expansion. In other words, according to Bernanke the essential ingredient in economic life is money demand, which is a gift of the state’s central banking branch, rather than production, savings, innovation and enterprise, which arise on the free market in consequences of millions of workers and businesses pursuing their own ends.

Indeed, under Keynesian dogma the latter can be taken for granted; the supply of labor, enterprise and output is automatic and endless until an ethereal quantity called potential GDP is fully realized. To achieve the latter requires that the state dispense exactly the right level of money demand so that the rubes on main street will not stubbornly remain poorer than they need be. This unhappy estate happens, of course, owing to their inexorable propensity to withhold the production and enterprise of which they are capable (i.e. keep plants idle and labor unemployed).

Stated differently, under Yellen’s primitive bathtub economics there is no possibility of inflation unless the central bank mistakenly over-dispenses money demand to the point where actual GDP and the job count overflows potential GDP and the full-employment of labor. Needless to say, we can trust the experts in the Eccles Building to stay on the safe side of this potential GDP divide—-an invisible boundary which can only be seen and calibrated by economics PhDs.

Once upon a time the world knew better. The pre-Keynesian rule was that when central banks hit the “buy” key they always and everywhere create monetary inflation. Ordinarily that resulted in the inflation of credit, which, in turn, caused prices to rise—whether of commodities, services, wages, real estate or financial assets like stocks and bonds.

Accordingly, the old-timers were always on the look-out for inflation and after the calamity of 1929 were especially attuned to inflation of financial assets and stock price manias. William McChesney Martin, the storied Fed Chairman of sound money beliefs and deeds, for example, famously took away the punchbowl in mid-1958 only a few months after the recession ended not because the CPI was yet rising too fast, but because Wall Street speculators on margin credit were getting too frisky.

The disastrous Great Inflation of the 1970s proved the case. After Nixon unshackled Fed Chairman Arthur Burns at Camp David in August 1971, US bank credit grew by leaps and bonds; the US and then the global economy rapidly and dramatically overheated; and commodity prices at first and then the price of labor and consumer goods soon thereafter soared at rates never before experienced during peacetime. During the sound money decade ending in 1963, for instance, the CPI crept up at a 1.2% annual rate. By contrast, during the 10 years after Camp David, inflation averaged nearly 9%.

Unfortunately, Volcker’s hard-won victory over wage, commodity and CPI inflation was thrown to the winds by Greenspan and his successors.  Like Arthur Burns, they hit the “buy” key over and over, causing credit in the banking system and capital markets to expand massively.  When Greenspan took office in 1987, for example, public and private credit market debt outstanding in the US was about $10 trillion or 190% of GDP. Today it is nearly $60 trillion or 350% of GDP.

Those extra turns of leverage—in effect, a national LBO—caused a vast inflation of financial assets. But this self-evident deformation was explained away by the newly ascendant money printers at the Fed on the spurious grounds that the CPI remained “well behaved”.

Well, of course it did. In part, this was due to the fact that the CPI was seriously tampered with during the 1990s under Greenspan’s auspices in a move to shorten the measuring stick so that old people would be deprived of their full social security COLA.

But mainly there was no abnormal CPI inflation because the US money printing disease was adopted by the newly emerging mercantilist exporters of Asia—-a maneuver that brought a billion peasants out of the subsistence economy of the rice paddies and into the east Asian factories and world trade. Needless to say, this 20-year outpouring of cheap labor and factory goods kept the CPI in check–even as the credit swollen US economy borrowed $8 trillion in cumulative current account deficits from the rest of the world.

The monetary and credit inflation, therefore, was channeled into the domestic housing market and the stock market. Twice this century these bubbles have violently collapsed. Both times they Keynesian money printers have had no explanation for the collapse and the resulting trauma among main street “investors” and spill-overs on real economic activity.

Indeed, the prescription has been to double down with more monetary and credit inflation. In the immediate aftermath of the September 2008 financial meltdown it was widely acknowledged that the US economy was burdened with far too much debt. Yet today total credit market debt outstanding is more than $8 trillion greater than it was on the eve of the last crisis.

So the problem with monetary inflation—a process that has taken the Fed’s balance sheet from $200 billion when Greenspan took office to nearly $4.4 trillion today—is that its deformations, distortions and malinvestments are cumulative.   Worse still, owing to the “recency bias” of players in the Fed’s financial casino, increasingly outlandish pricing errors are taken for granted. They are viewed as part of the bubble landscape, rather than as a screaming indictment of the monetary inflations’ insidious results.

On the theory that perhaps at some point a picture can overcome the dense dogma of our benighted Keynesian money printers in the Eccles Building, the two illustrations below from the Dr. Housing Bubble Blog are offered.  Arcardia and San Marino, California are most definitely not unique national treasures where cracker-box houses should be valued at $1-$1.5 million.  No, they are just at the leading edge of the renewed speculative mania that has been touched off by the Fed’s latest and greatest monetary inflation.

Dr. Yellen, of course, claims there are no financial bubbles to worry about because the Keynesian bathtub of potential GDP has not yet been filled to the brim.  Perhaps she would like to put in a bid for one of these.

The first area we should examine is Arcadia. Arcadia has benefitted from heavy investor demand and continues to be a target for hot money. 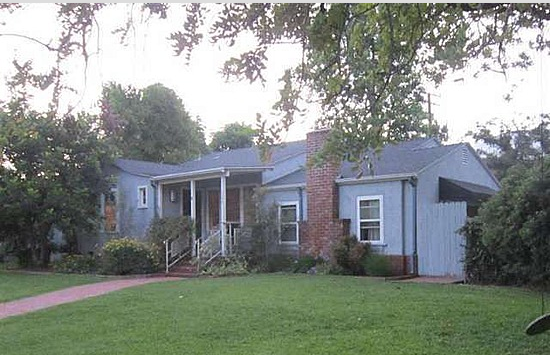 Our final stop takes us to investor magnate San Marino. 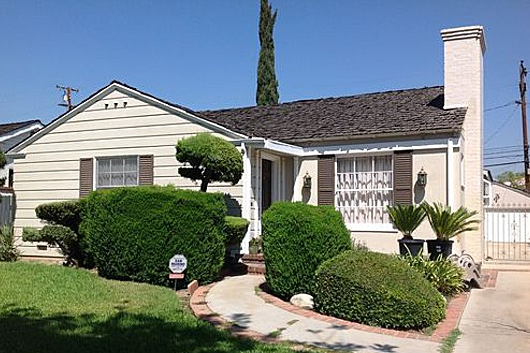