Can You Say False Flag? The Iranians May Be Religious Troglodytes, But They Ain’t Stupid!

There are many parties in the Middle East and in the United States who are interested in goading the U.S. into a military confrontation with Iran. Most of these parties have the capability to launch clandestine attacks on civilian vessels. That the U.S. government would blame Iran for any such attack is obvious. But even Israeli analysts doubt that Iran is responsible for the recent incidents. The German government doubts that video the U.S. presented shows anything of significance. Others point at the suspicious timing of the incident. 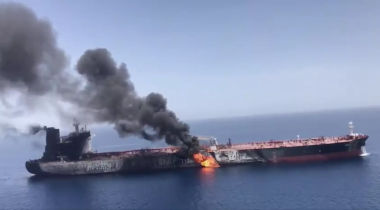