Celebrating this Land of Absurdity 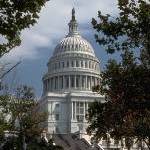 “Myths and legends die hard in America,” remarked Hunter S. Thompson in The Great Shark Hunt, nearly 40-years ago.  Thompson didn’t likely have U.S. Treasury bonds in mind when he made this observation.  Though, if he were still alive, he may find the present state of the great Treasury bond bubble to be an amusing anecdote.

On Monday the yield on the 10-Year Treasury note touched down at 1.45 percent.  This is but a scant distance from the 1.39 percent yield reached in July 2012.  What compels someone of sound mind and honest convictions to give their hard earned money to the government for 10-years for just a 1.45 percent yield?

Is it the myth that U.S. Treasuries are the safest – default-free – investment in the world?  Is it the legend of American exceptionalism?  Maybe it’s both…or maybe it’s neither.

As far as we can tell, U.S. Treasury investors suffer the same cognitive dissonance that the broad U.S. populace takes with them to the shore each July 4th as they celebrate Independence.  These freedom lovers, descendants of none less than Davey Crockett, eat hotdogs and revel in their illusions of what America is.  Their zeal is impressive.

Yet at the same time they sense that something’s off.  That somehow the facts don’t jive with the narrative.  If they contemplate it at all, they find they’re unable to reconcile that their fundamental rights have been trampled on by their own government.

Uncompromising independence, rugged individualism, and unbounded personal freedom were once ideals essential to the American character.  According to popular American folklore, they still are.  We have some reservations.

In practice, the principles that gave rise to the great myths and legends of America died long ago.  Freedom.  Liberty.  Independence.  Limited representative government.  Sound money.  Private property rights.  A humble and esteemable populace.  Avoidance of foreign entanglements.  Rafting down the Mississippi River.

These concepts, in reality, faded away from daily life over the last century like stars in the morning.  Over the last 100 years Washington has become a sort of money sucking vortex.  At the Capitol Building sits a cadre of legislatures and an army of staffers working up new laws to take your money.

New rules, proposed rules, and notices are published daily in the Federal Register.  A quick read of the daily publication – presently about 80,000 pages – will enlighten and alarm you to the vast array of agencies, departments, and commissions and their vast array of daily nonsense.

With all these rules, it’s become near impossible to earn an honest living, and set aside a few bucks, without the IRS making a federal case out of it.  Was overtime pay properly reported?  Were company sponsored parking lot fees disclosed as taxable benefits?

Celebrating this Land of Absurdity

Monday is Independence Day.  By now many Americans have clocked off early for the weekend to celebrate the occasion.  We’re not here to bemoan America’s devolution into absurdity.

The truth bites.  So why adhere to it when it’s much, much more agreeable to believe myths and legends?

Thus for one day we’ll not grumble that our government is broke and our leaders are imposters.  Nor will we complain that an unelected committee creates digital monetary credits with a few key strokes and then uses it to make interest bearing loans to the government.  Instead, we’ll celebrate America for what it is.

Of course, what must happen, will happen.  Obviously, it’s not our place to get in the way of destiny.

Besides, all is not lost – just yet.  We can still say the President is a Dumbo eared doofus who wears mom jeans and throws like a girl without fear of being thrown in the hoosegow.  That’s liberty, after all, and we won’t take it for granted.

Return from Celebrating this Land of Absurdity to Economic Prism