The self-described “magic people” who “give to the markets” are facing a mutiny this morning as Raghuram Rajan, the head of the Indian central bank, admits central banks and governments of rich countries are running out of ammunition for stimulating their economies… but they can never admit as much. Crushing the dreams of “extreme monetary policy”-setters, Rajan goes on to discuss the sanity of ‘helicopter money’ warning that people will not be ‘stimulated’ to spend but will question: “What kind of world are we in when the central bank prints money and throws it out of the window?”

Mr. Rajan – an outspoke critic of low interest rates in rich countries that can drive hot-money flows to poorer parts of the world – criticised efforts to use fiscal and monetary policy and infrastructure programmes to boost growth rates in advanced economies. As The FT reports,

Although Mr Rajan said there were limits on stimulus, he said central banks “cannot claim to be out of ammunition because immediately that would create the wrong kind of expectations, so there’s always something up their sleeves”.

Mr Rajan said he was a supporter of stimulus policies to “balance things out” over short periods when households or companies were proving excessively cautious with their spending. But eight years after the financial crisis, we “have to ask ourselves is that the real problem?”.

“I have this image of stimulus as a bridge,” he said. “As the economy goes down, there is an expectation it will come up. Stimulus is a bridge which smoothes over the growth rate of the economy and prevents damaging expectations from building up.”

If stimulus went on for a long time, if it did not work, he said, the adjustment would be sharp, indicating there was little room for further stimulus.

Mr Rajan warned governments not to rely too much on fiscal stimulus through cutting taxes or increasing public spending. “If your debt to GDP is over 100 per cent, [and you] do more fiscal stimulus, you’d better have a pretty high rate of return in mind, otherwise your younger and middle-aged generations are thinking ‘This thing is not going to return enough, but I’m going to have to pay for it’.”

Central bankers were also under “stress” to stimulate more when inflation was below target, Rajan continued to explains to The FT…

The most extreme forms of stimulus — such as “helicopter money”, where the central bank prints money so that governments can give a cheque to their citizens — were unlikely to work, Mr Rajan said.

The Bank of Japan and the European Central Bank are under pressure to consider such a move but Mr Rajan said there was a good chance households would see the move as a sign of panic rather than a sign to spend more.

“Is the advent of helicopter money going to result in everybody going out and spending as though there is no tomorrow when they get a cheque? Or are they going to ask, ‘What kind of world are we in when the central bank prints money and throws it out of the window?’”

Mr Rajan said that instead of seeking stimulus, people should recognise that slower growth was probably a part of ageing economies and perhaps the result of low interest rates, which protected inefficient companies from going out of business.

Which makes no sense whatsoever… because the central planners are “magic” and can do anything, right? Just look at the ‘markets’… 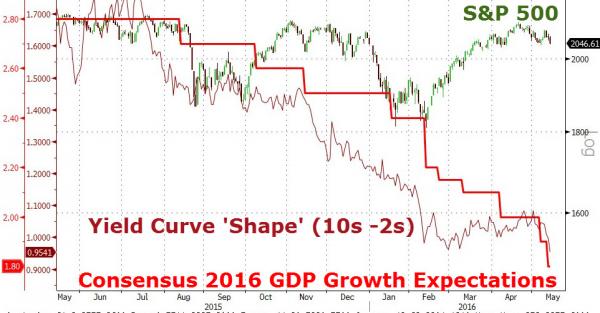