Chart of the Decade: European Banks Fleeing German Banks Like Rats From A Sinking Ship

Banks have been pulling their money out of other banks in Europe like rats deserting a sinking ship since 2012. Even the advent of QE in 2014 only slowed the stampede. European banks are still gettin’ out of Dodge. 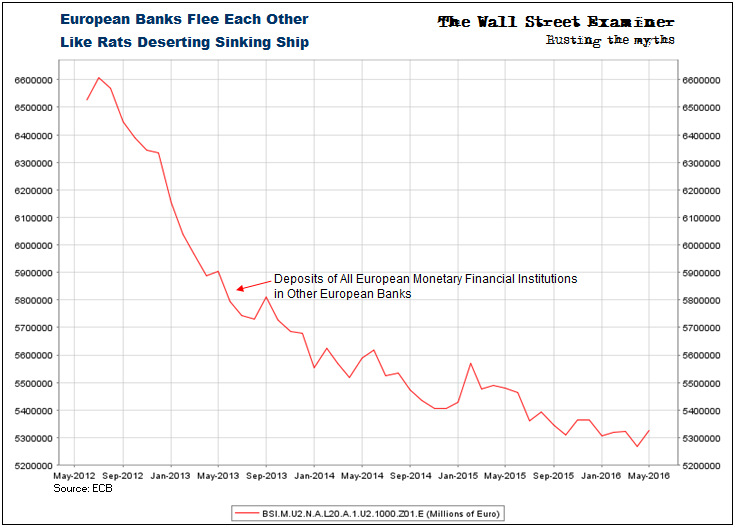 Current data is as of month end April. Since June of 2012 when European interbank deposits peaked, the banks have pulled €1.28 trillion or 19.4% of their total deposits from other European banks. That’s an annual rate of decline of 5.2%. In the past year they have withdrawn €164 billion at an annual rate of decline of 2.8%. And the number is only that good because of a seasonal dead cat bounce in April.

Frankfurt, we have a problem. 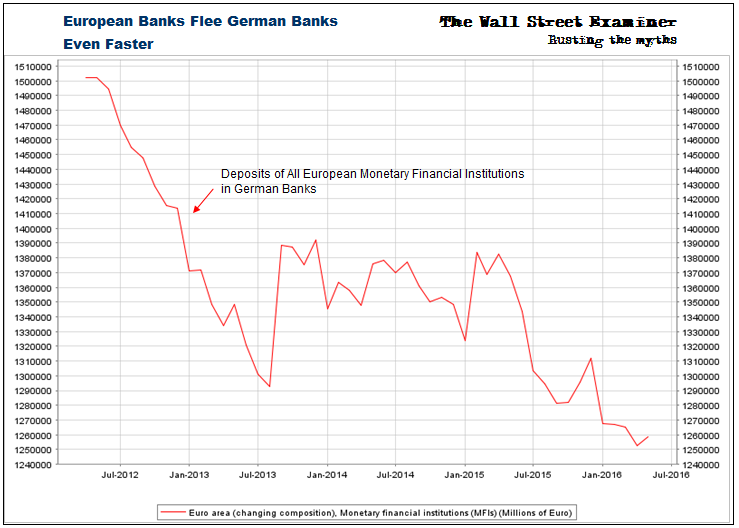 Read more about the situation of the European banking system in the Wall Street Examiner Pro Trader Banking Liquidity Report to be posted Saturday morning. Read these reports and our proprietary Macro Liquidity Reports risk free for 90 days.