I have two sets of interesting charts from reader Tim Wallace on labor force, population, and employment.

This post shows the first set, a comparison of April 2008 to April 2104. Click on any chart to see a sharper image. 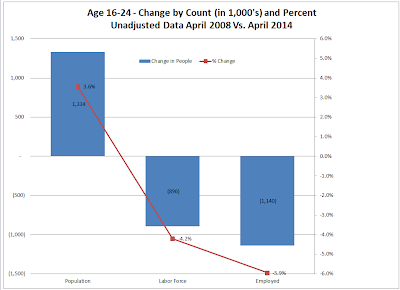 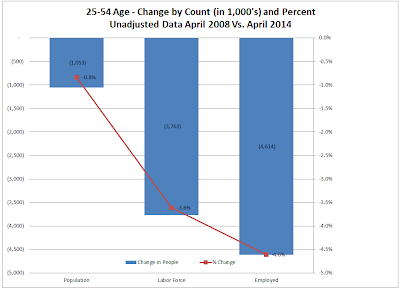 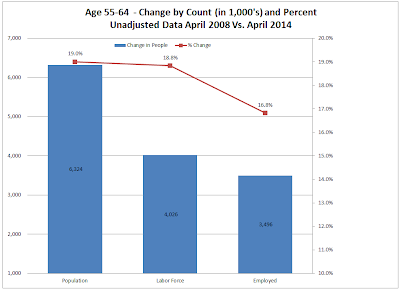 There are significant surges in Population, Labor Force and Employed in the 55-64 age group. Most employment growth is here. However, employment did not come close to keeping up with growth in population. 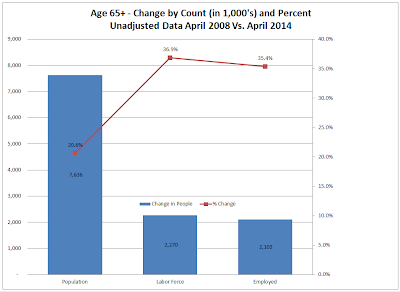 Although the Population growth is high, the rate of growth for employment and for those in the labor force is much higher. More older people are staying working than retiring as in the past.

The above charts post a rather dim view of the recovery since the start of the recession.

Thus, in the 25-54 age group, roughly 3,561,000 people are not working who should be working. The figure is higher if you include other age groups.

Clearly things are not close to normal.