The Chicoms Are Coming! Reflections On The Folly Of The War On Vietnam And Its Progeny

Back in the spring of 1968 I also got an invitation to evacuate. It was from Secretary of Defense, Robert McNamara, suggesting I evacuate my cushy life as a student in East Lansing, Michigan to join his crusade to stop the “chicoms” from annexing Vietnam. 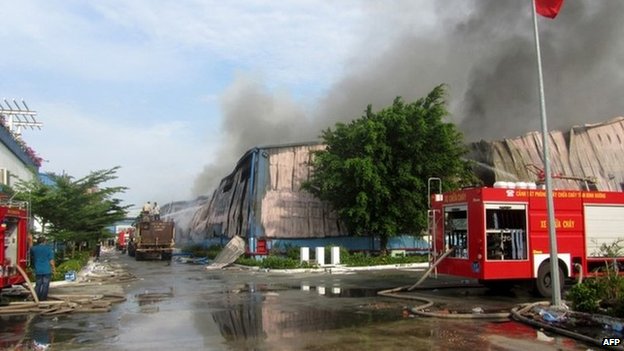 According to McNamara, Chairman Mao and Uncle Ho were joined at the hip in a crusade to turn all of Southeast Asia “red”. Unless forcefully deterred with American guns and blood, the chicoms would come pouring across the Vietnamese border any day; it would be the Yalu river crossing all over again.

As it turns out, right about then 40 million people were starving in the villages of China due to the massive crop failures brought on by Mao’s earlier “Great Leap Forward”.  During that ingenuous project, hundreds of millions of Chinese peasants had been instructed to become overnight industrialists by building tiny steel furnaces in their backyards. Unfortunately, the peasants had gotten so enthused by the Great Helmsman’s vision of turning the Yellow River Valley into the Ruhr overnight that they had melted their hoes and rakes for scrap!

So maybe Red China was not suited up for an invasion after all. In any event, I had gone to many anti-war demonstrations and teach-ins and had learned that Ho and Mao were not joined at the hip at all; that the Vietnamese and Chinese had been mortal enemies for centuries; and that because they had time and again been forced to repel Chinese invasions and  exploitations, the Vietnamese harbored deep nationalistic and ethnic resentments against the larger northern neighbor.

Obviously, the graduate students running the teach-ins knew far more about the history of Vietnam than did the “whiz kid” running the daily “body count” meetings at the Pentagon. Yet it wasn’t the last time that American blood and treasure were sacrificed by Washington for no plausible reason of national security whatsoever.

More importantly, Vietnam became the prototype for wars of invasion and occupation that failed not because they were based on a slightly erroneous predicate or a debatable case for national security. No, Vietnam and its progeny through Afghanistan today were completely senseless projects of imperial  over-reach and arrogance, driven by the vast military, diplomatic and financial machinery of the Warfare State.

As it happened, I refused McNamara’s invitation and expressed grave doubts as to whether the combined armies of China and Vietnam would be over-running East Lansing at any time soon. About 46 years later it appears that I was correct; that the “teach-in” instructors were correct; and that in rising up in a mighty movement of protest which drove Lyndon Johnson from office and the brought the Vietnam invasion to an end, the American people were correct, too.

Indeed, today’s pictures of Chinese nationals fleeing for their lives are not only a rebuke to the predicate on which 59,000 US soldiers lost their lives and upwards of a million Vietnamese were killed or maimed for life. In a larger sense it is a rebuke to a half-century of US meddling and intervention all over the planet based on similarly bogus threats and imperial pretense.

Still, the folly goes on. Having elected a “peace” candidate in 2008, Washington quickly quadrupled American forces in Afghanistan, proving that the War Party learns nothing and forgets everything about the senseless mayhem of its preceding misadventures.

Thus, it is absolutely certain that in another 46 years no one will know why America chose to side with the Tajiks and Uzbeks in killing thousands of Pashtuns in the lands south of the Hindu Kush. Indeed, history will show that Barrack Obama ordered it mainly because he could.

China began evacuating hundreds of its nationals from Vietnam (via at least 2 planes and 5 ships) as the anti-China protests have become increasingly deadly following Beijing’s attempt to deploy an oil drill in Vietnamese dispuited waters (detailed here, here, here, and here)…

Hundreds of police and security forces are in central Ho Chi Minh city and the Chinese consulate is under heavy guard. Tensions across the ASEAN region are growung as Taiwan is on “high alert” but the bloc’s inability to craft a united response to Chinese aggression signals a further decline in its regional clout.