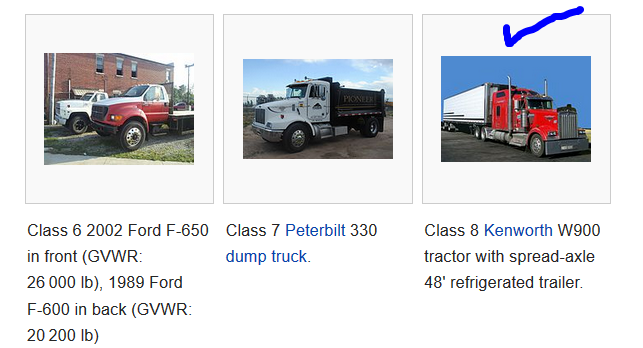 Last month, trucking fleets ordered just 13,500 Class 8 trucks, the big rigs used on long-haul routes, down 16% from March and 39% from a year earlier. It was the fewest net orders in any April since 2009, FTR said.

DAT Solutions, an Oregon-based transportation data firm, reported that loads available for dry vans, the most common type of tractor-trailers used for shipping consumer goods, fell 28% in April while capacity on the market was up 1.7% on a year-over-year basis.

Eaton Corp. , the sales leader in heavy-duty truck transmissions, predicted that organic sales from its vehicles unit will fall 10%-12%, after earlier predicting that sales would drop 7% to 9%. The company lowered its outlook for the business after concluding there are at least 20,000 heavy-duty trucks built last year that are still sitting on dealer lots.

Engine maker Cummins Inc. said on Tuesday it doesn’t expect any improvement in the truck market later in the year. It now expects heavy-duty truck production in North America to be at 210,000 vehicles this year, down 5% from its earlier view and down 28% from 2015’s actual volume. Cummins’ first-quarter sales of diesel engines to the heavy-duty truck market dropped 17% from a year earlier to $631 million.

Worst Yet to Come

CCJ reports Sagging truck orders ‘will probably get worse before it gets better’.

Last month was the worst April for Class 8 truck orders since 2009 according to preliminary data released by FTR Wednesday.

Don Ake, FTR’s vice president of commercial vehicles, says “surprisingly low” orders across the board were weak as the Class 8 market tries to find the bottom of this cycle.

Heavy truck sales are oddly a good leading indicator for the economy. It is odd because a lot of industrial production is coincident with the business cycle. However, if you go back over forty years, you can see that recessions have always been preceded by a decline in heavy truck sales. This is particularly true if the increase in truck sales is very large. Today, truck sales are not far from where they were at previous cyclical peaks in 1999 and 2007. 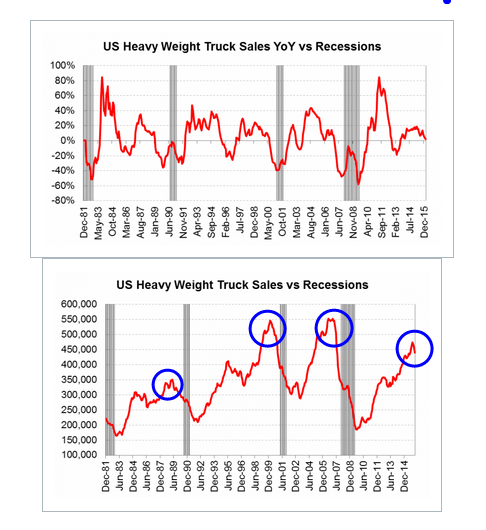 Topping off the the automotive sector please don’t miss About Those Record Auto Sales: Let’s Communicate!