Death Crosses Spread To All Corners Of The Market

By TOMI KILGORE at Marketwatch

“Death cross” patterns continue to spread through the stock market like an epidemic, even infecting market segments believed to be more insulated from overseas turmoil.

The Russell 2000 index RUT, -2.02%  of small-capitalization stocks became the latest victim among the major market indexes. The index’s 50-day moving average fell to 1,222.95 in midday trade Tuesday, crossing below the 200-day moving average (MA), which slipped to 1,224.11, according to FactSet.

Many chart watchers believe a death cross, when the 50-day MA crosses below the 200-day MA, indicates that a shorter-term decline has developed into a longer-term downtrend.

The Russell 2000’s last death cross appeared on Sept. 22, 2014. The index fell another 7.1% in the three weeks after that before bottoming at a one-year low. 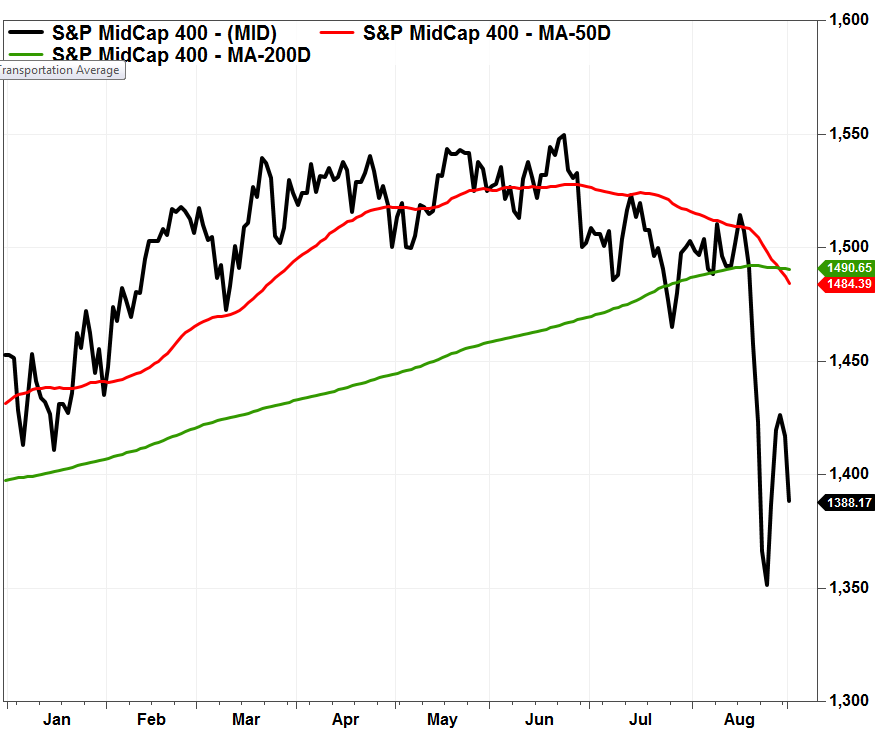 Smaller-cap companies tend to have less exposure to international markets than larger-cap companies, so are believed to be more insulated from weakness in overseas markets. For example, the Russell 2000 component with the largest market cap, Anacor Pharmaceuticals ANAC, -1.23% gets 100% of its revenue from the U.S., according to FactSet, while the S&P 500’s largest company, Apple Inc. AAPL, -2.66% gets about 62% of its revenue from overseas.

Since the meltdown in China’s economy and stock market helped spark the volatility in U.S. markets in the last few weeks, the Russell 2000 has outperformed the broader market. 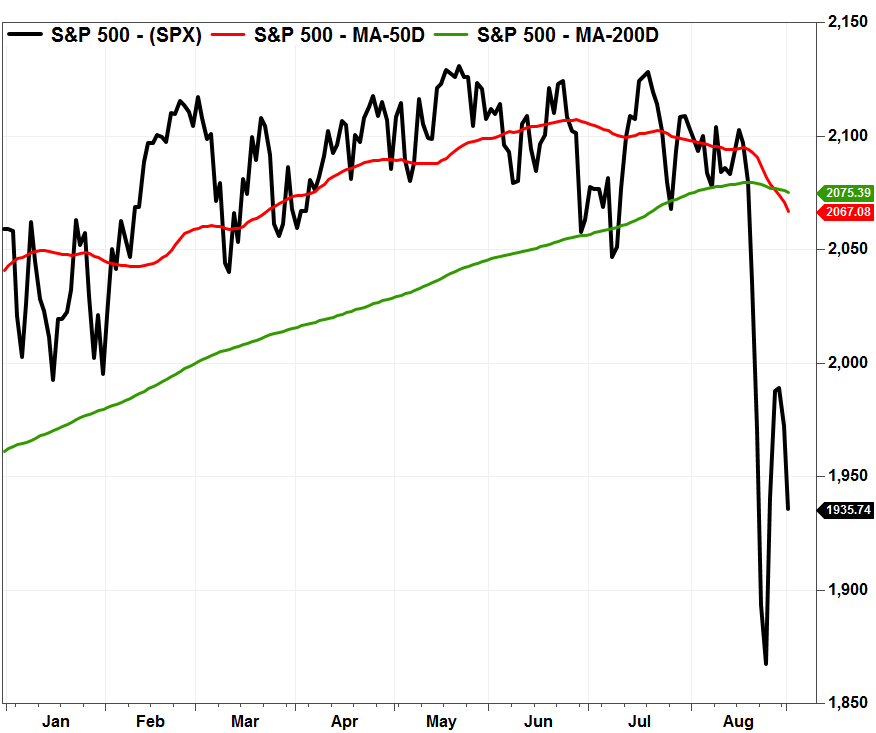 Many have questioned whether a well-telegraphed moving average crossover is really a bearish signal or not. But at the end of 2008, three months before the market bottomed, all 30 Dow stocks had produced death crosses. 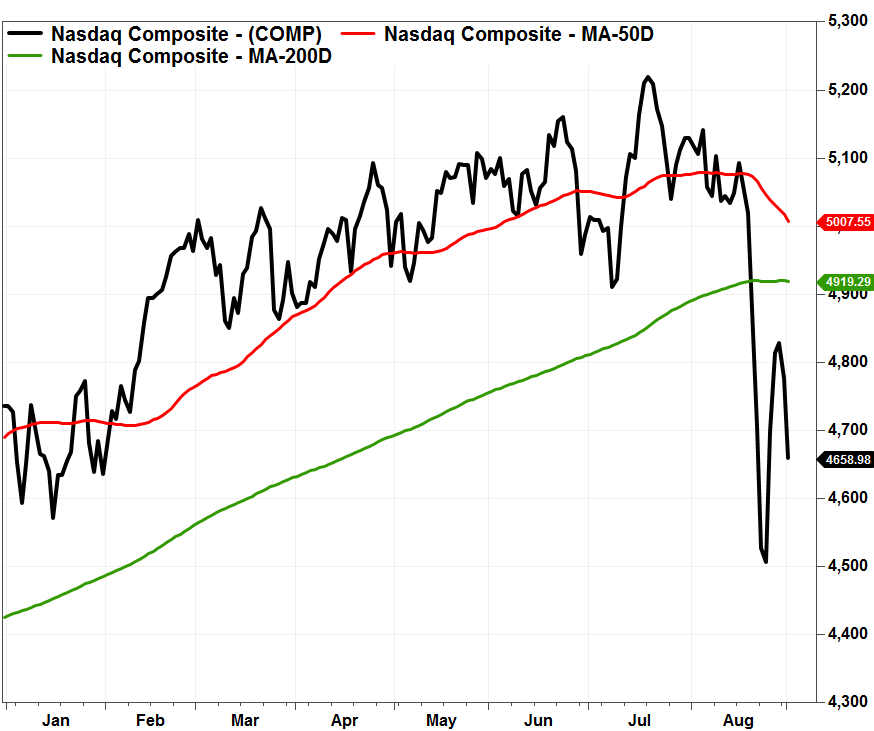 Meanwhile, the Nasdaq Composite COMP, -2.41% is two-to-three weeks away from producing a death cross. It could happen a lot sooner, if the market’s selloff gets any worse.

Source: ‘Death cross’ patterns spread to all corners of the stock market – MarketWatch