By ANJANI TRIVEDI at The Wall Street Journal 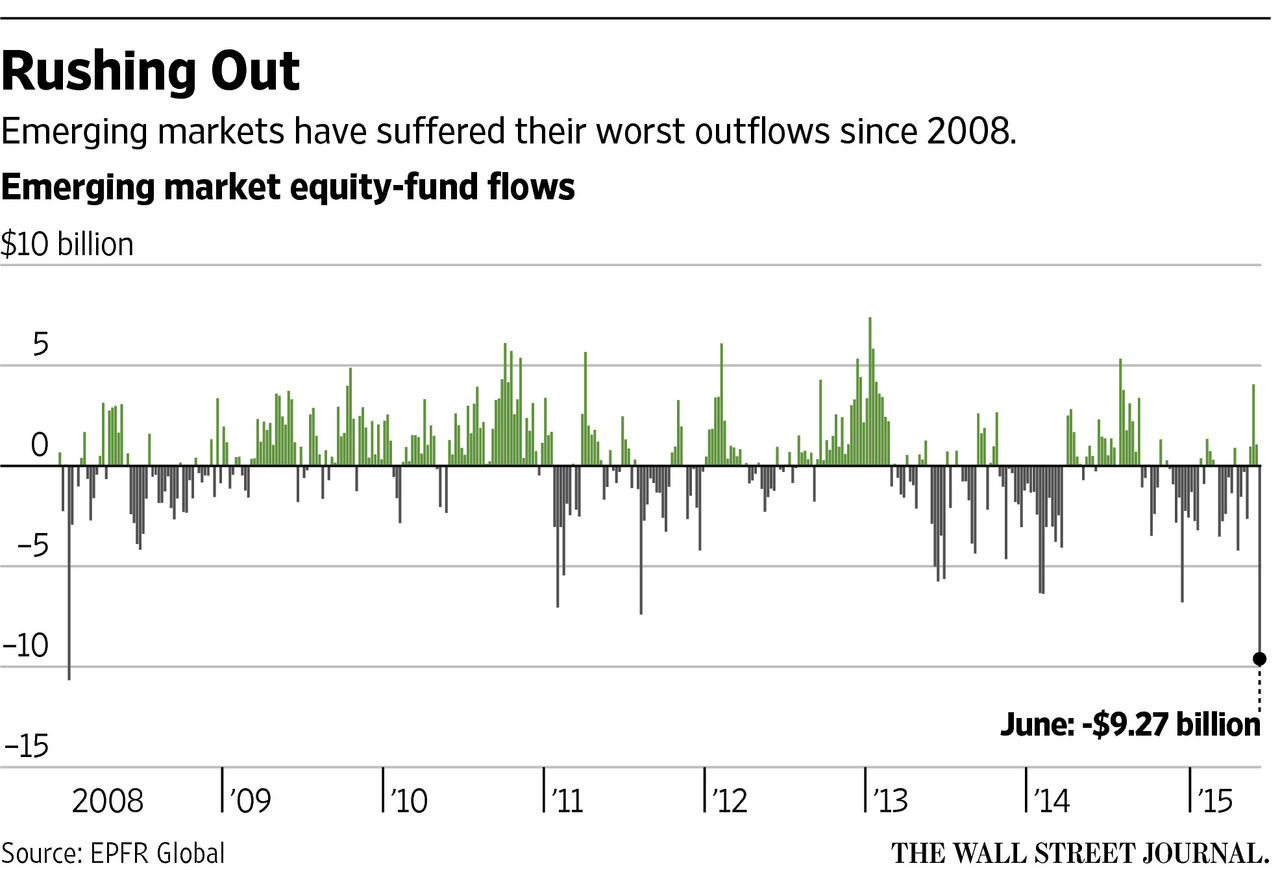 Emerging markets are out of favor.

Global investors have yanked $9.3 billion from stocks in developing countries in the week to Wednesday, the most since the depths of the global financial crisis in 2008. Asia has been particularly vulnerable with $7.9 billion pulled out of the region’s equity markets, the most in almost 15 years, according to data provider EPFR Global.

Financial markets in emerging markets have been grinding weaker with currencies trading at their weakest levels in years, and bonds have been caught in the riptide too. Including bonds, investors have pulled out the most money since 2013’s “taper tantrum.”

The dangers of emerging markets are well-known to investors and analysts, but the magnitude of this selloff has caught many by surprise. It follows a selloff in Treasurys and German bunds that has rocked global sentiment, and comes ahead of the U.S. Federal Reserve raising interest rates later this year that is likely to send money back to developed markets. 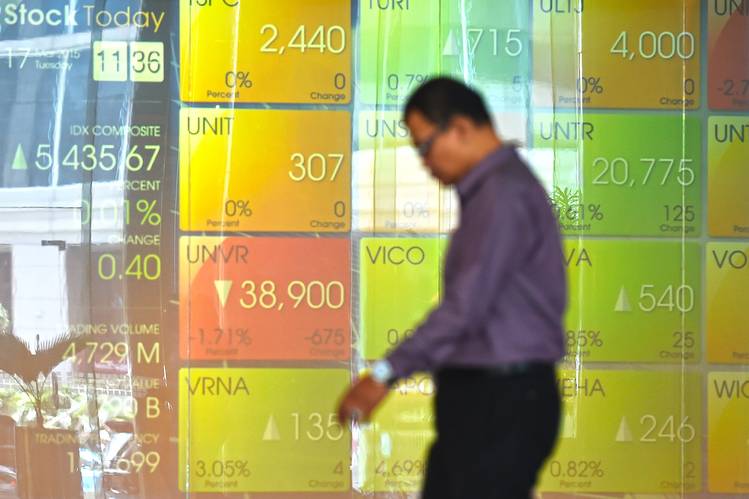 ENLARGE
An Indonesian man walks in front of a display showing share prices at the stock-exchange building in Jakarta in March. Stocks in Indonesia are among the worst performers in Asia this month. PHOTO: AGENCE FRANCE-PRESSE/GETTY IMAGES

“Money is gradually leaving emerging markets, including Asia,” said Paul Chan, chief investment officer of Asia ex-Japan at Invesco Ltd., which manages $812 billion globally. “It’s a repeat of 2013, but this time we are slowly pricing in the eventual rate hike.”

Mr. Chan’s fund has been cutting its investments in Southeast Asia but adding in South Korea this year. It has been overweight on China and India in recent years.

Analysts say emerging-market equity-fund managers are increasingly feeling the pain of plummeting currencies in the region, which cuts into investors’ returns in stocks and bonds.

“Currency is a major culprit,” Goldman Sachs analysts said in a note to clients this week. The U.S. bank forecasts another 4% drop in emerging-market currencies against the U.S. dollar over the next year.

Massive outflows from China have contributed to the selling in Asia and come in the wake of increased volatility in the domestic market. The Shanghai benchmark lost 6.5% in a single session on May 28, sparking worries about a potential selloff amid a clampdown on margin trading.

The Shanghai Composite Index is still up 12% month to date, bid up by local investors, compared with Hong Kong’s Hang Seng, which is down 1.4%. Broadly, the MSCI Emerging Markets Index is down 2.7% this month. Stocks in Indonesia and India have suffered most this month in Asia, with their benchmarks each down more than 5%.

Indonesia’s rupiah is down 8% this year against the dollar, while Malaysia’s ringgit is down 7.3%. Brazil’s real has lost more than 16%of its value so far this year, as has Turkey’s lira.

For developing countries that do run current-account surpluses, problems at home continue to weigh on their economies and currencies.

South Korea’s central bank governor on Friday warned about thegrowing burden of household debt and its potential to destabilize the financial system. The comments came after the central bank cut rates as a growing MERS scare is beginning to hurt the economy’s outlook.

South Korea’s outstanding household credit—including loans from banks and other financial institutions as well as credit-card spending—rose to a record high of 1,099.3 trillion won (about $1 trillion) as of late March, up 11.6 trillion or 1.1% from three months ago.

Malaysia’s central bank told The Wall Street Journal this week it could step in if the currency’s slide continues. Indonesia is struggling to cap the rupiah’s losses, which is now close to the same levels during the Asian financial crisis, and has put in regulations to ease the pain.

The World Bank this week downgraded its emerging-market growth forecasts.