Even The St. Louis Fed Gets It—-Negative Rates Are Taxes In Sheep’s Clothing

“At the end of the day, negative interest rates are taxes in sheep’s clothing. Few economists would ever claim that raising taxes on households will stimulate spending. So why would they think negative interest rates will?” Those are the shocking words of St.Louis Fed Director of Research Christopher Waller whose brief note today will be required reading for everyone at The Bank of Japan, The ECB and every other central banker on the verge of NIRP…

If you pick up any principles of economics textbook, there will typically be a discussion of taxes and tax incidence. Tax incidence describes who bears the burden of a tax. For example, suppose the government levies a payroll tax on a firm. The burden of the tax may be borne by the firm, the workers or the firm’s customers.

How can this be if the firm is responsible for paying the tax? The firm may bear the burden of the tax by accepting lower after-tax profits. However, the firm can pass the tax onto its workers by paying them lower wages or hiring fewer workers. The firm can also pass the tax onto its customers by charging them a higher price for the firm’s output. In general, all parties bear some portion of the tax.

Similarities to Taxes on Banks

The spread between the loan rate and the deposit rate determines the profit margin for the firm on a loan (ignoring default costs and other costs for ease of exposition). So any tax imposed on banks will be borne by the bank, the depositors and/or the borrowers. The firm can bear the burden of the tax by accepting lower profits. However, the bank can also pass the tax onto depositors by paying a lower interest rate on deposits and/or pass the tax onto borrowers by charging them a higher interest rate on loans.

The hope is that a negative interest rate will induce firms to lend out the reserves by charging a lower interest rate on loans. In short, “use it or lose it.” More lending would stimulate spending on goods and services, which would lead to higher output and upward pressure on inflation.

A Tax on Reserves

But a negative interest rate is just a tax on the banks’ reserves. The tax has to be borne by someone:

None of this sounds very “stimulative” for consumer spending. But then, no tax ever is.

Negative Interest Rates in Other Countries

What has happened so far in countries that have tried negative interest rates? The figures below provide answers. As seen in the first chart, bank stock prices have definitely taken a hit. 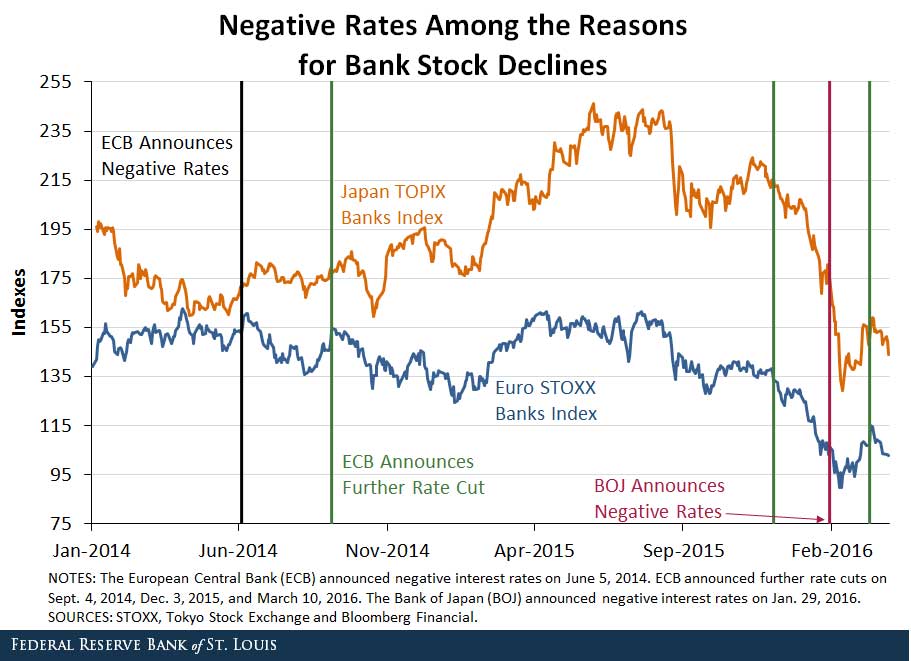 After initially continuing their downward trends, interest rates on mortgages have now risen in Germany and Switzerland (the second chart).

Banks have been very reluctant to charge negative deposit rates for fear of a backlash from customers (the third chart). 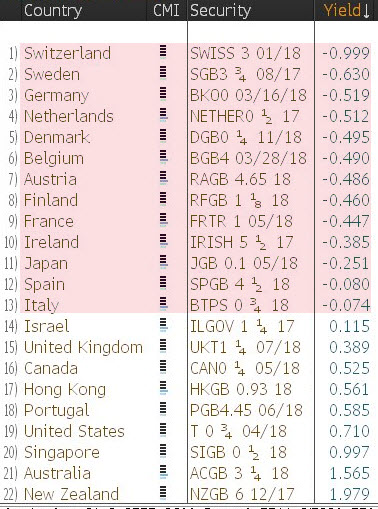 One has to wonder, if Mr. Waller’s research will be the straw that breaks the camel’s back of extreme monetary policy. We suspect not of course, but a renewed focus on QE over deeper-NIRP is coming no matter what.