Factoring the Lumps in the Global Slump

The problem isn’t that the Japanese economy still presents downside risks, it is more so that the whole global economy does altogether. It’s not Japan or the UK take your pick; it is all of the Japanese figures plus the UK’s which add up to a much weaker global picture. There is a distinct lack of strength which despite the lack of hitting a wall or falling off a cliff increases the chances of doing those very things. There’s a whole lot of unappreciated lumpiness in a truly global slump. 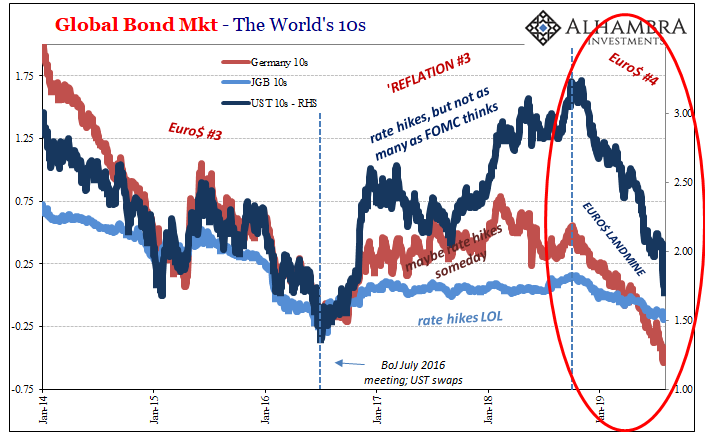