The man’s foolishness knows no bounds. The dollar is gaining modest strength because it is the least dirty shirt in the central bankers’ laundry. Accordingly, hard pressed American families will be able to buy imported goods at a slightly lower price and pay somewhat less for their gasoline and heating bills because petroleum is priced on the world market in dollars.

This is a “headwind”!

The Fed’s Keynesian model is hopelessly flawed, but no one could more effectively demonstrate that, even if inadvertently, than the Chicago Fed’s true believer, Charles Evans.

By Greg Robb at MarketWatch

A stronger U.S. dollar is an obstacle to the Federal Reserve’s ability to meet its inflation mandate and will impede growth, Charles Evans, the president of the Chicago Fed, said on Saturday.

“It’s a headwind,” Evans told reporters after giving a speech on the sidelines of the International Monetary Fund’s annual meeting.

Earlier, in his speech, Evans said there is “more uncertainty” in the global economic outlook than the Fed had expected.

Evans said he was restricting his comments to the effects of the stronger dollar on the U.S. economy and had no comment on U.S. dollar policy. 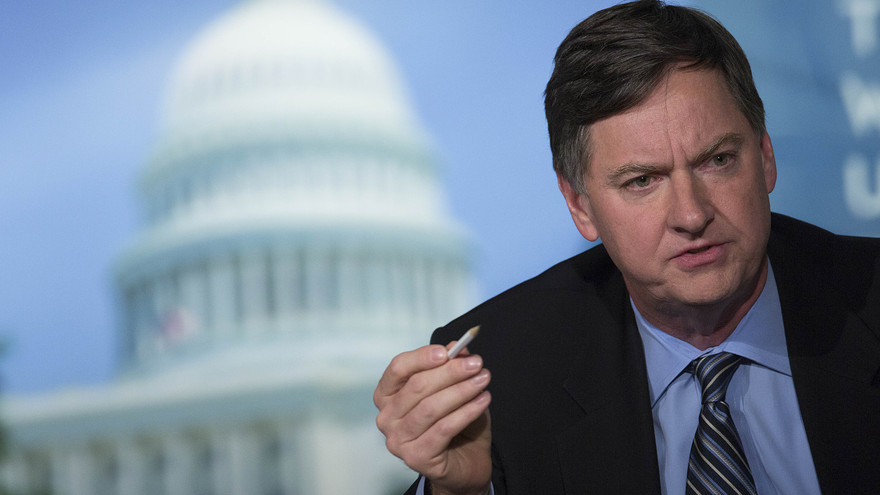 Evans said that he expects the economy to growth at a 3% pace, but because housing isn’t acting as its typical engine of growth, a lot of things have to go right to get that growth rate.

“It is in that context that as I see the global uncertainties at a fairly high level it makes me a little concerned about the forecast,” he said.

“It is much too soon to take on any headwinds from around the world,” he added.

Experts said the U.S. government would only tolerate a stronger dollar versus the euro as long as European officials follow through with structural reforms.

Evans is one of the most dovish of the regional Fed presidents, and said the Fed should wait until early 2016 to raise interest rates. He will be a voting member of the Fed policy committee next year.

Evans suggested he would support altering the Fed’s guidance to give some quantitative sense that the central bank would tolerate inflation above 2% for some time, as long as projections did not show prices spiking higher.

“Inflation below 2.5% for some period is not inconsistent with our 2% inflation objective, and sort of allowing for a little bit more of that to show in to our forward guidance to demonstrate patience, I would be amenable to that, but not everybody would be,” he said.