Free The Weed! Even The American Legion Now Supports Decriminalization

A group representing millions of U.S. military veterans has called on Congress to reclassify marijuana as a drug with potential medical value. 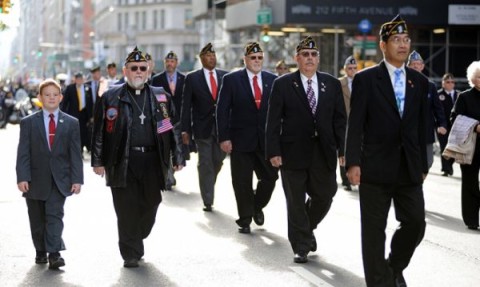 The American Legion passed a resolution at its annual convention last week imploring Congress to “amend legislation to remove marijuana from schedule I and reclassify it in a category that, at a minimum will recognize cannabis as a drug with potential medical value,” reports Marijuana.com.

Cannabis researcher Dr. Sue Sisley, who has researched the medical efficacy of cannabis towards veterans and symptoms of PTSD, believes that the support of the American Legion can help break through to more federally-funded studies on cannabis.

“I consider this a major breakthrough for such a conservative veterans organization,” Sisley told Marijuana.com. “Suddenly the American Legion has a tangible policy statement on cannabis that will allow them to lobby and add this to their core legislative agenda. The organization has a massive amount of influence at all levels.”

While concise medical research has yet to prove marijuana’s benefits in treating post-traumatic stress, many veterans haveturned to medical marijuana as as an effective alternative to addictive opioid painkillers. The number of vets turning to cannabis has led the DEA to approve a medical marijuana study in relation to PTSD earlier this year.

“For years, many of the Congressional offices that have been hesitant to vote in favor of medical marijuana reform have asked if groups such as the American Legion have weighed in,” said Americans for Safe Access spokesperson Mike Liszewski, to Marijuana.com. “With the American Legion joining the Iraq and Afghanistan Veterans of America in supporting federal medical marijuana reform, it will be increasingly difficult for Congressional leadership to continue blocking efforts to expand research and move marijuana out of Schedule I.”