Global Deflation Alert: US Import and Export Prices Down Again In June

In spite of counterproductive attempts by the Fed and Central Banks to foster price inflation, debt overhang has stymied those efforts, at least in regards to consumer prices and import/export prices.

Last month, following a surge in gasoline prices, import and export prices did rise a bit, but as with retail sales, the import/export price report was another “one-hit wonder”.

Outside of monthly gains for petroleum components, negative signs sweep both the import and export columns with agricultural exports, at minus 1.5 percent in June, extending a deep run of declines. Year-on-year, agricultural export prices are down 16.7 percent in what is not good news for the nation’s farming sector. A look at finished goods categories shows no price strength anywhere with import prices for capital goods, at a year-on-year minus 1.7 percent, and export prices for consumer goods, at minus 1.9 percent, especially weak.

The strength of the dollar is pulling down import prices but the decline in export prices points to a lack of global price pressures. This report is a reminder that inflation is not yet picking up steam toward the Fed’s 2 percent goal and hints at similar results for this week’s later releases of producer and consumer prices. 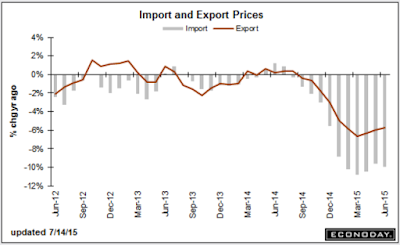 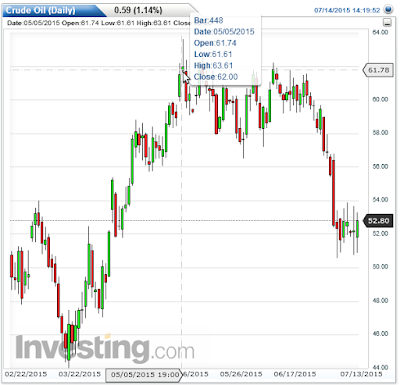 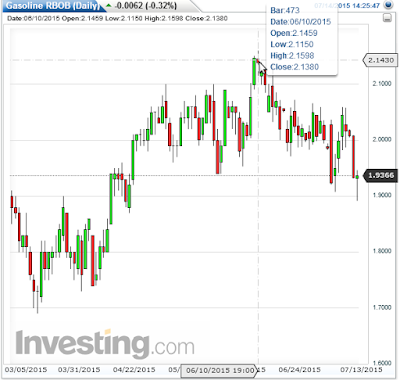 Economists keep expecting consumers to spend elsewhere “what they save” on gasoline. Of course the idea that one can “save” this way is totally absurd.

In practice, consumers have chosen to save, the only way they really can (by not spending in the first place and instead paying down debt).

This is a consequence of a consumer that is still over-leveraged in debt.

And as I have pointed out, it is only sub-prime auto sales that has propped up the consumer economy. (See Retail Sales Unexpectedly Sink Below the Lowest Economist’s Estimate).

Today’s import/export and retail sales reports are more flies in the ointment of the expected September rate hike thesis.

The Fed insists the negative first quarter GDP is “transitory“.

Second quarter GDP will indeed rebound, but not as much as previously expected. Third quarter and fourth quarter will tell the story.

Will the Fed hike before we know how the “transitory tale” ends?