As the first major exporting nation to report each month, all eyes and hopeful speculative capital was glued to tonight’s South Korean trade data. After a brief respite in November, December’s drop was worrisome, but January’s just reported 18.5% crash – the most since the financial crisis – has only been seen during a US economic recession. Worse still, South Korean imports plunged over 20% in January as it appears crashing crude and cliff-diving freight indices are less about supply and more about demand (there is none) after all.

Annother red flag in the US recession looming camp… 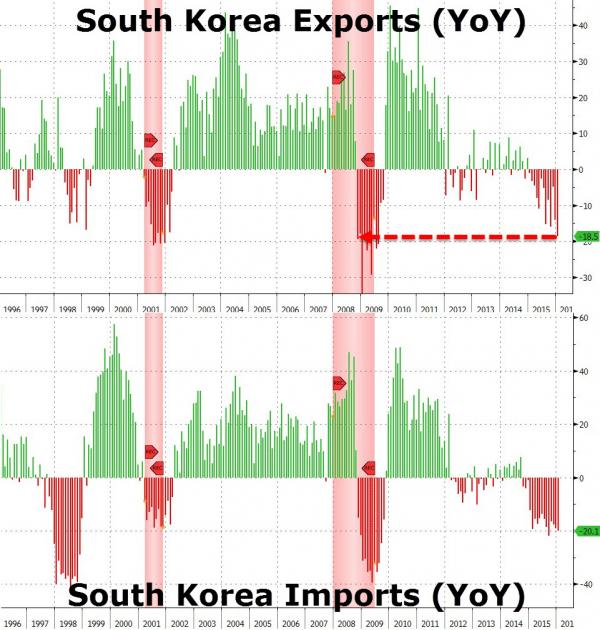 Furthermore, with China accounting for around one quarter of South Korean exports – and following a 16.5% YoY plunge in December – tonight’s headline data suggests January was a total disaster for the Chinese economy also… though later we will get the PMI data to explain everything.