In the third quarter of 2019, Mexico notched up its first year-over-year decline in GDP since the final quarter of 2009, when it was in the midst of a sharp recession brought on by the Financial Crisis. According to a preliminary estimate published by Mexico’s statistical institute INEGI, in the third quarter, the economy shrank 0.4% compared with the same quarter a year earlier. 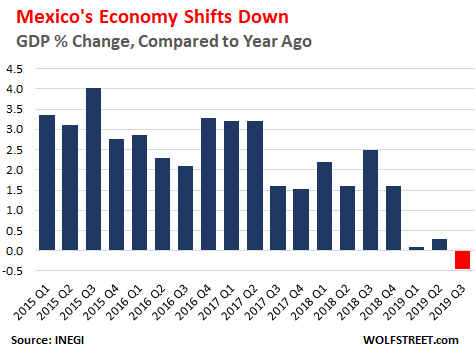