By Mike Bird at the Wall Street Journal

The Bank of Japan enormous stimulus programs are an unmissable presence in the government bond market, and it’s now starting to show some signs of stress.

The central bank joined in the negative interest rate club in January, adding to its already Herculean efforts to encourage growth and inflation.

The BOJ also now buys almost as much sovereign debt as the government issues, and owns over a third of the total amount outstanding. Japan Macro Advisors suggests that in two years, at its current pace of purchases the central bank will own 50% of the market. 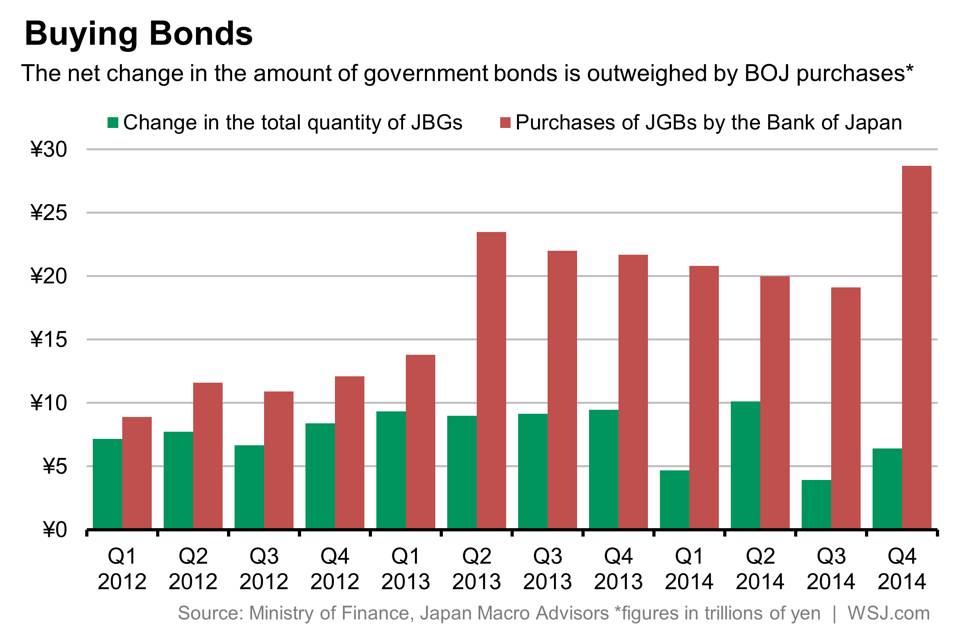 Although there are ever-more bonds in existence, the Bank of Japan’s role makes it a buyer, not a seller, and any bonds that it purchases are held until they mature.

Widening bid-ask spreads — the difference between the prices investors want to sell and buy the asset at – are often a signal of falling liquidity. The tighter the spread, the closer buyers and sellers are to a transaction price that suits both of them. The further apart they are, of course, the less likely they are to make a sale.

Japan’s “superlong” 40 year bond has been a major beneficiary of recent policy changes, rising dramatically in price early this year. But with the price, the bid-ask spread has surged too, indicating thinner liquidity.

The effect is much more muted in shorter dated debt, but there does seem to be some movement. 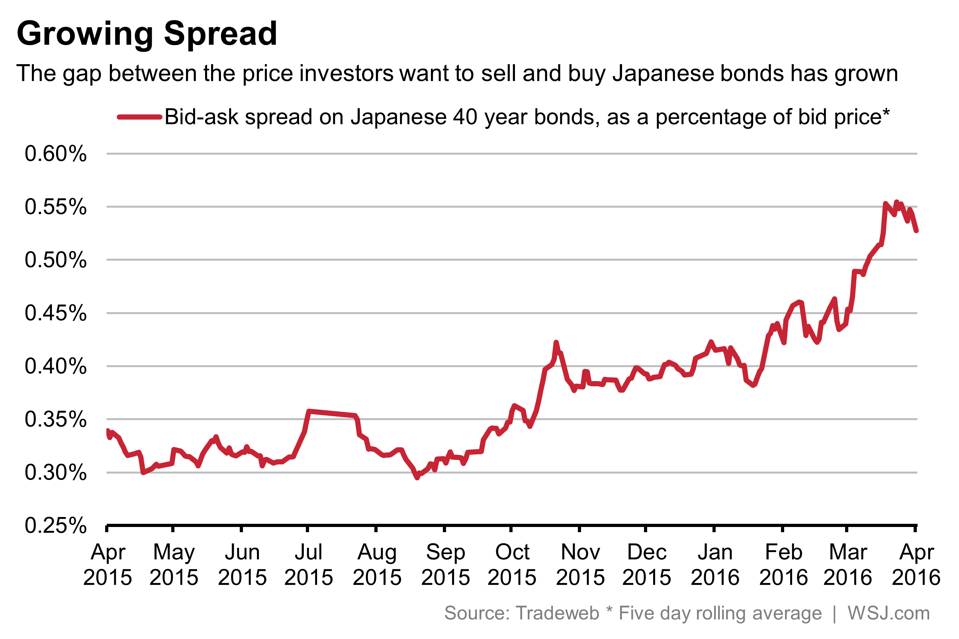 The Japanese 10-year bond’s bid-ask spread has repeatedly risen over 0.12% of the bid price this year, compared to an average of just 0.10% last year. That may seem like a minuscule move, but since the market in Japanese government bonds dated 10 years or longer is worth more than $5 trillion, small shifts still mean big money.

The Bank of Japan itself has recorded a declining turnover ratio – which measures the volume of transactions in Japanese government bonds, divided by the total size of the market — for several years now. Higher turnover indicates a more liquid market. The turnover ratio for sales from dealers to clients fell to just 2% at the end of 2015, down from nearly 7% in mid 2012.

Over much of the last quarter of a century, many investors have bet against the Bank of Japan’s ability to compress the country’s bond yields. Most haven’t won, and none have for very long.

But signs that the market is under strain and that the central bank is approaching the limit of what it is willing to do in the government bond market will be watched closely, and investors betting against the BOJ may finally get some relief.