Russia’s central banker,  Elvira Nabiullina, continues to be the most impressive central banker in the world. It appears she has completely rejected Keynesian money pumping orthodoxy and its strange new view that a little price inflation is good. She holds the heroic view that it is investment and increasing efficiencies that boost growth in an economy. 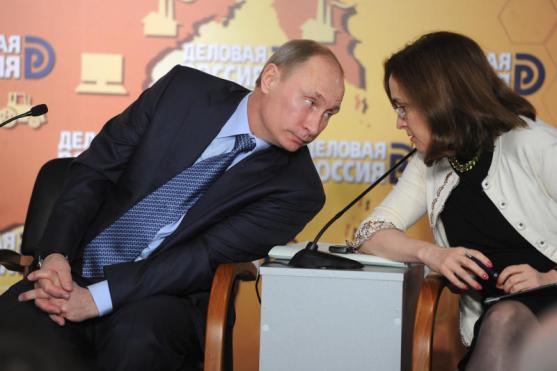 Reports Bloomberg: Nabiullina has a message for Russian businesses that may be finding it difficult to adapt to positive real interest rates: get used to it.

The Bank of Russia will continue its “moderately tight” monetary policy, with the inflation rate now below its benchmark for the past eight months, Nabiullina told a banking conference in the Black Sea resort city of Sochi today. Keeping real interest rates stable in positive territory is an “important condition for healthy economic growth,” she said.

The main drivers of growth should be “fixed investment, structural changes in the economy and efficiency increases,” Nabiullina said. “It’s necessary to safeguard household deposits against inflationary depreciation to support a high level of savings and to create the conditions to transform them into investment.”

“We see the stability of rates — their predictable and gradual decrease as far as inflation slows — as an important factor in stabilizing the economy,” she said. It’s also “one of the conditions for a shift to growth, based in particular on higher labor productivity and efficiency.”