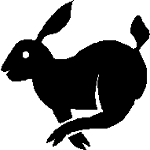 “Read the directions and directly you will be directed in the right direction.” — Lewis Carroll

U.S. consumers are at it again.  After a seven year hiatus they’re once again doing what they do best.  They’re buying stuff.

According to the Commerce Department, personal consumption expenditures (PCE), which is the primary measure of consumer spending on goods and services in the U.S. economy, increased $119.2 billion in April.  That marks an increase of 1 percent, and is the biggest one month increase since August 2009…nearly seven years ago.  Indeed, this is quite an achievement.

The consumer, you know, is the primary engine of U.S. economic growth.  Without consumption GDP doesn’t go up; rather, it goes down.  Moreover, in a debt based money system, when GDP goes down the whole financial debt structure breaks down.

We don’t condone it.  Certainly we’d prefer an honest hard money system where savings and investment drives growth as opposed to borrowing and spending.  But our preference has no bearing on reality in this matter.

Still, given the vast array of pretense inherent to a debt based money system, when we hear that PCEs increased by the largest margin in nearly seven years, we take a keen interest.  Naturally, we want to know what’s going on.  Namely, we ask, where’s the money coming from?

Where’s the Money Coming From?

Middle class incomes, the last we recall, scored a big fat rotten goose egg over the last decade.  By this we mean incomes haven’t gone up.  To the contrary, they’ve going down.

Our understanding of this unfortunate situation isn’t based on anecdotes we overheard at the corner donut shop.  Nor is it based on experiences shared by the crusty fellows casting their lines off Belmont Veterans Memorial Pier.  Instead, we have hard evidence and solid proof.  Specifically, we point to the distilled findings of Pew Research released earlier this month.

“The American middle class is losing ground in metropolitan areas across the country, affecting communities from Boston to Seattle and from Dallas to Milwaukee.  From 2000 to 2014 the share of adults living in middle-income households fell in 203 of the 229 U.S. metropolitan areas examined in a new Pew Research Center analysis of government data.  The decrease in the middle-class share was often substantial, measuring 6 percentage points or more in 53 metropolitan areas, compared with a 4-point drop nationally.”

So if it isn’t rising incomes that are propelling the PCE increase then what is it?  According to recent findings from the New York Federal Reserve, “total household debt climbed 1.1 percent in the first quarter to $12.25 trillion.”  This is “the seventh straight quarterly rise, and the biggest increase in mortgage debt since the Great Recession began.”

Yet, while “there were also increases in auto and student loans, […] credit card and home equity debts declined.”  In particular, “total debt remains more than $400 billion below the peak of 2008.”

Hence, if rising incomes and an increase in consumer debt are not culpable for the PCE gains, then what is?  One possibility is that Americans are dipping into their savings…

“Americans had been socking away money,” reports the Wall Street Journal, “but now appear a little more confident.  The personal saving rate in April was 5.4 percent, down from March’s 5.9 percent and the lowest level of the year.”

Perhaps this explains it.  But, nonetheless, something about it doesn’t quite add up.  Especially since it contradicts the story included in the May issue of The Atlantic, aptly titled, The Secret Shame of Middle-Class Americans.  In short, the premise of the article is based on a Federal Reserve survey that found that nearly half of Americans would have trouble finding $400 to pay for an emergency.

If that’s the case, and consumers really can’t spare $400, how is it then that they can dip into their savings to push up PCE?  As far as we can tell, there’s no good answer to this question.

One conclusion we can offer is that this little review of odds and ends shows that economic studies and reports are utter nonsense.  One says one thing.  The next says the exact opposite.  Certainly they don’t tell you if you should buy – or sell – Microsoft or Macy’s.  They merely take you down a never ending network of rabbit holes to nowhere.

Of course, it’s this utter nonsense that Fed monetary policy is guided by.  Income, labor, inflation, these are the “key metrics” the Federal Reserve uses to inform their federal funds rate decision.  Is there any question why they dither and dawdle over what it is they think they are doing?  Here’s one recent example…

“It’s appropriate, and I’ve said this in the past, I think for the Fed to gradually and cautiously increase our overnight interest rate over time and probably in the coming months, such a move would be appropriate,” clarified Fed Chair Janet Yellen, just one week ago.

Like this little write up, and the data points they look to for guidance, the Fed’s utterances are absolute nonsense.

Return from Guided By Nonsense to Economic Prism