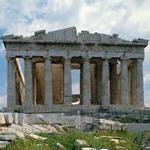 This month the bright fellows at Harvard Business School came out with a new report.  A lot of work went into its preparation.  In fact, the report contains the culmination of five years of in-depth analysis of U.S. competitiveness and surveys of global business leaders and the general public.

“Problems Unsolved and a Nation Divided,” is the title.  What these two independent clauses have to do with one another is unclear.  But the way they are strung together it appears the authors believe they are somehow correlated.

“Overall, we believe that dysfunction in America’s political system is now the single most important challenge to U.S. economic progress.  Many Americans are keenly aware that the system is broken, but are unsure why it is broken or how to fix it.

“While there is rising frustration with politics, there is, as yet, no framework for understanding the reasons for today’s poor performance and proposing effective solutions. Identifying such a framework, and the set of reforms that can change the trajectory of our political system, has become a crucial priority.”

Bull in the China Shop

As far as we can tell, the folks at Harvard seem to be on to something.  At first glance their report appears to be an honest attempt at an objective appraisal of the U.S. economy’s present and persistent stagnation.  Some additional insights are as follows.

“U.S. competitiveness has been eroding since well before the Great Recession.  America’s economic challenges are structural, not cyclical.  The weak recovery reflects the erosion of competitiveness, as well as the inability to take the steps necessary to address growing U.S. weaknesses.”

Certainly we can’t argue with this.  The structural competitive advantages U.S. workers had following World War II have, by and large, come and gone.  Soon or later, the accrued capital, and dollar reserve currency status, will also be exhausted.  In the meantime, there are no more band aid fixes that can somehow turn things around.  The report makes this quite clear.

But, alas, the report overlooks the most critical factor larding up and larding over the U.S. economy.  Within its 70 pages of double column text, the report is suspiciously silent of the ever-present and ever destructive bull in the china shop.  Specifically, the report only mentions the Federal Reserve two times: once in the executive summary and once in Chapter 1.

What’s more, both instances are basically the same statement.  That, “America’s economic strategy defaulted to trusting that the Federal Reserve could solve our problems through monetary stimulus.”  Sadly, there’s no analysis or discussion of the economic destruction the Fed’s monetary policies have wrought.

What gives is that it is career suicide for academic economists to publish research that’s counter to the mainstream neoclassical economic dogmas that command Fed monetary policy.  In other words, it would be absolutely unacceptable for Harvard Business School to point out that the Fed’s zero interest rate policies have burgled the pensions and retirement accounts of three generations of American workers.  Similarly, it would be absolutely unacceptable for the academics to point out how Fed policies have actually accelerated the American worker’s demise.

So instead they make recommendations for business tax reform, leadership in Washington, labor organizations, trade, sustainable federal budgets, and the like.  Not that these aren’t important areas to study and evaluate.  But with today’s central bank managed fiat money system, any reforms, in effect, amount to rearranging the deck chairs while the economic ship takes on water.

When it comes down to it Fed policies of negative interest rates and quantitative easing are price controls.  Yet they’re much more sinister than controlling wages or the price of toothpaste or toilet paper.  By fixing the price of money the Fed influences the price of everything up and down the economy.

The resulting artificial prices of goods and services send false signals to business men and investors.  These false signals are then further compounded by the natural human herd dynamic.  Before you know it developers are borrowing money to build McMansions in the Florida swamp or California desert…or to frack oil from wells requiring $100 per barrel oil to pencil out.

In short, and regardless of if Harvard Business School – or other ivory towers of academia – will admit it, price controls via Fed money price fixing are a disastrous approach to managing an economy.  As elucidated by Senator Wallace Bennett over a half century ago, price controls are the equivalent of using adhesive tape to control diarrhea.

In closing, we’ll leave you with a key excerpt of Wednesday’s Fed statement: