Have Some Corn In Your Tank——-The Biofuels Boondoggle

If something’s desirable it ought not to be necessary to force people to buy it. 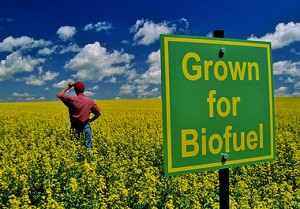 Chipotle, for instance, doesn’t need to spend millions in de facto bribes (“campaign contributions”) to wheedle Congress into passing burrito subsidies. Nor are you forced to eat at Chipotle if burritos and bowls are not your thing. The market has voted – freely, without being prodded or pushed – that Chipotle is a good place to eat and so people go there willingly, part with their money gladly.

Why doesn’t the same standard apply  to “renewable” fuels, specifically – ethanol and biodiesel? If, as we’re told, they are viable alternatives to gasoline, why must people be forced to subsidize them?

Required to buy them?

It’s a question that ought to be asked more often – which might result in crony capitalist hog-troughers  (this time dressed in “green” livery) shoving their hands in our pockets less often.

But that’s probably just why it’s not asked. 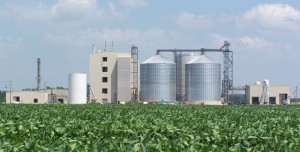 You probably know all about the oceans of money ($6 billion annually; see here) diverted from taxpayers to a handful of massive agribusiness cartels – not mom and pop family farms –  to “encourage” the production of ethanol (corn alcohol) which is then mixed in with the supply of what used to be gasoline – but which is now 10 percent ethanol (E10).

The agribusiness cartels get rich. In return, American drivers get adulterated fuel that has less energy content per gallon, is corrosive to the fuel systems of older cars and power equipment such as lawn mowers – and causes newer cars to be less fuel-efficient than they’d be if they were fed pure gasoline.

The diversion of cropland to the production of ethanol feedstock has also madefood more expensive.

Corn that might have fed cattle – which would then feed us – instead goes to feed the ethanol stills.

Now it’s time for another cashing-in.

Sen. Chuck Grassley of Iowa and several others in Congress are pressing for a mandate from the Environmental Protection Agency to require that bio-diesel (which is the diesel equivalent of ethanol) be produced in much greater quantity and (as with ethanol) shunted into the fuel supply in ever-upticking percentages. (See here for the PDF.)

The italics are important.

This is not a request or a suggestion. It is the regulatory gorilla of the federal government – EPA – laying down another edict with the binding force of law that will require the production of more bio-diesel. Which American taxpayers – and motorists – will then be compelled to pay for.

First, their tax dollars will be directed into the apparently bottomless pockets of the bio-diesel “industry” (in quotes because an industry that can’t manage without government “help” is really just an arm of the government, with the same control over your wallet as the IRS). Then, they’ll enjoy the “benefits” of reduced mileage and mechanical issues in their diesel-powered vehicles, caused by using sub-par fuel. Finally – as is the case with ethanol – they’ll pay more for food. Because more cropland will be diverted to the production of feedstock for bio-diesel. 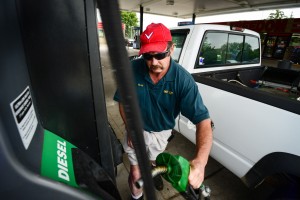 Like the ethanol “industry,” we are dealing with a make-work project. The contrived manufacturer of something that hasn’t got a viable natural market, an insufficient customer base. Just the force of government (and corruption) of government behind it.

* The lion’s share (about 50 percent) of bio-diesel production involves soybeans – a food crop. The diversion of millions of acres of cropland to non-food-production means less land devoted to food production – which inevitably means, higher prices forfood.

* Bio-diesel, like ethanol, is not energy efficient. A gallon of it won’t take you as far as a gallon of  “straight” petroleum-based diesel. Therefore, more bio-diesel must be produced (and consumed) to provide the same motive power. 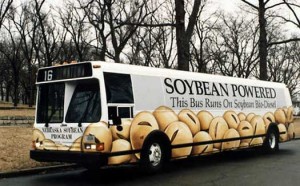 * Bio-diesel, like ethanol, ishygroscopic – it attracts moisture. This wreaks havoc with fuel systems – especially diesel fuel systems. Hard or no starting, internal corrosion and injector problems are among the many problems associated with bio-diesel.

* A problem not much discussed outside of engineering circles is that even slight bio-diesel adulteration of the fuel supply is incompatible with common rail direct injected (CDI) diesel engines. Which just happens to be almost all currently-in-production passenger car diesel engines.

* There are major warranty – and emissions – issues with the use of the bio-diesel fuel, especially in higher concentrations, in modern diesel passenger car engines.

* Currently, “B5″ and “B2″ diesels ( 5 percent and 2 percent bio-diesel, respectively) constitute more than 95 percent of all currently available diesel fuel being sold at service stations.

If the EPA mandates higher concentrations, it could prove to be as big a debacle for diesel-powered cars as ethanol has been for gas-engined cars.

But Grassley, et al, seem unconcerned. After all, they won’t be affected (Congress being exempted from the laws it applies to the rest of us, like Obamacare, for instance). And so they’re forging ahead with their plans to use the EPA to force-feed the American driving public ever-increasing percentages of this doped-up fuel. They will claim – have been cleaning – that so-called “renewables” are good for America.

They are certainly good for the agribusiness cartels.

But if they’re so good for America, why is it necessary to literally shove a funnel in the mouths of the driving public and force them to use the stuff? The fact that this isnecessary tells a damning truth about the desirability of “renewable” fuels.