Here’s How Bloomberg Buries Us In Bull

Michael Bloomberg can’t even hire people who know how to fact check the most basic economic data. Of if they do, they’re too lazy and too shiftless to bother. Why rock the boat when all their fellow journos are just as lazy and shiftless as they are? So they ran a story touting a liftoff in wage growth in October that was based on a year to year comparison of seasonally adjusted monthly data. 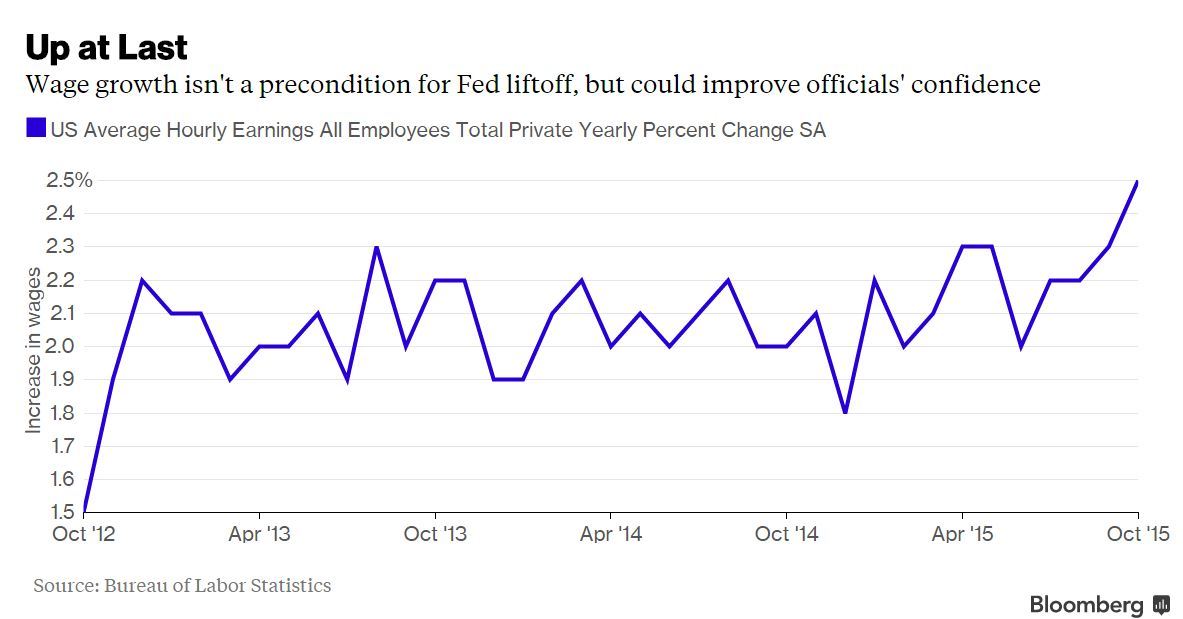 Please don’t get me started on what’s wrong with seasonally adjusted data. If you want to make up shit so that you can smooth out month to month changes and quarter to quarter changes, be my guest, but to compare those monthly made up numbers on a year to year basis, when there is no seasonality in year to year comparisons, is just de facto stupid, or dishonest, or both. If you compare two seasonally adjusted numbers, and one of them or, god forbid, both, are based on a bad adjustment, then the year to year percentage difference will be a fiction built upon a fantasy, founded on a myth.

The fact is that the growth of wages and salaries is exactly what it has been for the past 4 years, excluding 2012, when it dipped. In fact, the trend has been down for 7 years, and is no better than flat for the past 2 years through today. There is no “liftoff” in wage growth. Here’s a chart of the actual data, not seasonally fudged, manipulated, or adjusted, which shows exactly what’s going on. 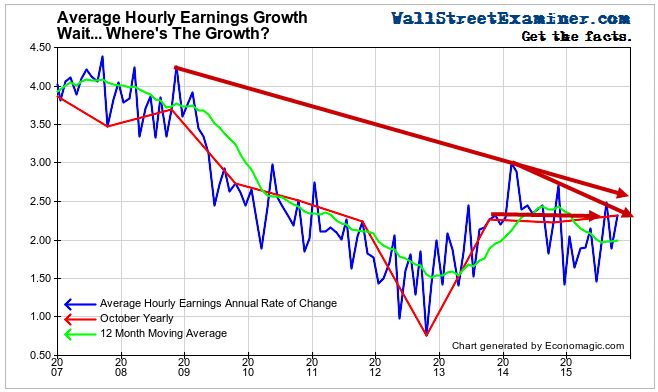 While we’re at it, since when is there any seasonality to wage rates? The use of seasonal adjustments for wages is absurd on its face.

Now you might argue that 2.3% isn’t so bad if inflation is less than 2%. But they got that wrong too.

Day after day, week after week, month after month, the Wall Street establishment media buries us in horseshit and there’s no pony in the manure pile.