Now help me out here folks. What, exactly do “news” and “marketing” have to do with one another? I can’t seem to figure that out. But apparently, Rupert Murdoch and his News Corp have. Perhaps the slogan should be “Your marketing objectives are our news.”  At least their slogan explained why, last October, Dow Jones offered buyouts to all its NEWSroom employees.” Why pay reporters to report news when you can get Artificial Intelligence to pump out press releases like the following:

Better consumer spending and confidence add to a growing body of evidence that U.S. economic growth is picking up this spring [woo hoo!] following another weak winter.

Sales at U.S. stores, restaurants and online retailers increased a seasonally adjusted 0.4% in April from the prior month, the largest gain in three months, the Commerce Department said Friday.

By the way, there’s strong evidence that Leubsdorf, or whatever byline the WSJ inserts, is really a bot.  Witness the following phrases from the Journal’s monthly CPI reporting.

Clever, Mr. Murdoch! It’s all about the marketing. Easy enough to get bots to do that job, just like with the April Retail sales. I mean, the Federal Government, regardless of Administration, statistically slants the numbers to look better than they are. You give them another boost from News America Marketing. In fact all the other outlets in the Big Media financial infomercial business. After all, Wall Street is News America’s client, and CNBC’s client, and Bloomberg’s too. They are all beholden to Wall Street, and marketing, after all, IS their business too.

With that in mind, let’s look at the actual numbers on the Census Bureau’s monthly advance retail sales report. Because the advance report is based on a tiny sample survey, the initial reported number is often subject to a big revision next month. But nobody cares about that. The advance estimate is what the market focuses on.

The media and The Street always focus on the seasonally adjusted number, which may or may not turn out to accurately represent the actual performance of the industry. The numbers get revised repeatedly, not just in the first couple of months, but for years afterward. The SA factors are reset yearly for the current year and the last 5 years. The data you see for the current month won’t be the same next month, or the month after that, nor next year when the SA factors are recalculated. It’s like your GPS. If you go off course, no problem, the statisticians recalculate the SA factor to put you back on the right one.

Sales were down 3.6% in April NSA on a month to month basis.  The norm for April over the past 10 years was a decline of 2%. April of last year saw a drop of 2%. In fact, this was the worst April since 2012.  The Wall Street Journal and its Wall Street co-conspirators would have you believe that April was an up month, better than usual. Nothing could be further from the truth. It was a horrible month.

On a year to year basis, retail sales rose 3.1%. That was a middling performance relative to the annual growth rates of each of the last 12 months. All of that was before removing inflation.

Other than an infinitesimal rise over the past year, the growth rate, as shown on the lower graph, has been dead in the water since 2011, falling from 7.5% in the first leg of the recovery, to around 2.6% today. 2.6%? Where have I heard that number before? Oh yeah, the CPI has been around that number. Since Retail Sales are reported in nominal terms, if we really want to know what is going on in terms of actual volume of sales, we need to adjust for the change consumer prices. I like to use the PPI for finished core consumer goods. I believe it is a more accurate reflection of retail price change, than is CPI, which includes housing and services that are not included in retail sales.

Remember what the Wall Street Journal told you? “Better consumer spending and confidence add to a growing body of evidence that U.S. economic growth is picking up this spring.”

In fact the exact opposite is true. Retail sales have been slowing this spring, not “picking up.” But the mainstream media continues to place its sole focus on the statistically manufactured SA numbers that mislead as often as not.

This data harks back to what we already knew from our review of Federal Tax data for April. While employers keep adding jobs, final sales are slowing. Employers are always the last to get the news. Meanwhile the Fed will tighten because they have decided that they have seen enough asset inflation, and they know that the cost of living is rising much faster than the official reports show. They will go into a tightening cycle one way or the other. They’re probably focused on the SA retail sales data and probably reached the same conclusion as the Journal’s PR bots, that is, that the economy is strengthening.

However, the truth is that the Fed will be tightening into a weak economy. It won’t be pretty for the stock market. Add to that a rapid decompression of confidence in the Trump Administration, and its a recipe for 1973.  I was trading then. It wasn’t pretty. 1974 was worse. Get ready. 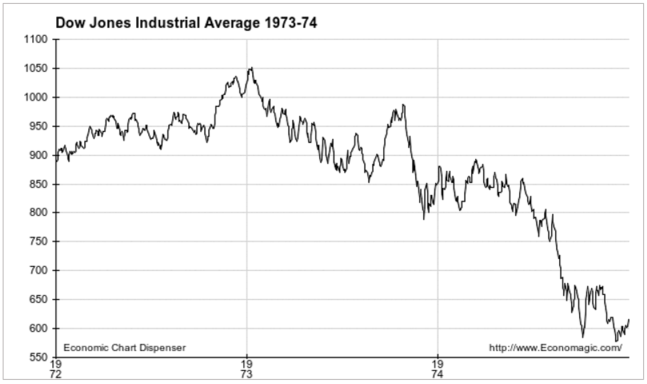