BY JOHN MAULDIN at Mauldin Economics

At this year’s Strategic Investment Conference, my good friend Mark Yusko poured cold water on whatever bullishly warm feelings the most optimistic folks may have clung to.

You might think someone who manages real money would have a more enlightened view than those bearish economists. Mark, however, was hardly bullish. He listed ten plausible scenarios that could send markets down to the basement.

Here are four major parallels he pointed out that make it clear we are heading for another ugly recession—or are already in one without realizing it.

One of the major catalysts for the recession was the Fed’s move to withdraw the liquidity it had pumped into the system for those who expected a payment system breakdown and thus hoarded physical cash.

(Younger readers will do a double-take on those numbers. Yes, borrowing overnight money once cost more than 6%. Furthermore, the Fed is perfectly capable of hiking rates 100 basis points or more in less than a year. Or at least it used to be.) 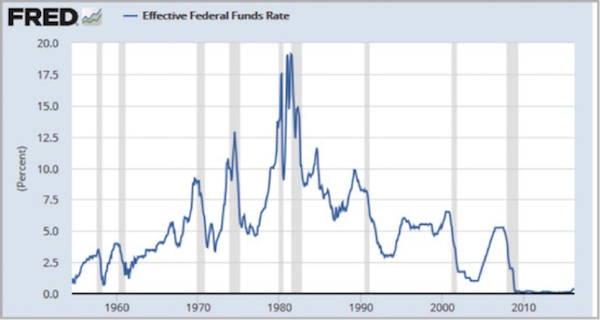 The bear market that followed was the most significant anyone had seen since the early 1980s. High-flying tech stocks crashed, one after the other; and Bill Clinton’s move to release Human Genome Project data sent the biotechnology sector up in flames.

It was a painful time that no one who lived through it wishes to repeat—but Mark Yusko thinks we will repeat it, starting now.

Here’s one of the 100 or so slides from his presentation. 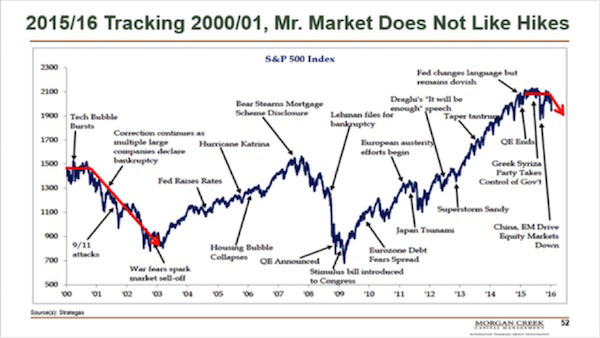 In the 2000–2003 period, we had the tech bubble bursting, corporate scandals like Enron, the 9/11 attacks, and an honest-to-God, old-fashioned, job-killing recession.

I remember how everyone kept thinking at that time, “Ok, this has been bad, but it’s over now.” But it wasn’t over.

After repeated fake-outs and final capitulation, we finally emerged from the muck (just in time to start an unsustainable housing bubble, but that’s another story).

One thing people forget is that we had a very accommodative Fed during that time. Greenspan pushed short rates up to 6.5% in September 2000. Just a year later, he had them down to 3% and ultimately to 1% in mid-2003.

That Fed was willing to move at light speed if they thought it necessary, unlike more recent regimes.

Another eerie parallel Mark noted was in corporate earnings. Observe the red dashed line in this chart. 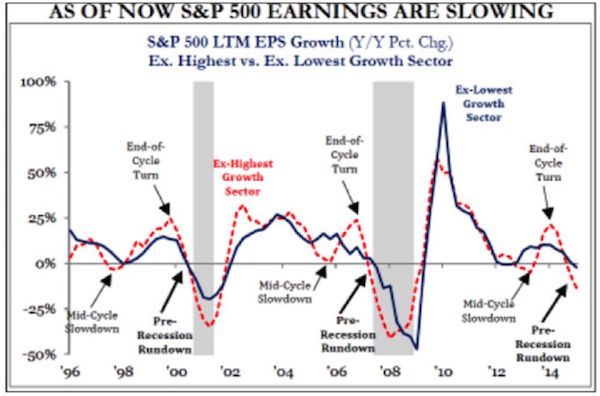 The shaded areas are the last two recessions. We see that earnings peaked a few quarters ahead of each recessionary period then slid deeply into negative territory before recovering as the recession ended.

This time around we seem to be about halfway down to the trough. It’s entirely possible we are in a recession right now and don’t know it yet. The start date is discernible only in hindsight.

Margin debt is another bad sign. The red area in the left chart below shows how debit balances build up right along with market peaks. 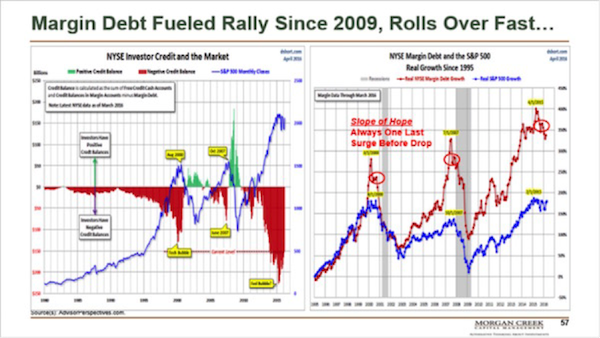 Again, right now we appear to be in a place much like the early stages of the last two bear markets. 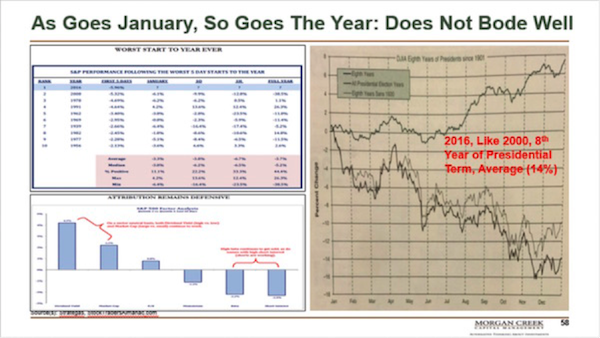 In the equity markets, gains most often happen slowly, and losses usually happen quickly. You can see this in the numbers, as the average bull market is much longer than the average bear market (more than five times longer at 97 months versus 18 months).

It’s critical, therefore, to always be looking for long opportunities, especially during the brief corrective periods (when things go on sale). You will soon have some excellent buying opportunities. Those with less foresight are going to dump some valuable assets, not because they want to but because they have no choice.

What should you buy? That’s not entirely clear yet, nor will we be able to catch the precise bottom. As they say, no one will ring a bell. But if Mark Yusko is right, the chance ought to arrive in the next year or so.

I could go on for another hundred pages sharing the new information we heard at SIC. I think you have a lot to chew on, though, plus some videos to watch and re-watch, so I’ll leave it there.