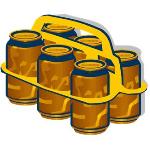 This week brought forward new evidence that the economy’s slipping and sliding backwards.  On Tuesday, for example, the Institute for Supply Management reported a 48.6 Purchasing Manager’s Index reading for November.  A PMI reading below 50 means manufacturing activity is not expanding; rather, it’s contracting.

Moreover, the 48.6 PMI is its weakest mark since June 2009.  Indeed, a measurement of manufacturing activity that recalls Great Recession era frailty is not indicative of a healthy economy.  To the contrary, it suggests the economy is softening over like a bowl of mashed potatoes.

However, it’s not just U.S. manufacturers that are coming up short.  This seems to be a global phenomenon.  Michael Montgomery, an economist with IHS Global, provides the following characterization…

Unfortunately, manufacturing isn’t the only sector of the economy that has a bad case of the blahs.  The funk has extended across the global economic landscape.  Activity is tapering back across the spectrum.

“We think that the evidence suggests that the global output gap is negative and that the global economy is currently growing at a rate below global potential growth,” explained Citigroup economist Willem Buiter in a note to clients.

“The (negative) output gap is therefore widening from an output gap that was probably quite close to zero fairly recently, continued sub-par global growth is likely to put the global economy back into recession, if indeed the world ever fully emerged of the recession caused by the global financial crisis.”

Of course, Buiter’s final point is the real kicker.  While technically there may have been a recovery from the Great Recession, what type of recovery has it been, really?

Joe Sixpack’s lot in life hasn’t improved.  In fact, in many ways it has gotten worse.  For example, before the Great Recession Joe Sixpack drank Budweiser beer paid for with cash.  Now he drinks Boone’s Farm Strawberry Hill purchased on credit.

The point is, the robust recovery and economic boom following the Great Recession never really came.  The jobs that were created were meager, low-paying service jobs.  Not well paying professional services careers or skilled labor positions.

Moreover, the labor force participation rate is at a 38-year low.  Real median household income is well below both 2007 and 1999 levels.  The average rank and file wage earner has had to live with a shrinking paycheck for the last 16 years.  On the other hand, those at the top of the economic spectrum have seen the price of their assets expand like an inflating balloon.

The average American worker that has a job is working harder than ever.  But they are earning less.  They wake up each morning and run ankle deep in sand down a hot dry beach that never ends.  They trade terrible amounts of time and energy at a diminishing return.

All the while, central bankers finger and finagle around with the world’s money supply.  Their popular cause is to raise prices and raise demand.  Their grand success has been at levitating stock prices…though this will not last forever.

Just yesterday, Mario Draghi, the captain manning the monetary controls at the European Central Bank cut interest rates to negative 0.3 percent.  He also said he’d continue creating €60 billion from nothing each month to buy European government bonds through at least March 2017.  If you can believe it, currency markets perceived this as hawkish policy and the euro gained 2.5 percent on the dollar.

At the same time, Janet Yellen, Chair of the Federal Reserve, is gearing up to do the opposite of Draghi.  She plans to raise the federal funds rate a quarter percent later this month, after seven years of ZIRP.  Yesterday, with a straight face, she told Congress that “the economy has come a long way toward (the Fed’s) objectives of maximum employment and price stability.”

Clearly, Yellen’s sweet spot for raising rates has come and gone.  She had her chance in 2014, before oil prices crashed and world trade shuttered.  Now she’s compelled to raise them so she can save what little face she still has.

This, my friends, is the state of what passes for real, deliberate money supply management in the year 2015.  Even Alan Greenspan, the prototype for modern day central bankers, is likely horrified.  Joe Sixpack’s utterly demoralized.