European Council president Jean-Claude Juncker proves just how scary it is to belong in the EU.

Juncker actually stated your vote should be ignored, unless of course you agree with him.

In effect Juncker anointed himself the “All-Knowing God of the EU.”

The following article came out on May 5. I just now saw it, and it provides a fitting lesson of how Juncker thinks heading into the Brexit vote.

Prime Ministers must stop listening so much to their voters and instead act as “full time Europeans”, according to Jean-Claude Juncker. 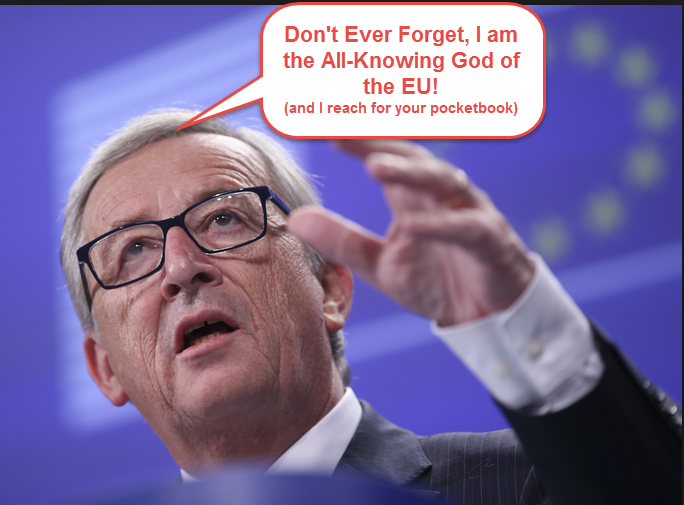 The arrogant gall of Juncker is would be nearly beyond belief for anyone else, but for Juncker, lies coupled with extreme arrogance are the norm.

Other than being a pompous buffoon, Jean-Claude Juncker is most famous for his statement “When it becomes serious, you have to lie“.

Jean-Claude Juncker himself is a perfect reason to vote Leave. He wants your pocketbook for his cause. He is after all the all-knowing God.

Why vote at all? Let’s just appoint Juncker to role of God!