Yesterday we reported that the ECB has begun contemplating the death of the €500 EURO note, a fate which is now virtually assured for the one banknote which not only makes up 30% of the total European paper currency in circulation by value, but provides the best, most cost-efficient alternative (in terms of sheer bulk and storage costs) to Europe’s tax on money known as NIRP. 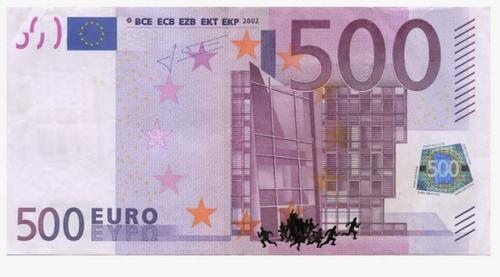 That also explains why Mario Draghi is so intent on eradicating it first, then the €200 bill, then the €100 bill, and so on.

We also noted that according to a Bank of America analysis, the scrapping of the largest denominated European note “would be negative for the currency”, to which we said that BofA is right, unless of course, in this global race to the bottom, first the SNB “scraps” the CHF1000 bill, and then the Federal Reserve follows suit and listens to Harvard “scholar” and former Standard Chartered CEO Peter Sands who just last week said the US should ban the $100 note as it would “deter tax evasion, financial crime, terrorism and corruption.”

Well, not even 24 hours later, and another Harvard “scholar” and Fed chairman wannabe, Larry Summers, has just released an oped in the left-leaning Amazon Washington Post, titled “It’s time to kill the $100 bill” in which he makes it clear that the pursuit of paper money is only just starting. Not surprisingly, just like in Europe, the argument is that killing the Benjamins would somehow eradicate crime, saying that “a moratorium on printing new high denomination notes would make the world a better place.”

Yes, for central bankers, as all this modest proposal will do is make it that much easier to unleash NIRP, because recall that of the $1.4 trillion in total U.S. currency in circulation, $1.1 trillion is in the form of $100 bills. Eliminate those, and suddenly there is nowhere to hide from those trillions in negative interest rate “yielding” bank deposits. 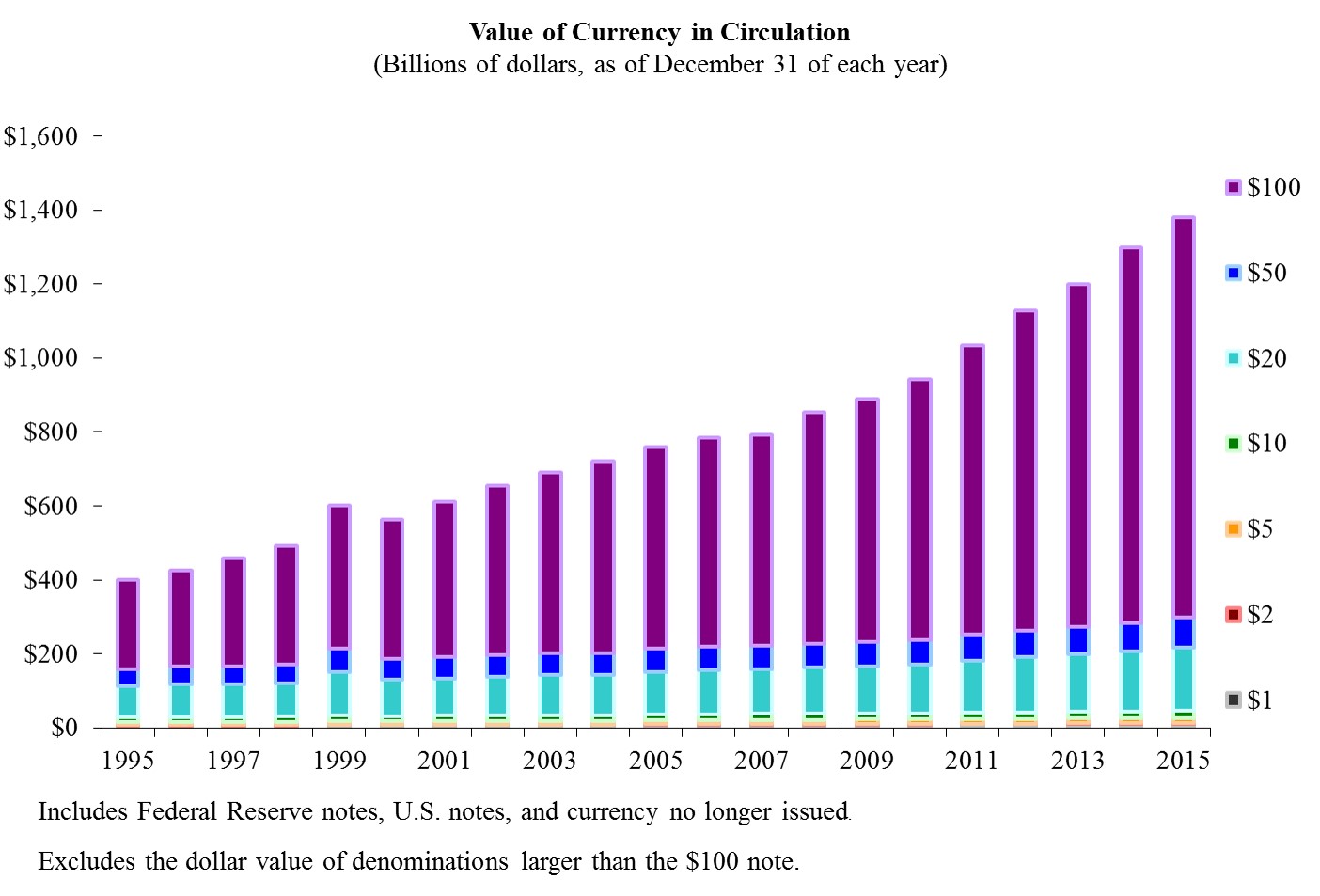 So with one regulation, the Fed – if it listens to this Harvard charlatan, and it surely will as more and more “academics” get on board with the idea to scrap paper money – could eliminate the value of 78% of all currency in circulation, which in effect would achieve practically the entire goal of destroying the one paper alternative to digital NIRP rates, in the form of paper currency.

That said, it would still leave gold as an alternative to collapsing monetary system, but by then there will surely be a redux of Executive Order 6102 banning the possession of physical gold and demanding its return to the US government.

Here is Summers’ first shot across the bow in the upcoming war against U.S. paper currency, first posted in the WaPo:

Harvard’s Mossavar Rahmani Center for Business and Government, which I am privileged to direct, has just issued an important paper by senior fellow Peter Sands and a group of student collaborators. The paper makes a compelling case for stopping the issuance of high denomination notes like the 500 euro note and $100 bill or even withdrawing them from circulation.

I remember that when the euro was being designed in the late 1990s, I argued with my European G7 colleagues that skirmishing over seigniorage by issuing a 500 euro note was highly irresponsible and mostly would be a boon to corruption and crime. Since the crime and corruption in significant part would happen outside European borders, I suggested that, to paraphrase John Connally, it was their currency, but would be everyone’s problem. And I made clear that in the context of an international agreement, the U.S. would consider policy regarding the $100 bill.  But because the Germans were committed to having a high denomination note, the issue was never seriously debated in international forums.

The fact that — as Sands points out — in certain circles the 500 euro note is known as the “Bin Laden” confirms the arguments against it. Sands’ extensive analysis is totally convincing on the linkage between high denomination notes and crime. He is surely right that illicit activities are facilitated when a million dollars weighs 2.2 pounds as with the 500 euro note rather than more than 50 pounds as would be the case if the $20 bill was the high denomination note. And he is equally correct in arguing that technology is obviating whatever need there may ever have been for high denomination notes in legal commerce.

What should happen next?  I’d guess the idea of removing existing notes is a step too far. But a moratorium on printing new high denomination notes would make the world a better place.  In terms of unilateral steps, the most important actor by far is the European Union. The €500 is almost six times as valuable as the $100. Some actors in Europe, notably the European Commission, have shown sympathy for the idea and European Central Bank chief Mario Draghi has shown interest as well.  If Europe moved, pressure could likely be brought on others, notably Switzerland.

I confess to not being surprised that resistance within the ECB is coming out of Luxembourg, with its long and unsavory tradition of givingcomfort to tax evaders, money launderers, and other proponents of bank secrecy and where 20 times as much cash is printed, relative to gross domestic, compared to other European countries.

These are difficult times in Europe with the refugee crisis, economic weakness, security issues and the rise of populist movements.  There are real limits on what it can do to address global problems. But here is a step that will represent a global contribution with only the tiniest impact on legitimate commerce or on government budgets. It may not be a free lunch, but it is a very cheap lunch.

Even better than unilateral measures in Europe would be a global agreement to stop issuing notes worth more than say $50 or $100.  Such an agreement would be as significant as anything else the G7 or G20 has done in years. China, which is hosting the next G-20 in September, has made attacking corruption a central part of its economic and political strategy. More generally, at a time when such a demonstration is very much needed, a global agreement to stop issuing high denomination notes would also show that the global financial groupings can stand up against “big money” and for the interests of ordinary citizens.

And then there was this from Bloomberg:

Lawrence Summers urged countries around the world to agree to stop issuing high-denomination banknotes, adding his voice to intensifying criticism of a practice alleged by police to abet crime and corruption.

“Even better than unilateral measures in Europe would be a global agreement to stop issuing notes worth more than say $50 or $100,” Summers said on his blog on Tuesday. “Such an agreement would be as significant as anything else the G-7 or G-20 has done in years.”

The 500-euro note has been in circulation since the paper currency went live in 2002. British banks and money-exchange services stopped distributing the bills in 2010 after a report showed that 90 percent of demand for them came from criminals. ECB Executive Board member Yves Mersch said earlier this month that his institution still wanted to see “substantiated evidence” that the notes facilitate illegal activity.

For now, “I’d guess the idea of removing existing notes is a step too far,” Summers wrote. “But a moratorium on printing new high-denomination notes would make the world a better place.”

First they came for the $100 bill and nobody said anything…