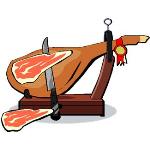 The existing capital stock continues to be frittered away at the expense of savers and retirees.  Nonetheless, central bankers don’t give a doggone about it.  This, after all, is one consequence of roughly eight years of near zero interest rate policy.

Another related consequence is that the pricing equilibrium of capital markets has broken down.  In particular, bond yields no longer reflect a market determined price of money established by the economy’s demand for credit.  Hence, previously unfathomable interest rate movements are now happening with regular occurrence.

Presently, the yield on the 10-Year U.S. Treasury note is sliding into the abyss.  On Wednesday a new record low yield of 1.34 percent was reached.  This is the lowest historical yield we could find based on a review of 10-Year Treasury rate data going back to about 1870.

The last time the interest rate cycle bottomed out was during the early 1940s.  The low inflection point at that time was somewhere around 2 percent.  Where and when rates will finally turn this time is anyone’s guess.

In the meantime, who in their right mind is plowing their hard earned money into Treasuries at these negligible returns?  Obviously, it’s better than the negative rate of return that Swiss 50-year bonds are yielding.   But come on.  Is it not conceivably possible, with the Fed’s desired 2 percent inflation target, that inflation could run-up above 1.34 percent at some time over the next decade?

A Matter of Life or Death

By way of full disclosure, we’ve been anticipating the conclusion of the great Treasury bond bubble for about 8 years – possibly longer.  After a 25-year soft slow slide down from a peak above 15 percent in 1981, it only seemed logical that yields would bottom out around 2 percent and then resume a new, generation long uptrend.  So far this hasn’t happened.  Yields, in practice, have gone down…and then they’ve gone down some more.

In hindsight, we’ve come to recognize that for a number of years we didn’t fully appreciate the significance of one very important component to this credit cycle.  Moreover, it’s something that’s unlike the last credit cycle.

Specifically, with a fiat based paper money system, and extreme central bank intervention, we didn’t account for just how far the limits of illogicality could push beyond what is honestly conceivable.  Perhaps a better imagination was needed.

Over the last few years we’ve made painstaking efforts to recalibrate our expectations.  Namely, we’ve done away with them.

But just because we have no expectations doesn’t mean we are indifferent.  To the contrary, we are far from indifferent.  We observe 10-Year Treasury yield movements with the same acute interest we observe an amorphous skin discoloration appearing on our torso.

What do each day’s slight changes mean?  Will they eventually become a matter of life or death?  These are the questions.  What are the answers?

Larry Summers Wants to Give You a Free Lunch

One possible suite of solutions came to us this week from Larry Summers, the former Treasury Secretary and legend in his own mind.  Summers, no doubt, is so smart he already knows the answers to questions before they are even asked.

“The world,” as Summers perceives it, “is demand-short — that the real interest rates necessary to equate investment and saving at full employment are very low and often may be unattainable given the bounds on nominal interest rate reductions.”

“The result is very low long-term real rates, sluggish growth expectations, concerns about the ability even over the fairly long term to get inflation to average 2 percent, and a sense that the Fed and the world’s major central banks will not be able to normalize financial conditions in the foreseeable future.”

According to Summers, with this low growth and low interest context, government debt levels no longer matters.

“In a world where interest rates over horizons of more than a generation are far lower than even pessimistic projections of growth, traditional thinking about debt sustainability needs to be discarded.  In the U.S., the U.K., the Euro area and Japan, the real cost of even 30-year debt will be negative or negligible if inflation targets are achieved.”

Somehow Summers already knows what interest rates will be more than a generation from now.  And based on the ultra-low rates that Summers sees far out into the future, he believes expansionary fiscal policy can pay for itself.  In other words, federal governments have free reign to massively increase deficit spending and run-up federal debts, because, on balance, the fiscal stimulus will pay for itself.

Do you buy what Summers is selling?  What if bond yields don’t go down over the next generation?  What if they go up?  Then, instead of being self-financing, fiscal stimulus would be self-destructing.

Regardless, by our estimation he’s just promising something for nothing – that he can give you a free lunch.  Alas, policies like these are what got us into this mess to start with.

Sound money, and the just discipline that comes with it, makes more sense to us.  But what do we know?  We’re lacking in many of Summers’ unique qualifications.  For example, unlike Summers, we’ve never lost $1.8 billion of other people’s money.