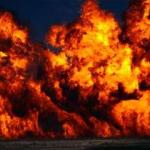 Federal Reserve Chair Janet Yellen finally made good on her promise.  On Wednesday she raised the federal funds rate to a target range of 0.25 to 0.5 percent.  Can you believe it?

After nearly a decade since the last rate hike, and seven years of zero interest rate policy (ZIRP), Yellen stiffened up her spine and did the dirty deed.  But, of course, she also placed a hedge.  She assured Wall Street she was in no hurry to cut off their liquidity.  Here’s a brief excerpt from the FOMC statement…

Indeed, Wall Street gushed over the word “gradual” and promptly bid up stock prices.  The DOW ran up 224 points.  Then, yesterday, the market must have been overcome with buyer’s remorse.  The DOW gave it all back and then some…closing down 253 points.

The dream of a permanently high stock market plateau appears to be fading.  How long the market will hold is unclear.  But at some point, possibly very soon, the dream could turn to a nightmare.  For the commodities market, the nightmare is already here.  The broad stock market may soon follow.

Regardless of if the Fed incrementally raises rate, lowers rates, or holds pat, it really doesn’t matter.  Irreversible damage has been done to the world economy.  You can hardly look at an asset class without cringing at its utter disfigurement.

Take junk bonds, for instance.  They’ve been wholly mutilated like a circus sideshow freak with pins and tattoos covering his face.  Observers gasp and recoil.  But they don’t dare look away.

The quest for yield, thanks to delusional Fed policy over the last seven years, lured more and more investors into non-investment grade bonds.  According to David Stockman, junk bonds outstanding rose from $700 billion in 2007 to $1.7 trillion by the end of October 2015.  That amounts to a 242 percent increase in high risk assets, propelled onward and upward by the powers of ZIRP.

Naturally, the more junk that was bought the lower the spreads went.  Despite being deemed very high credit risk, investor action gave junk bonds the appearance of being very low credit risk.  Yet just because spreads narrowed doesn’t mean the risk disappeared.  Rather, risk’s latent potential built up and revealed itself at the worst possible time.

Over the last several months the selling of junk bonds has increased, culminating with a rapid selloff last Friday.  Perhaps it was in anticipation of the Fed’s rate hike.  Perhaps it was due to the realization that oil prices aren’t going up any time soon and shale drillers are going belly up.

Going forward, junk bonds could be the trigger for a much larger financial crisis.  This, and other ruckus, is just some of what we have to look forward to in life after ZIRP.

Life after ZIRP – that’s now – will be much like life before ZIRP.  The sun will still set in the evening.  Moreover, it will also still rise in the morning.  Flowers will bloom, then decay and die.  New buds will blossom again come spring.

However, there will several important differences.  The world we’ve all come to know the last 35 years, where interest rates steadily decline, thus easing debt burdens year after year is over.  The Fed’s rate increase may be the impetus that finally reverses the long-term credit trend.

Increasingly more expensive credit will, in turn, produce increasingly less expensive asset prices.  Though, even if interest rates don’t go up in earnest, asset prices could still come down.  Within this wild world of fiat money creation anything can happen.

For example, we could be in for a strange twist.  Specifically, credit may not immediately become more expensive but, because asset prices have become so distortedly overvalued and the economy’s become so saturated with debt, asset prices could still deflate.  In other words, homeowners and other borrowers can still find themselves underwater in a world of low interest rates.

The point is financial markets were so disfigured over the last seven years that ZIRP stopped being accommodative.  Markets adjusted to the cheap credit and became dependent upon it.  So now that it’s finally gone, if ever so slightly, its lasting effect will remain.

Decades of damage cannot be overcome in just a year or two.  Life after ZIRP will be more callous and less forgiving for many years to come.

Return from Life After ZIRP to Economic Prism