By Ciara Linnane at MarketWatch

Another day, another flurry of gloomy earnings reports.

Thursday was the busiest of the current season so far, and while there were some bright spots, it mostly continued the trend of widespread sales misses and lowered guidance for the rest of the year.

A wide range of companies have missed sales forecasts this week, weighed down by the now familiar list of factors that include the strong dollar, the slowdown in China and the weakness in commodities. There is also growing concern that the Federal Reserve may have pulled the trigger on interest-rate hikes too early.

As per-share earnings are more easily manipulated through such actions as share buybacks, the sales number is a key metric in understanding underlying performance. And the stream of sales misses has analysts using the R word—recession, either confined to the industrial sector or even applied to the broader economy. 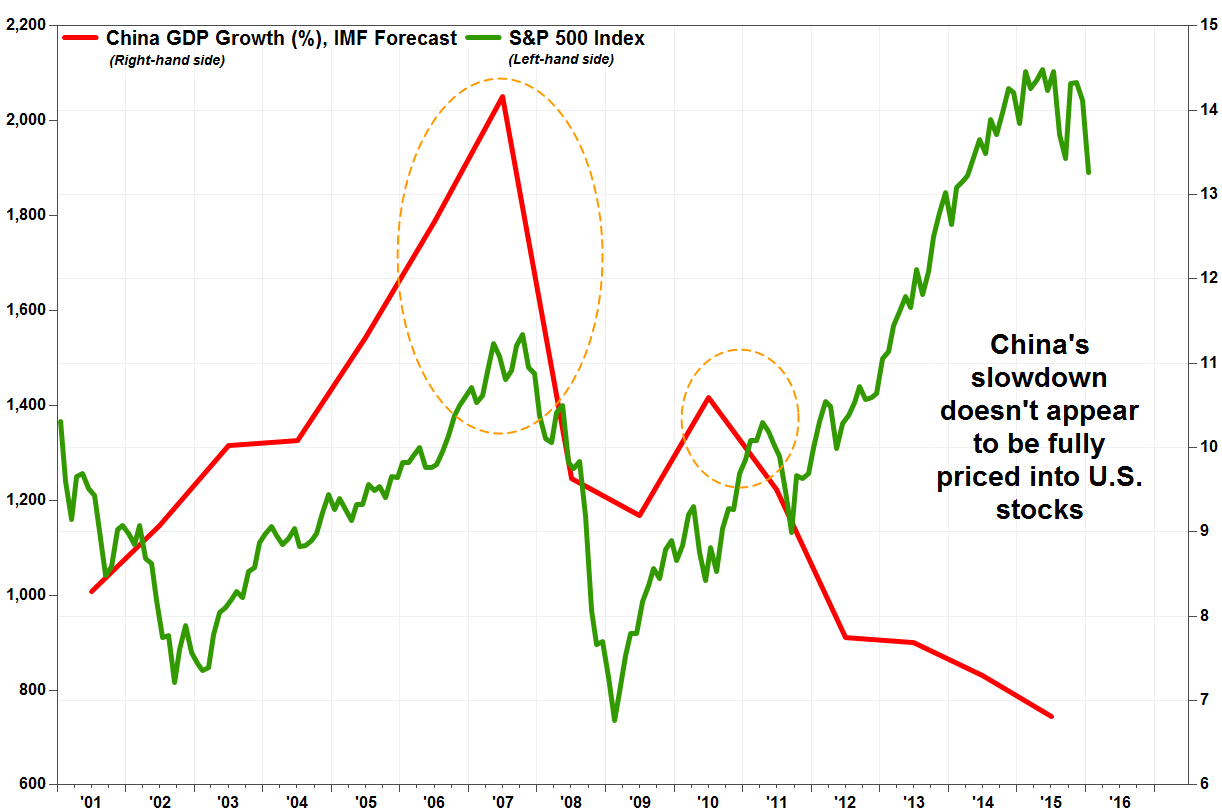 Reflecting the gloom, Credit Suisse analysts on Thursday revisited lessons learned from past recessions, in an attempt to address growing concerns about the state of the world.

The bank’s economists are still expecting growth of just above 2% for the next two years, although they acknowledge risk stemming from credit markets, energy and China. “Given these risks and escalating investor fears, we have taken a deep dive into the implications for U.S. equities if the U.S. falls into recession,” they wrote in a note.

The bad news: history suggests recessionary periods lead to a 33% pullback in equities on average, the analysts found. The good news: that is typically followed by a rebound of 62% on average.

Source: These Earnings Suggest We May Be Headed For Recession – MarketWatch