By CHUIN-WEI YAP at The Wall Street Journal

CHENGDU, China—For as long as Deng Wanyin could remember, the sprawling steel mill in the outskirts of this city has been a part of his life. The 42-year-old forged steel pipes here, as his father had before him. He met his wife in the apartments the state-owned mill provided to house its workers. Their daughter was raised in the mill’s schools.

One day in late March, notice came that the mill was shutting down.

“When I heard the news, all I felt was an expanse of emptiness,” Mr. Deng said. “I never imagined that this would happen.”

The closing of the Pangang Chengdu Steel & Vanadium Co. is leaving Mr. Deng on the sharp edge of China’s juddering economic slowdown that is unsettling global markets. About 16,000 workers have been given buyouts, upending long-entrenched livelihoods centered on the mill, known locally as Panchenggang, after 57 years in operation.

With the mill silent, the sound that dominates the area of faded shophouses and hulking apartment complexes these days is the din of crickets, rising and falling against Sichuan province’s lush greenery. The smog that used to blanket the area has thinned out, and the sharp odor of ammonia from nearby chemical factories, also closed, is gone.

The uprooting of company towns is part of a painful transition as the heavy industries that for decades powered China’s rise fade amid falling demand and overinvestment. The government is trying toshift the giant economy to a new track built on consumer spending, services and technology-driven manufacturing.

Fears that the shift is proving trickier than Beijing can handleundermined the confidence of investors world-wide that China would soon re-emerge as a source of global growth.

Growth in industrial production continued to sputter in July, falling to 6%, compared with more than 23% in the heyday of growth a decade ago, and the target of 7% GDP growth this year would be China’s slowest in about a quarter century.

Mr. Deng, after receiving a buyout equivalent to about six years of pay—150,000 yuan ($24,000)—for his 26 years of service at Panchenggang, fretted about finding a job and paying for his daughter’s college education. He got hired back by the company, working at a smaller, specialty pipe-making unit that isn’t being closed, for a similar wage but without benefits. Contract workers like him are the first to be fired, he said, and none of the 14 colleagues who worked alongside him making pipes for oil and gas were rehired.

“A lot of people in the mill used to say they would work here until they retired, but nobody believes in the company anymore,” said Mr. Deng, whose crew cut is receding, and whose face, once chubby in wedding photos, is now lined. 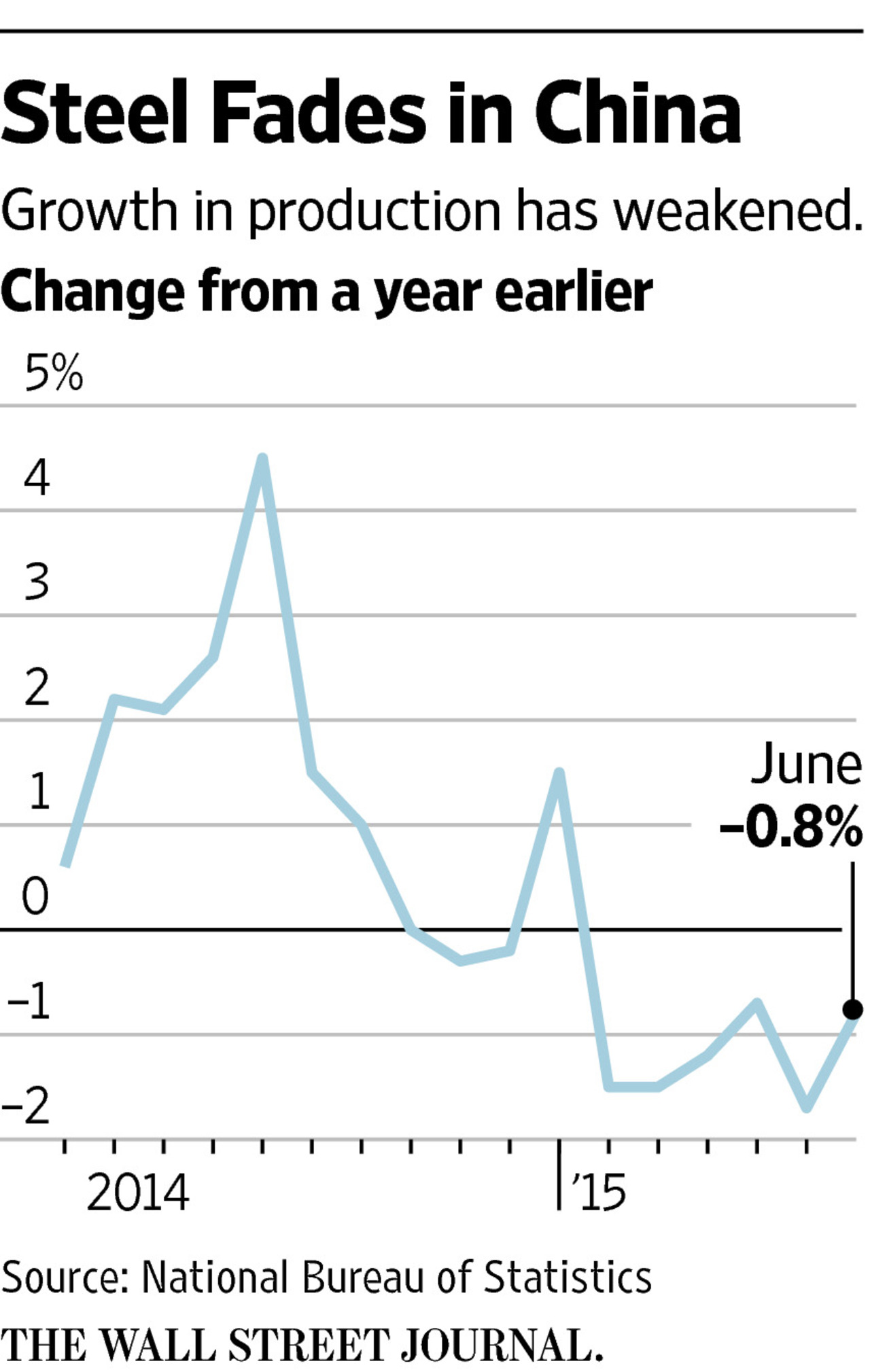 Cities and towns across China are losing some of their biggest employers in a process reminiscent of the factory shutdowns that decades ago hit Rust Belt America, from Detroit to Baltimore.

Paper mills are being forced out of the southern city of Dongguan as it tries to prod manufacturers to move up the value chain. In the northern county of Luquan, made wealthy by cement, scores of polluting producers have shut down as the local government tries to retool the area for tourism; a full-scale replica of the Great Sphinx of Giza—made of cement—stands on the city’s edge.

As communities begin to hollow out, it is straining a social compact that has been a feature of the Communist Party’s rule: that state-owned companies would take care of the industrial workforce, even in difficult times. It is a bargain meant to keep workers from going on strike, or worse, becoming a source of antigovernment unrest, like the dockyard workers who helped bring down Poland’s communist government.

In Qingbaijiang, the industrial district where Panchenggang sits north of Chengdu, thousands of residents have gone elsewhere in search of employment. “For Rent” signs line the streets of once-bustling neighborhoods. Petty crime is edging up.

“I can’t even afford to pay the rent. Why work here anymore?” said 49-year-old Lu Yufang, who operates a convenience store underneath an apartment complex Panchenggang built for its workers. Her rental costs 700 yuan a month. In Panchenggang’s heyday 10 or 15 years ago, she could make 3,000 yuan a month easily and closed each night at 2 a.m. because the throng of unmarried workers socializing in the shop kept the till humming.

A victim of China’s economic slowdown, the massive ‘Panchenggang’ steel plant in Chengdu had 16,000 workers when it was closed this year.

Now she shuts at 9 p.m., well after the trickle of elderly patrons has petered out.

“Who would have thought that a central state company would shut?” she said. “I never thought it was possible.”

Panchenggang is the single largest state-owned steel mill in China to be shut down in six decades. Most of its two-million-metric-ton annual capacity will be mothballed, city officials say.

Such large-scale retrenchment is rare for an industry that is politically influential and emblematic to economic planners of industrial might. After Beijing began dismantling small and medium-size state companies in the 1990s, Big Steel only got bigger, eventually employing four million workers. It was part of a government plan to preserve control of key sectors like metals, energy, water and transport. China’s annual steel production is currently at about 800 million tons.

The industry marched on despite massive overcapacity that hasswamped global markets and, ultimately, profitability. Chinese steel prices have fallen 60% from January 2012, pummeled by a weakening construction sector. Even so, as the downturn began to bite last year, some steel mills and the local governments that rely on them to create jobs and revenues resisted closure.

Anshan Iron & Steel Group Co., Panchenggang’s state-owned parent, said in public statements that the closing is meant to eliminate excess capacity. A statement on Panchenggang’s website in April also praised the shutdown as an “active response and contribution” to the nation’s “environmental governance.”

As a noncore subsidiary making low-value products and losing money, Panchenggang made a ripe target, said Graeme Train, an analyst at Macquarie Commodities. Its inland location meant higher transportation costs that made its products more expensive than many rivals.

The government-backed steel association said the closure is meant to serve as a template for others to shut down unneeded mills. A spokesman for Anshan confirmed Panchenggang’s shutdown but declined further comment.

First called the Chengdu Iron and Steel Factory when it opened in 1958, the mill was a landmark project in one of the earliest industrial bases of the command economy. It offered a life of decent pay and cradle-to-grave services that was far better than tilling China’s punishing farms.

A labyrinth of boxy buildings and soaring chimneys looming over an area the size of 30 football fields, the mill formed a backdrop for all Mr. Deng’s milestones. It offered the security that his parents urged Mr. Deng to work toward. It taught him a craft that was widely applicable across the thousands of mills in China.

He and his wife celebrated their wedding in a small neighborhood restaurant, jammed with the colleagues who had introduced the two when they lived in dorms for unmarried workers.

The family got free transport, education for his daughter, hospitals and housing. The company used to send traditional gifts to workers to mark festivals: rice dumplings for the Dragon Boat Festival, cooking oil and rice for Spring Festival, eggs for the Mid-Autumn celebrations. It still provides washing powder and soap, but the holiday gifts are gone. 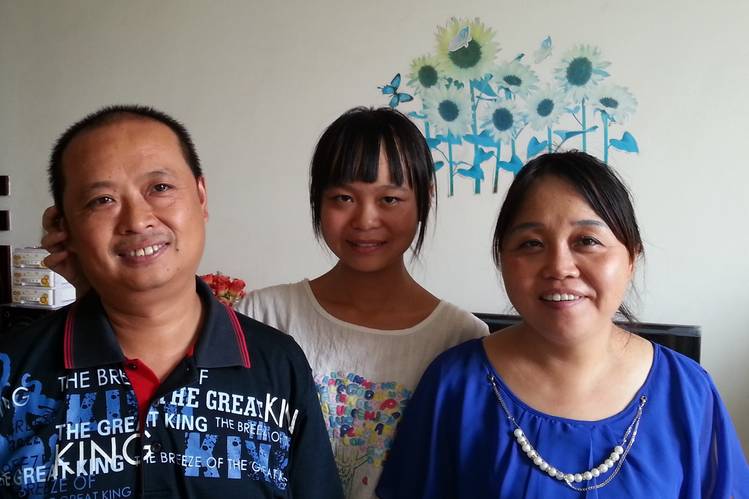 Troubles began intruding with China’s changing economy. Three years ago, Mr. Deng and 5,000 other workers massed at an entry ramp to a major highway, a commercial lifeline for the mill, protesting over three days for higher wages to keep pace with the raises being given mill executives.

After announcing the shutdown this spring, Panchenggang unspooled the buyout process over four rounds, a strategy workers said was designed to contain unrest. The intervals between each round were at the mill’s discretion, allowing Panchenggang to keep the workers guessing and to deal with them in small groups.

Sitting in their small two-bedroom apartment with his 17-year-old daughter, Mr. Deng said much of the pressure has been psychological. He has lost 22 pounds (10 kilograms) since the buyout. “Even if we did get more than 100,000 yuan from the buyout, we don’t dare to spend it, because we want to leave some for the girl to go to university,” he said.

Mr. Deng now walks to work. The buses the mill used to provide don’t run anymore. The free lunches, too, have gone.

The pipe-making unit he returned to is a quarter of its original staffing. Colleagues still employed at the unit questioned why someone who had accepted a buyout was being hired back. Worried by these jealousies, Mr. Deng gave up his job of stress-testing oil pipes in an air-conditioned room—which co-workers regarded as a cushy post—and now operates a crane shifting steel in an unventilated warehouse.

As the pressures grew, so have the strains on community. The Dengs’ social circle has shrunk. Mr. Deng used to have his drinking buddies and his wife had her mah-jongg clique. All their friends used to be mill workers. Many have now left Qingbaijiang, and the Dengs hardly go out. 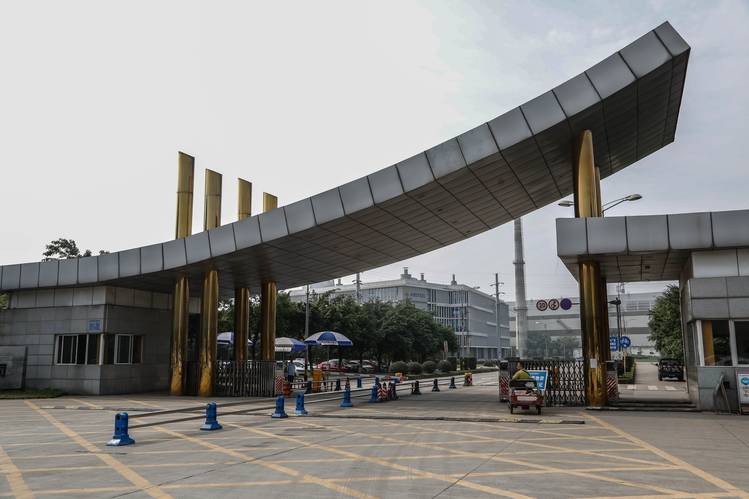 ENLARGE
The once-bustling entrance to a unit of Panchenggang is now nearly deserted. PHOTO:TIM O’ROURKE FOR THE WALL STREET JOURNAL

Tang Jian, a 29-year-old who took the buyout, stood shoulder-to-shoulder with Mr. Deng against riot police at the 2012 wage protests and kept in close touch during the buyout process. After the buyout, Mr. Tang left Qingbaijiang, returning periodically only to party with other buddies well into the night. Mr. Deng was out of the loop. Both men had become too busy with their own lives.

About two-thirds of those laid off, including Mr. Tang, remain unemployed, workers estimated.

To help defray living expenses, Mr. Deng’s wife, Chen Mingqiong,took to operating an unlicensed pedicab, though it made her “a bit embarrassed,” she said. Like many steelworkers, Ms. Chen came from a farming family. She was admired back in the village after getting hired at the mill, where she assisted ironworkers in the mill’s main factory. “Everybody envied me when I could get out of the farm,” she said. She gave up the unlicensed pedicab in June because she worried about getting caught. Now, she is thinking of working in a restaurant. But the area is emptying out.

The Panchenggang Qingbaijiang District Hospital in the center of town is being sold to a private company and restructured, with 115 doctors and other staff being offered buyouts, the hospital said.

Deserted Panchenggang buildings earlier this year were used as a meeting point for criminal gangs and gunfights, according to a state media report confirmed by local police.

“Safety isn’t a major issue yet, but there are more cases of things likepianchi”—running without paying the bill—said Lu Qilian, a 70-year-old pedicab driver.

An apartment complex where Panchenggang formerly housed 2,000 unmarried workers is now nearly deserted. On a recent evening, only about 10 people dined at the building’s 50-seat mess hall, which used to have to juggle customers. As a handful of diners ate, a woman came into the restaurant and handed out glossy brochures for Yihu Rose Garden, a proposed condominium project of 1,200 high-rise apartments ringed around an artificial lake a few blocks from the mill.

So far, those businesses haven’t materialized. The government is helping to soften the blow by offering retraining classes, a prerequisite for unemployment benefits of about 1,500 yuan a month, which can be claimed for two years. A job-search agency flags employment opportunities, but workers said it is a last and often ineffective resort.

Mr. Deng is certain that steel won’t last a third generation in Qingbaijiang.

He is eager to send his daughter to one of Beijing’s prestigious universities when she graduates in two years. She is free to decide on her career, he said, “just not the steel industry.”

Source: China’s Shift Away From Industry Drains Life From a Steel Town – WSJ