For Caterpillar, the great recession was bad, for about 19 months. In May 2010, after declining sharply for just under two years, CAT posted it first positive global retail sales comps and never looked back… until December 2012 when comp sales once again turned negative and have been negative ever since. For the past 41 months! 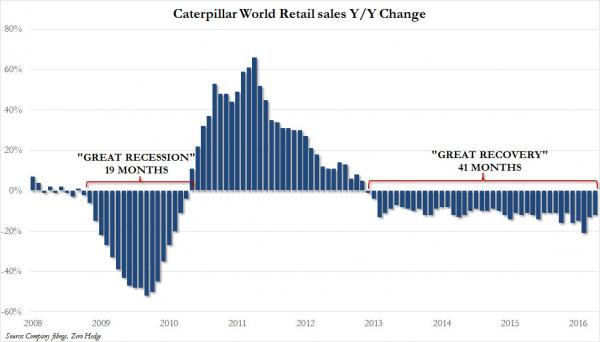 The breakdown showed that contrary to popular opinion, there has been no pick up in demand for heavy industrial machinery anywhere around the globe. 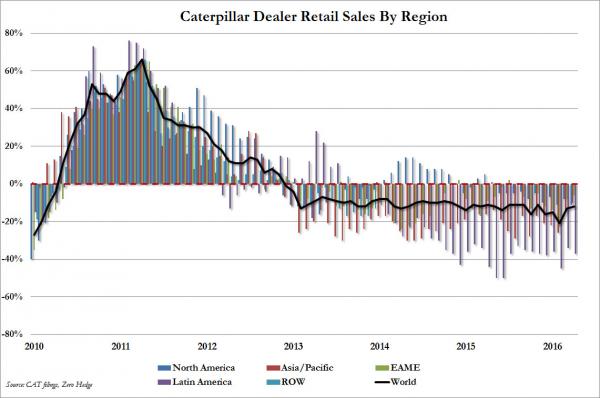 And a quick comment from Axiom’s Gordon Johnson who reminds us that CAT’s sales guidance implies a rebound in the second half, yet North America sales are worsening.

While some modest improvements were observed (i.e., the declines in Asia/Pac slights moderated in Resource Industries & were up for a second straight month in Construction), declines in North America look to be deepening in both Construction & Resources.

This seems to be a bad start for a company guiding to a back-end loaded rebound in 2016 sales.

Don’t worry Gordon: there are always millions in buybacks to fix anything “bad”