While day after day we are told how fantastic auto sales are in America… and how the reported data from the automakers shows just how ‘strong’ the US consumer must be.. and therefore the US economy.

However, as the following chart shows – it’s all false!!

Relative to apparently surging sales, inventories of (unsold) motor vehicles are at their highest since August 2008… 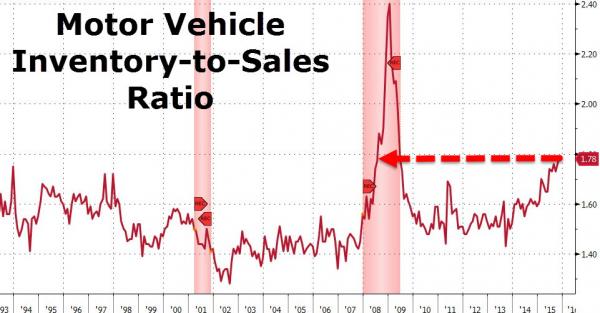 In other words, the channel-stuffed “see how well we are doing” smoke and mirrors of credit-fueled malinvestment has hit a wall and yet the automakers – afraid to signal any chink in that armor – kept producing… there is only one way this ends… badly!

Simply put – The last time automakers channel-stuffed this much, Lehman and GM went bankrupt shortly after.