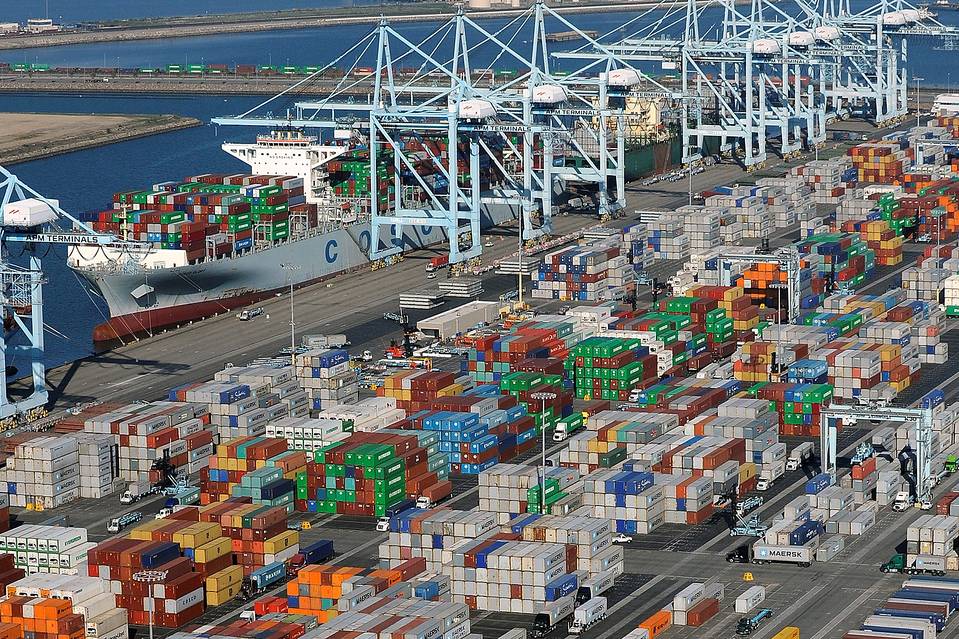 Imports slumped at the nation’s largest port complex in August, a sign that retailers remain cautious in their outlook for holiday sales amid changing patterns in consumer spending.

The nation’s two largest container ports, in neighboring Los Angeles and Long Beach, Calif., imported a combined 732,992 20-foot equivalent units, a standard measure for container cargo, in the month of August. That was down 4.3% from the same month last year. Long Beach’s import volume declined 10.2% while inbound loads in Los Angeles rose less than 1%.

Retailers usually step up imports from Asia in late summer and early fall to prepare for the annual surge in holiday consumer spending. This year’s peak shipping season was expected to be weak as retailers focused on slimming store inventories as more of their customers shop online. U.S. retail sales declined in August, raising concerns about how much consumers would spend for the remainder of the year.

But the volumes coming through Southern California were worse than anticipated. The National Retail Federation and research firm Hackett Associates predicted nationwide imports through major ports would slip 0.4% in August.

Some major East Coast hubs reported strong monthly growth last month. In Virginia, loaded imports rose over 15% from a year ago. In South Carolina, loaded imports rose 7.2% over the same period. And despite the year-over-year decline, the Southern California ports’ August imports were up by more than 7% from 2014.

September volumes could be harder to predict, as they will be the first to reflect the bankruptcy of ocean carrier Hanjin Shipping Co. The shipping line’s failure delayed the delivery of hundreds of thousands of containers and has driven up freight rates on routes spanning the Pacific Ocean. Dockworkers at U.S. ports have faced congestion and delays.

“Millions of dollars worth of merchandise is in limbo at the moment,” the National Retail Federation’s Jonathan Gold said in a statement. He added that many of the delayed containers should be unloaded by the end of the month,, and the NRF predicts imports will rise 5.3% in October compared with last year’s total.

Exports were a bright spot. Los Angeles and Long Beach reported combined exports of 312,252 TEUs—an increase of 10.5% over last August on the outbound side. Analysts attributed the rise to a weakening in the value of the dollar in recent weeks, which has made U.S. goods more affordable in foreign markets.