By Jesse Felder at The Felder Report

The NYSE just released the margin debt numbers for March and, considering the rally in stocks we’ve seen, it wasn’t much of an uptick. In fact, the nominal level of margin debt remains well below its 12-month average. 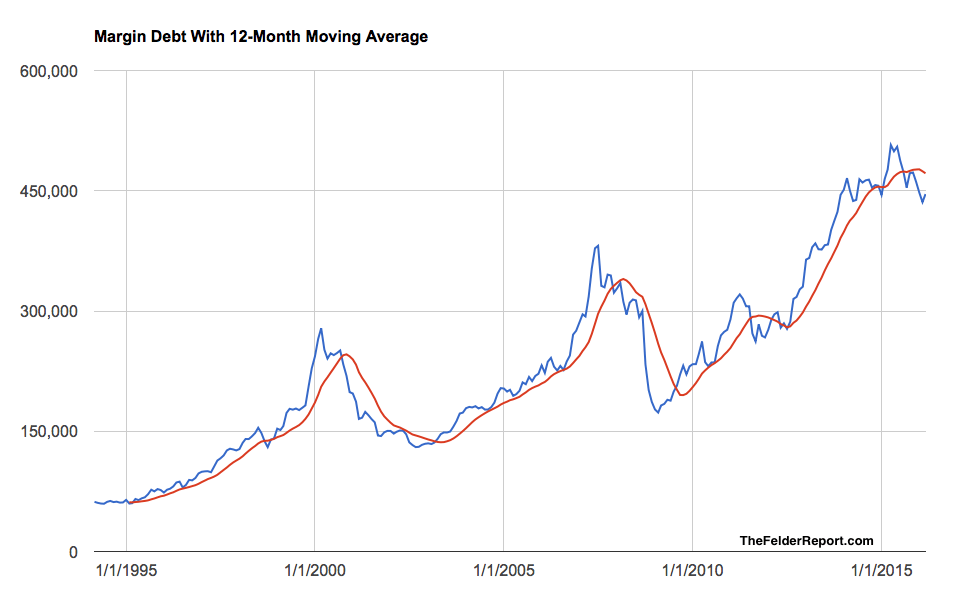 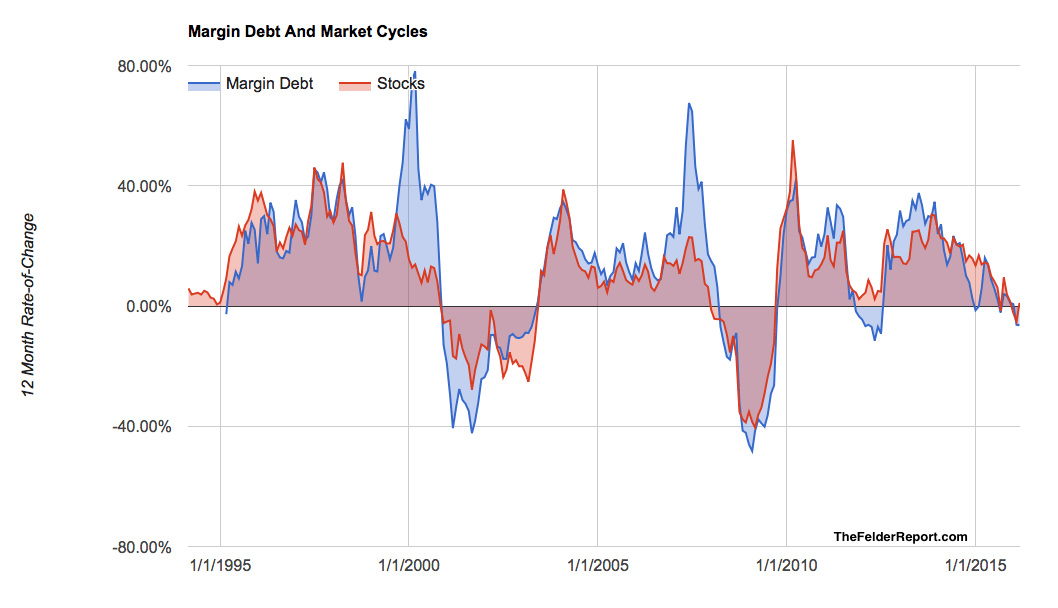 Now this sort of a downtrend in margin debt doesn’t always lead to a bear market but let’s put it into some context. Not only is margin debt now in a downtrend, it’s coming off of the highest absolute (top chart) and relative (chart below) highs ever seen. 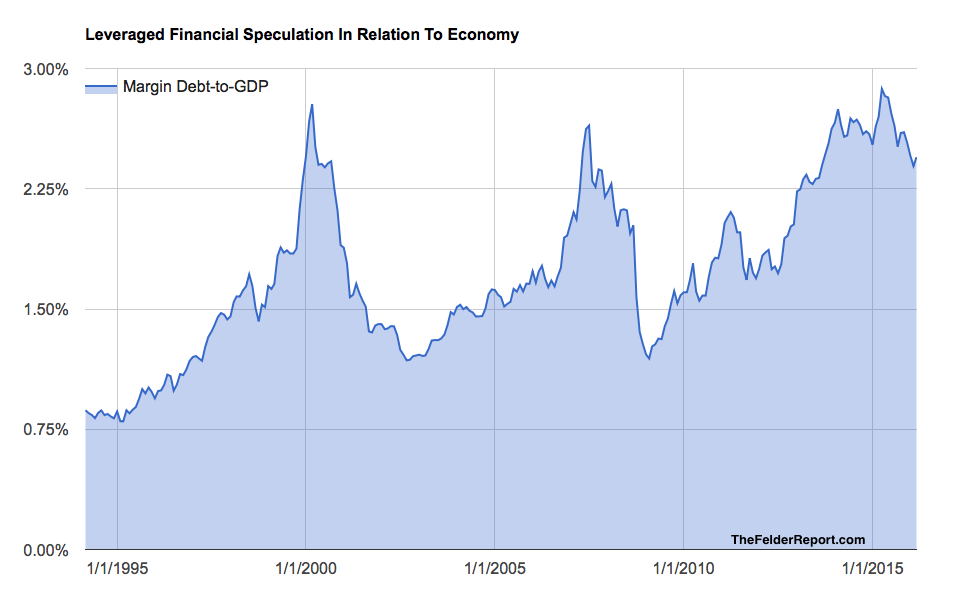 And if you think if margin debt as a simple indicator of potential supply and demand for stocks (when borrowing is low there is great potential demand and vice versa), this should have you worried about another bear market. And the statistics bear this out.

When margin debt has reached relative extremes it has been a very good indicator of, in the words of Warren Buffett, broad investor, “fear and greed.” To demonstrate, when financial speculation relative to the overall size of the economy has been very low, forward 3-year returns have been very good and vice versa. 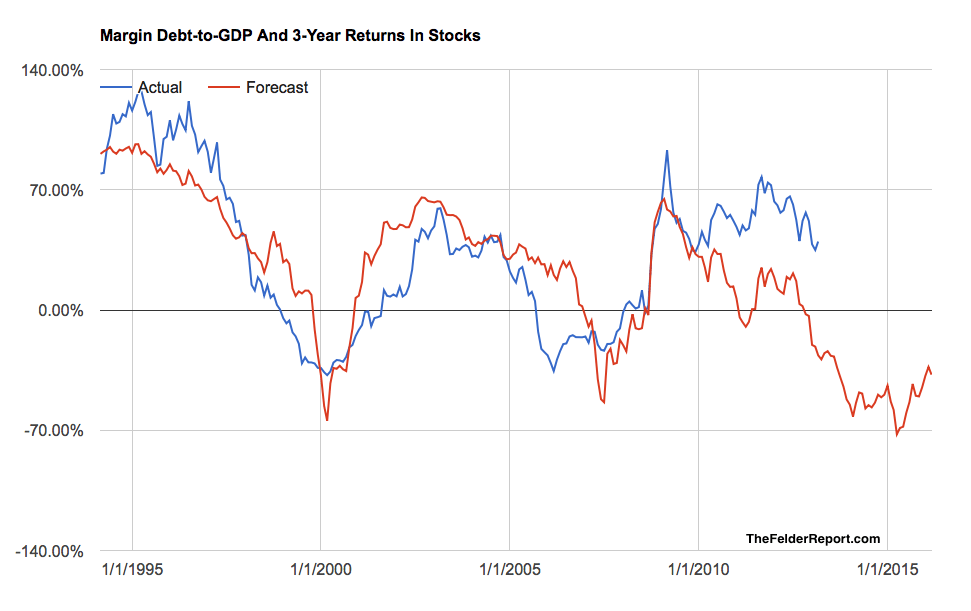 What’s important to note today is that margin debt is now in a downtrend and its massive relative size suggests returns over the next 3 years will be very poor. In other words, based solely on this one measure, buying stocks today presents investors with a great deal of risk for very little potential reward.

Source: This Indicator is Still Flashing a Bear Market Warning – The Felder Report