By one measure, U.S. stocks are even more expensive than they were during the tech bubble of 2000.

While price-to-earnings ratios, which can be manipulated by financial engineering, aren’t at alarming levels, price-to-sales ratios indicate stocks are well beyond being merely fully priced, as the chart from Ned Davis Research below shows. 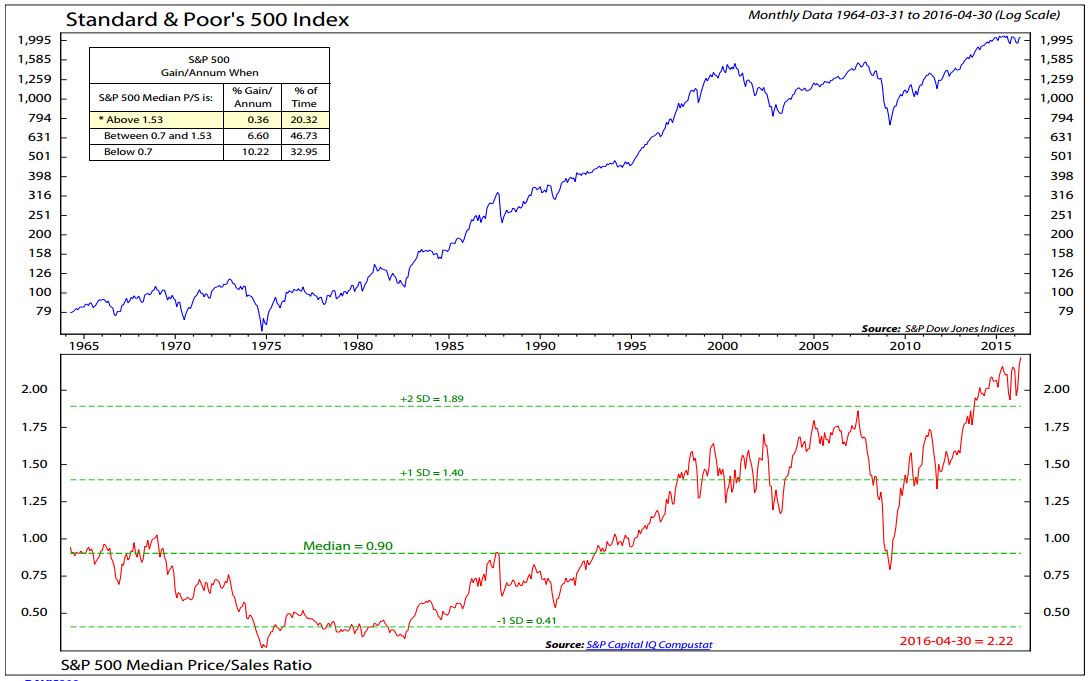 The median P/S at those levels suggest that, unlike the bubble of 2000, when tech stocks led the price appreciation, the vast majority of large-cap stocks are now too expensive.

One of the reasons for a rise in the P/S ratios is declining revenue over the past three quarters as prices climbed to near record levels.

On revenue basis, U.S. stocks are as expensive as they have ever been. But it’s not the only metric. They are expensive if you look at cyclically-adjusted or Shiller price-to-earnings ratios,” said Meb Faber, co-founder and chief investment officer at Cambria Investment Management.

Shiller PE, which is price-to-earnings ratio based on average inflation-adjusted earnings from the previous 10 years, is at 26.2, its highest level since 2007. The Shiller PE reached that level in 2014 and has largely stayed there.

Faber, who says that U.S. stocks are also among the most expensive equity markets globally, is optimistic about alternatives.

“The good news is that the rest of the world is cheap and promise much higher returns than the U.S. stocks,” Faber said.